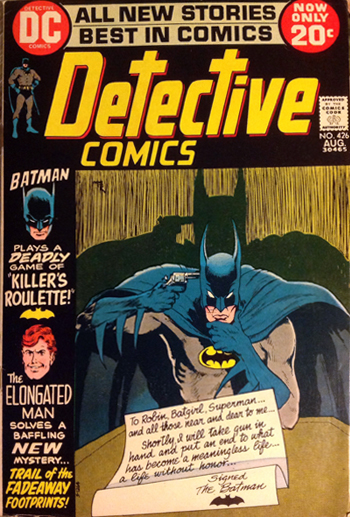 This comic was released three months before Swamp Thing #1 in 1972.
I was surprised at how daring the subject matter was but the ad below was what drew me to the book.

The ad can also be found in Superboy 189. I’m on the lookout for other comics that feature the ad.

One thought on “Detective Comics 426”