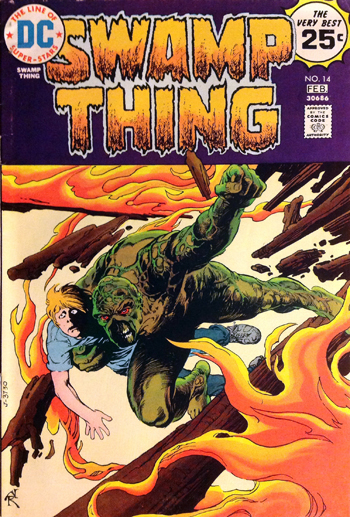 There are some great spreads in this issue.
Swampy encounters all walks of life; Angry town folk, children with psychic powers… 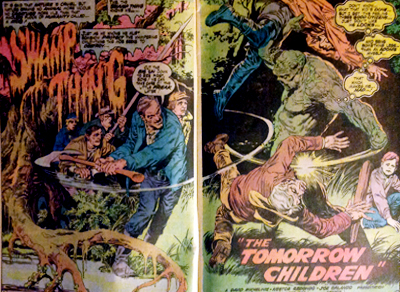 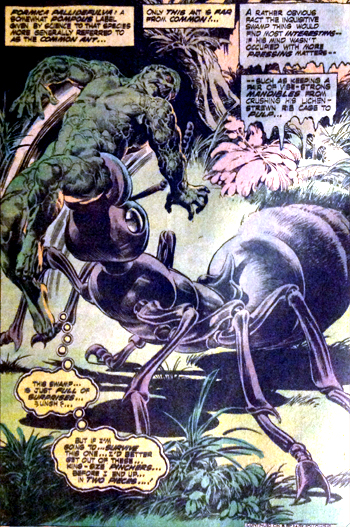 Angry town folk used to brandish torches. Nowadasys they wield flame throwers thanks to the kind folks at the Chatham Armory 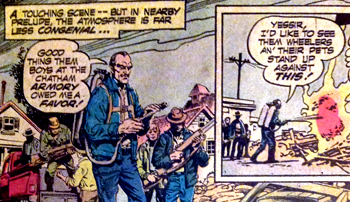 Children with psychic powers know where all the good swamp melees are. 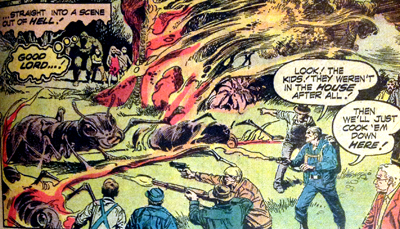 I could be wrong but I believe this is the first and only time Swamp Thing relies on his strong kicking abilities during a skirmish. 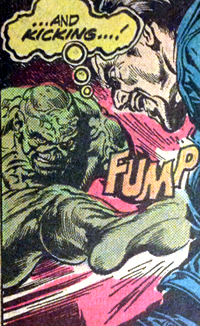 When all is said and done, ST is not impressed by the town folk, their ignorance and hate for all things different is too much for his muck encrusted man feelings. 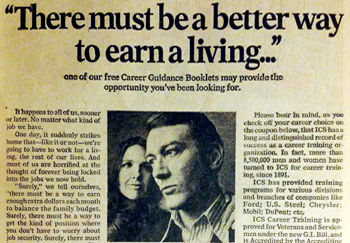 For sure, there’s gotta be… right? 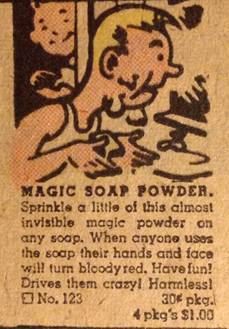 “Their hands and face will turn bloody red” I’m sold.

“Looks like you’re really bleeding!” Give me all you got of that. 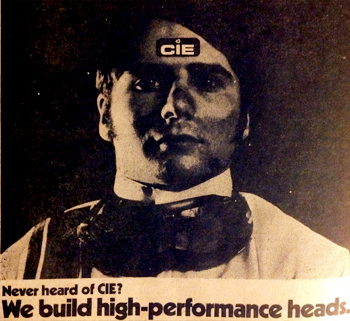 Those hieroglyphics translate to “I just can’t leave it alone!” 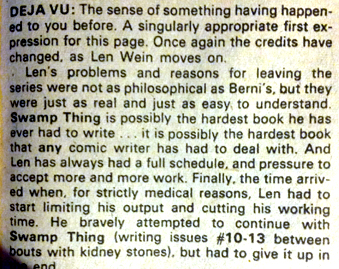