Patchwork Man at it again in the lingerie department. 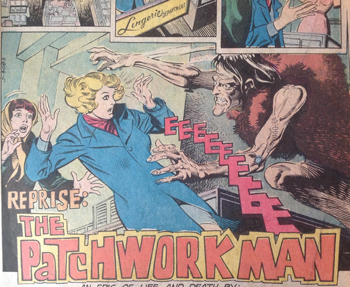 Book ’em! I wonder if Patchwork Man is wearing a bear skin or if Anton Arcane used a bear torso for his brother’s monster body.

While being held captive, one finds the time to reflect on life.

Before Anton Arcane became a full fledged psycho scientist he invented the snuggie.

Patchwork Man was Gregori Arcane (father of Abigail Arcane) but Gregori stepped on a land mine and his brother Anton Arcane pieced him back together. 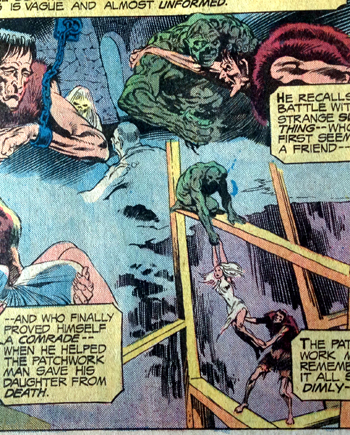 There he is. Swamp Thing makes an appearance as part of a flashback from issue 3.

Patchwork Man fell to what should have been his doom. He was found, captured and shipped off to New York. 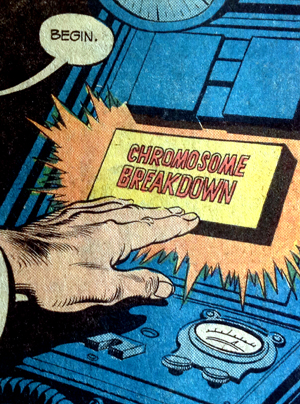 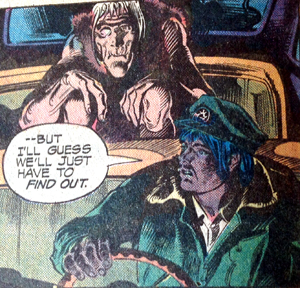 The ending is quite comical. Patchwork Man looks quite comfortable in a taxi. 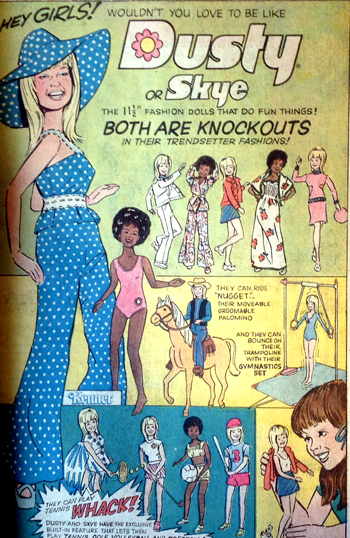 The girls that read Swampy in ’76 must have loved Dust & Skye.
I’d like to know the thought process of the folks who placed this ad. 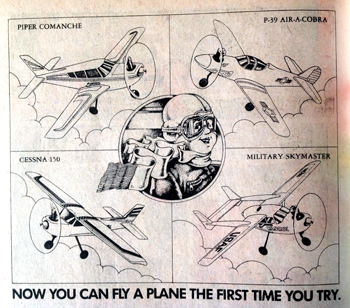 Piper Comanche is a great name.