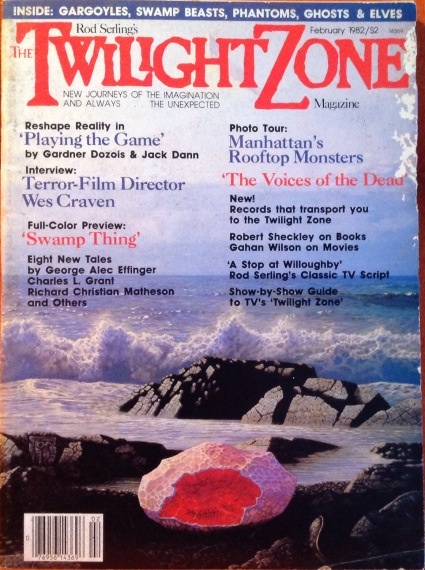 I had never read this magazine before and was very impressed by the writers and content.

There were quite a few ads relating to the environment and humanitarian efforts which was refreshing and surprising.

it even has a music column

There were two articles that mentioned Swamp Thing, one was more focused on Wes Craven. 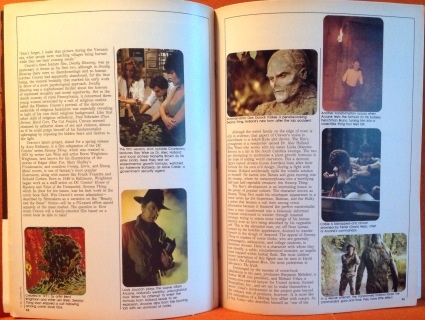 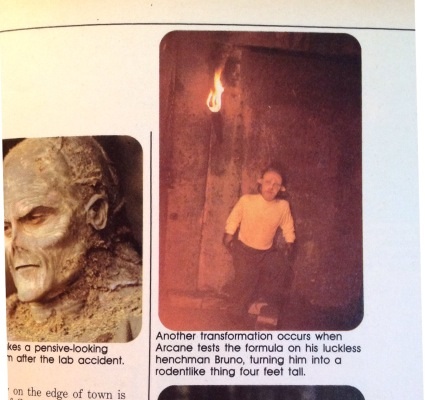 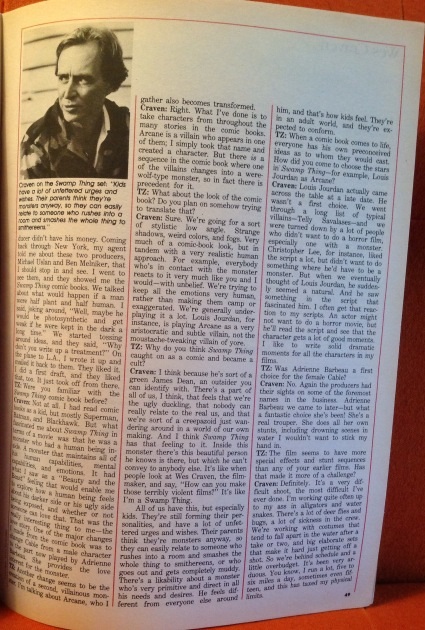 It’s fun to read Craven’s thought process on the character.

Telly Sevalases would have made a great Arcane!

Green James Dean, I love it.

Craven mentions the crew and cast being up to their asses in swamp, snakes and alligators