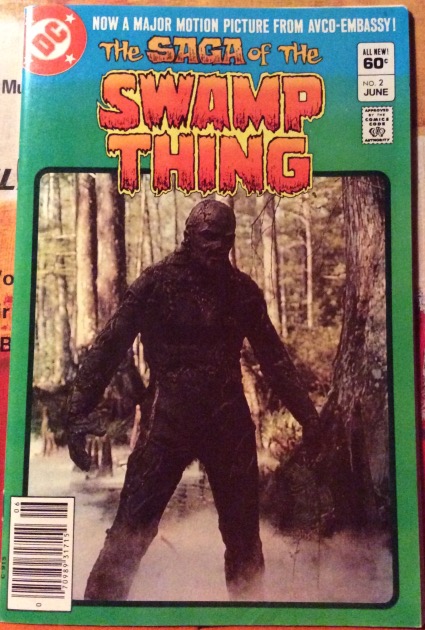 A merry Christmas and happy holidays to all. I was fortunate enough to receive some wonderful Swampy related items for Xmas and can’t wait to share them. In the meantime, Here is issue two.
The cover features Swampy from the movie but fear not, there are no live action Swamp Things in this book. I did not notice anything leading up to the release of the second series as to why Swampy would start out in the swamps of North Carolina but I wonder if it had something to do with the movie. The movie was indeed set in Louisiana but the film was shot in South Carolina. South Carolina being just south of North Carolina, maybe there was some sort of thought process there? That’s all I got, I know… its a stretch. 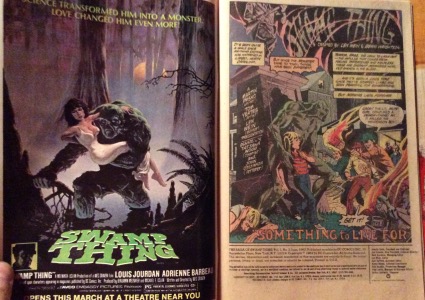 Swampy has found a companion in the Clancy girl. The town folk think she is a witch. She communicates with Swamp Thing telepathically. 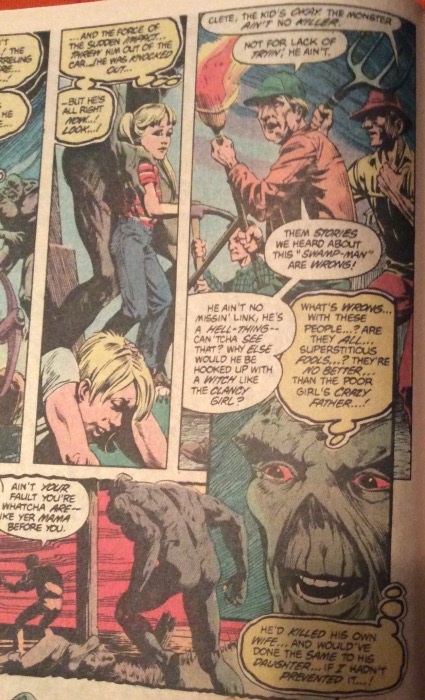 I don’t recall if it is brought up again in later issues but I think Casey brought the young man back to life with the power of her witch mind. You may notice the young man is clutching his neck in the title page, I can’t imagine he could have survived the accident from issue 1.

Towns people are as common as flaming torches 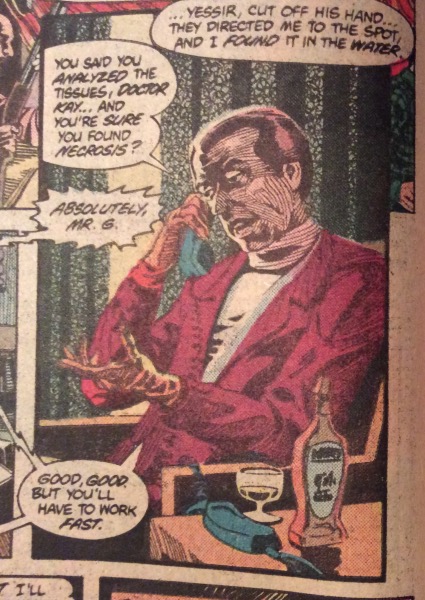 Dr. Kay & Mr G would be a terrific sitcom. 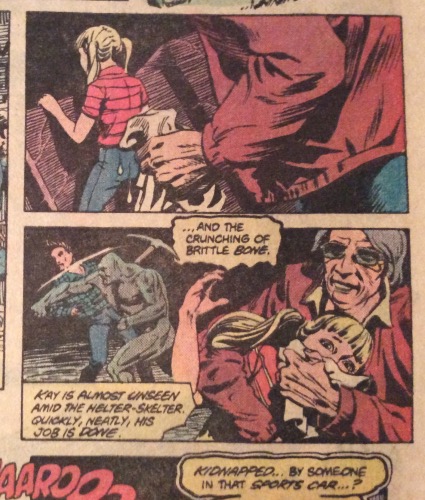 The Doc has no problem knocking out a child. 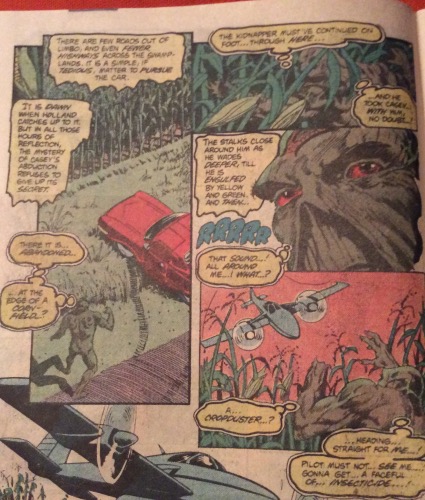 Back at the ol’ Sunderland Ranch 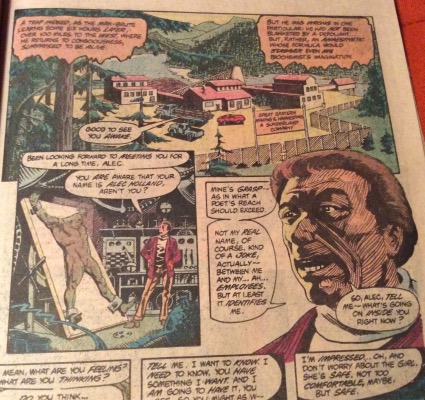 Grasp gets ahold of Swampy and the scene is reminiscent of the ST movie. 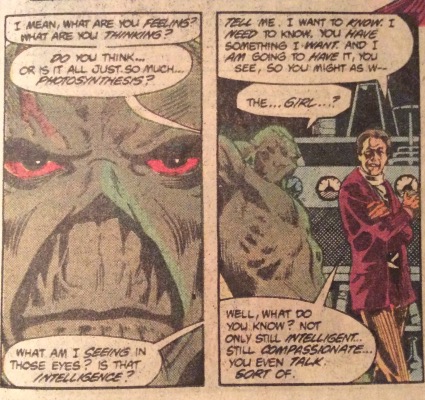 Swampy is not happy that his new friend is being used as a bargaining chip. Bargaining chip may be too nice of a description. 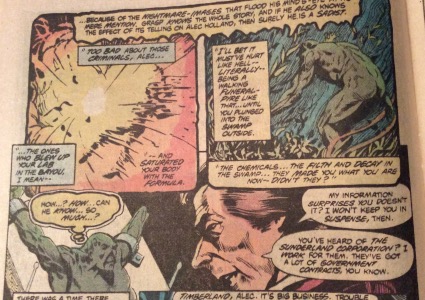 Series 2, issue 2 and we have our second origin story already 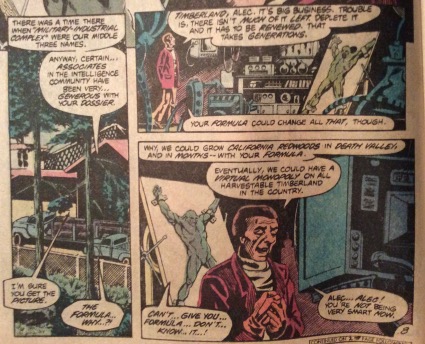 I think the success rate of a bad guy is directly proportional to how much they talk. Bad things happen when you talk too much. 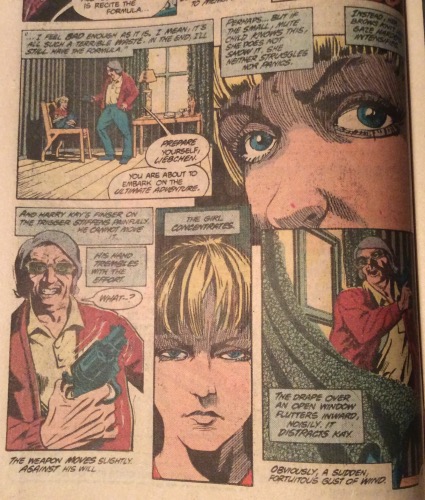 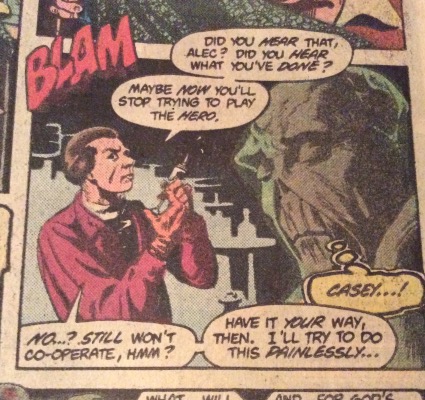 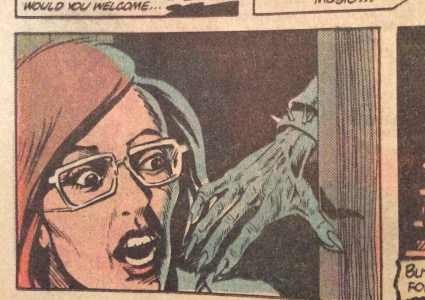 meanwhile, a scary punk rocker kills two women. A sneak peak at what is to come next issue. 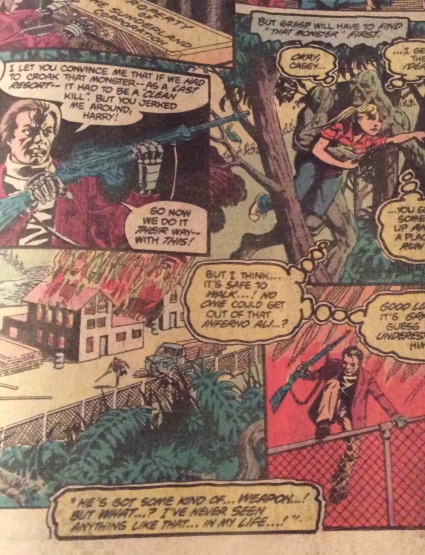 Grasp and his special weapon are on the move. Swampy and Casey are on the run. Similar to issue 13 (series 1), Swamp Thing escapes from a high tech facility run by goons. 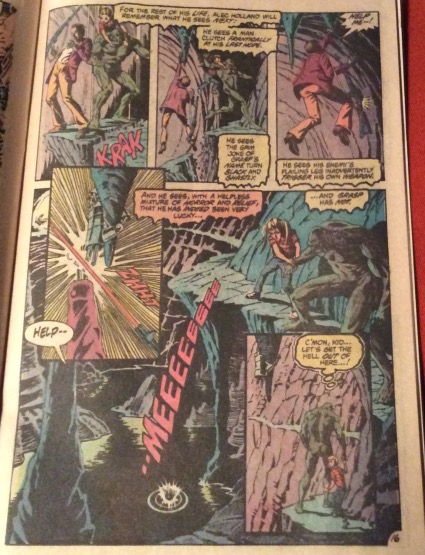 Grasps’ special weapon seals his fate while his super bionic hand remains clinging to the stalactite. How fitting of Mr Grasps demise. 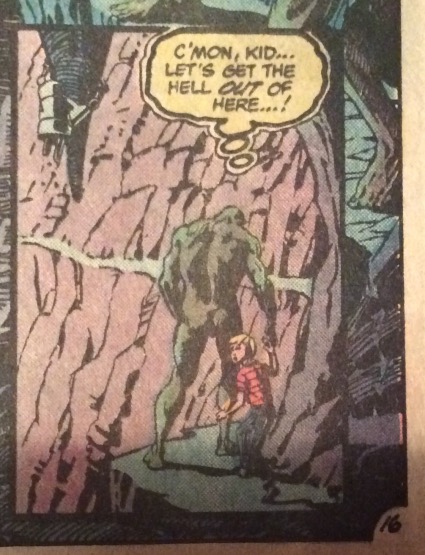 Swampy has had enough. 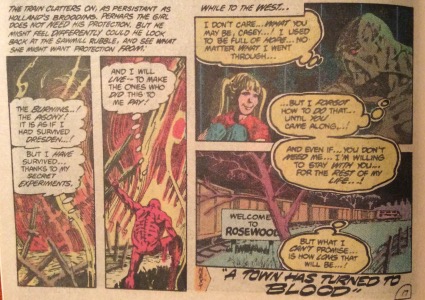 It looks like Dr Kay is hard to get rid of 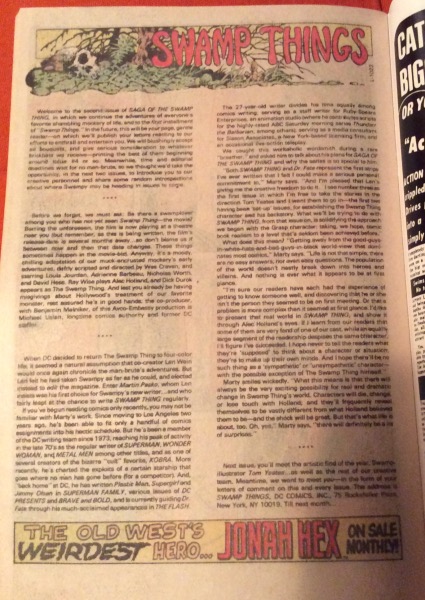 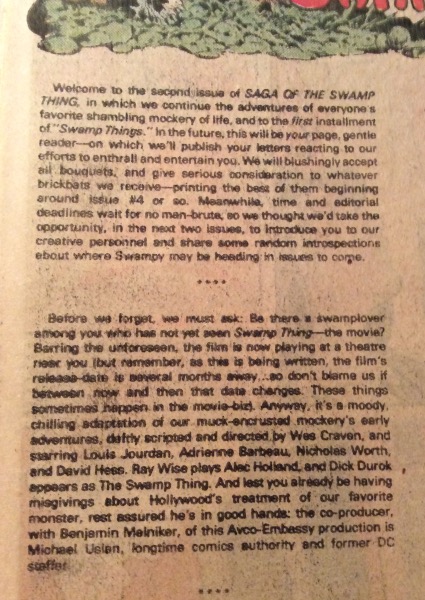 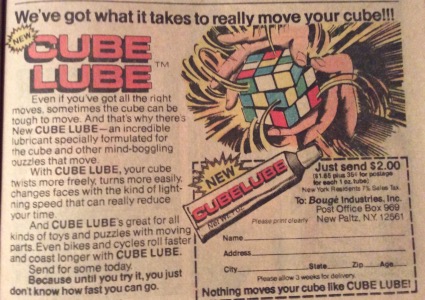 Cube lube! Everybody is doin’ it. 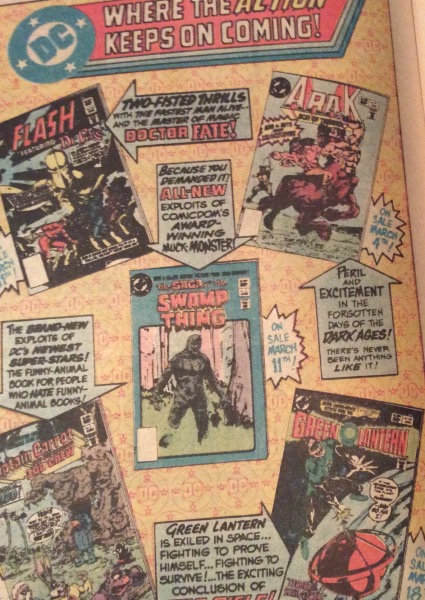 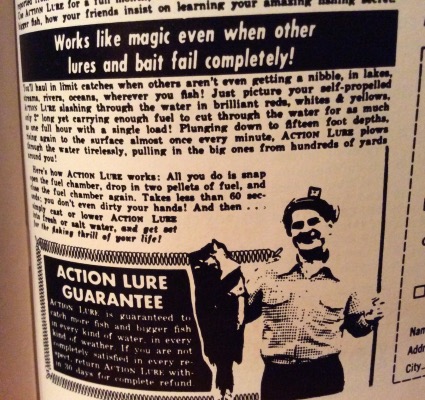 This gentleman is guaranteed.