A couple weeks have passed since the Swamp Thing event and I’ve finally finished reorganizing my books. Everything has been shelved and now much easier to find. While putting everything away, I pulled a few older Swamp Thing related books that I’ve been meaning to revisit and post.

Clark and Lana are making the best of the carnival by going to Horror Haven. Swampy and purple Man-Thing statues grace the entrance.

To help fill in some gaps in my ads list, below are books featuring Swamp Thing ads from the first and second series.

One of my favorite covers; Deadman takes one to the chest.

Gaspar Saladino designed the following ST ads. The award winning letterer designed the Swamp Thing logo (as well as many others) and was responsible for creating the iconic ST talk bubbles. His career and achievements are very impressive. I’ve seen ST logo process sketches but would love to find pen and ink sketches of his type/lettering.

The ad promoted the release of Swamp Thing 1 (series 1)

Gaspar, again with a shocker, promoting ST 8 (series 1). I am interested in finding other books that feature series one ads. If you know of any, drop me a line 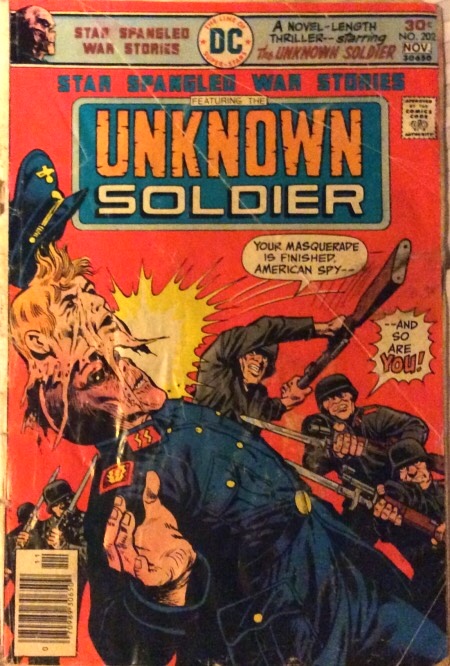 The following Swamp Thing ads are a bit small but none the less, Swampy is indeed present.

There he is, first in line on The Amazing World of DC Comics title/logo.

Because the ads are printed so small, quality and clarity suffer. Here is a larger photo taken from The Amazing World of DC Comics #6 for reference. 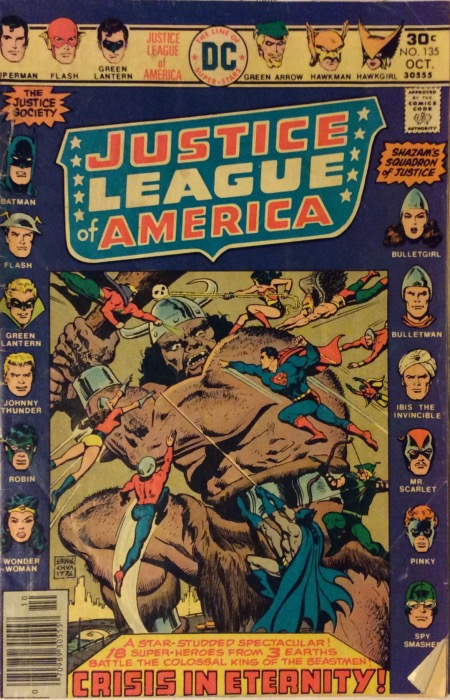 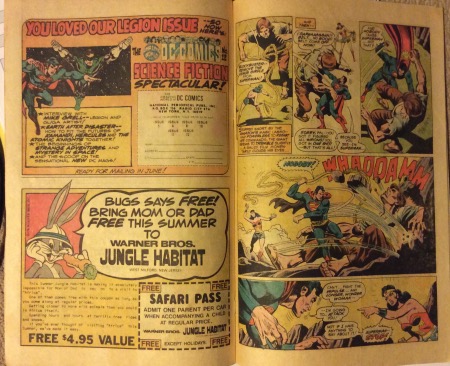 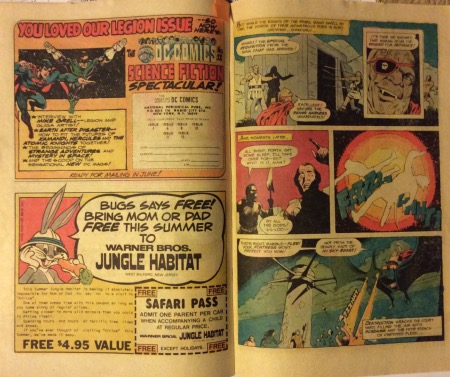 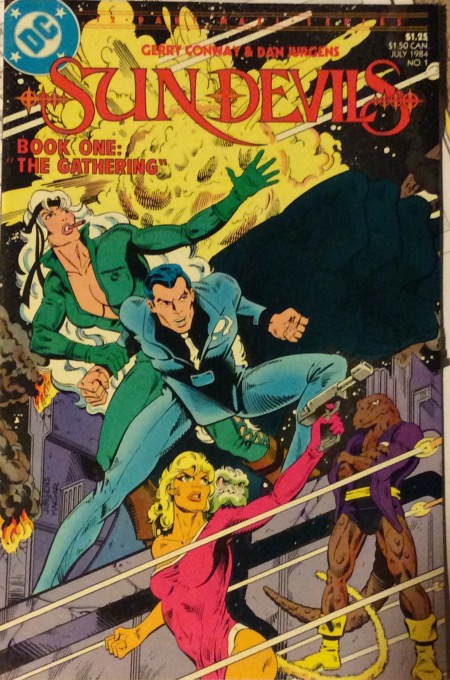 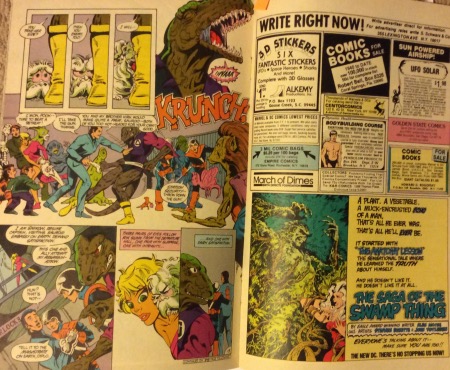 The first issue of Sun Devils features an ad for Saga of the Swamp Thing. The image is a spread from Saga #23. 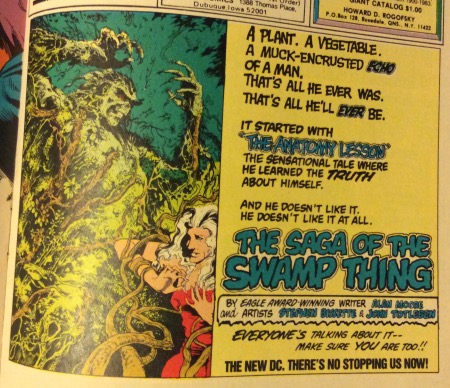 The drama and ads continue! 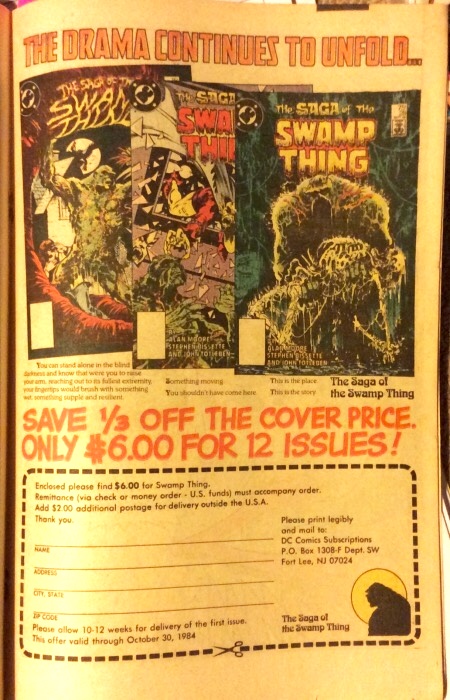 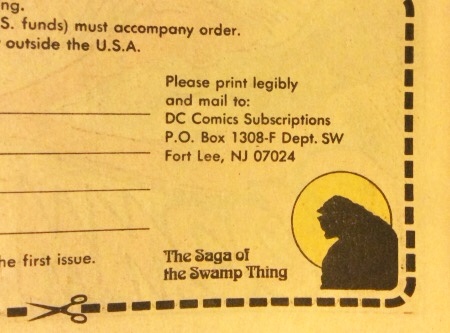 Above is my favorite Swamp Thing logo/icon.

5 thoughts on “Swamp Thing at the carnival and ads”