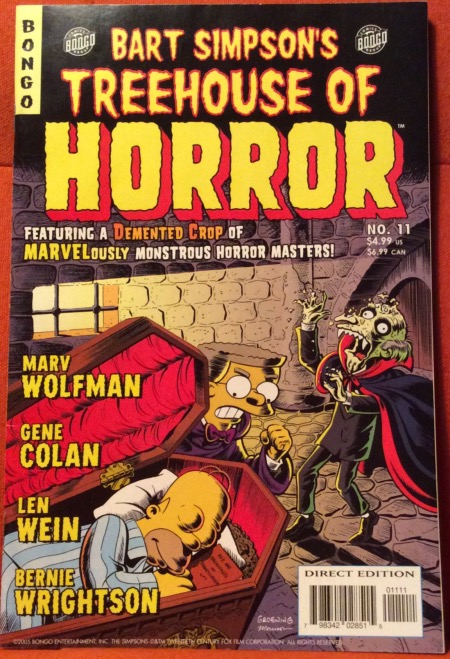 Classic DC and Marvel are well represented in this book

Wein and Wrightson team up to tell the tale of Squish Thing, a Simpsons/Swamp Thing parody. 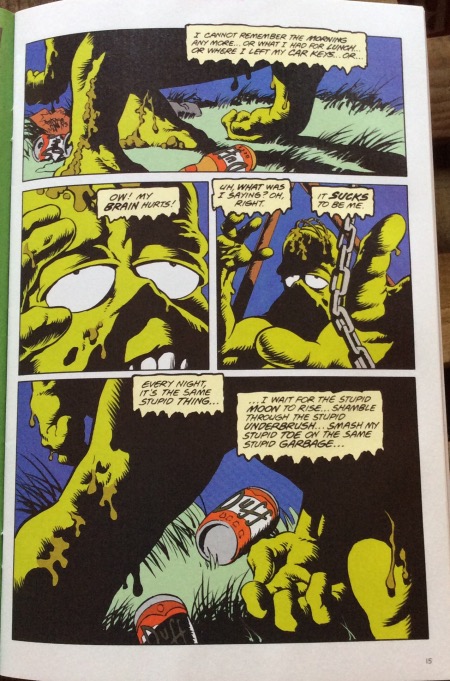 Homie is self deprecating as ever, trying to make his way back into his love’s life. Love being television and beer, of course. 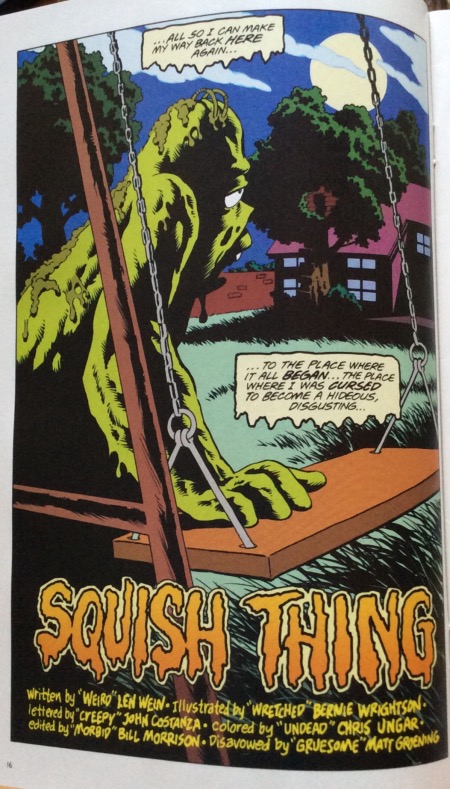 The story has a wonderful mix of House of Secrets 92 and Swamp Thing 1 (series 1). 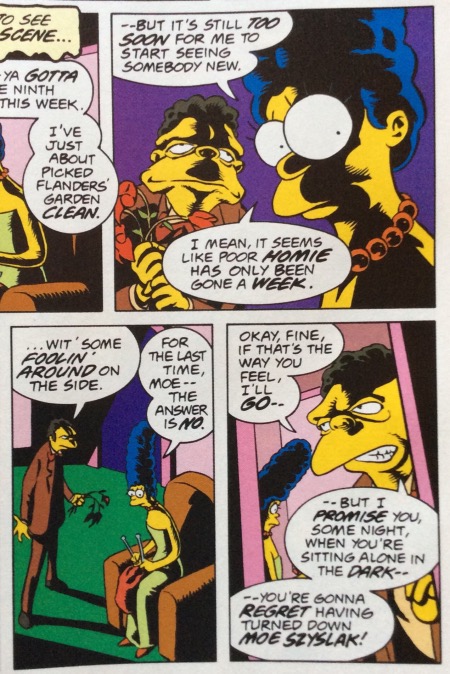 Wrightson’s layouts are really fun and it’s great to see his take on Simpsons characters. 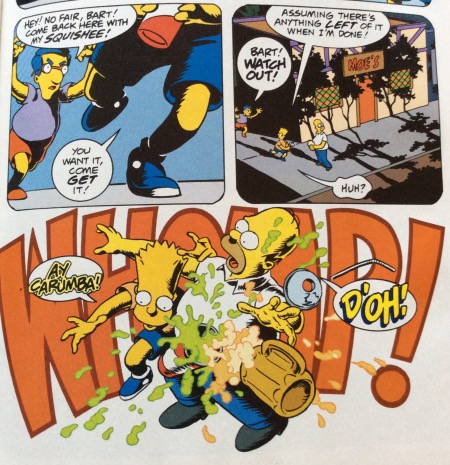 There’s a great Reese’s PB cup moment when Bart and Homer collide. “You got squishee all over my beer!” “and you got beer all over my Squishee!” The mix of the two delicious beverages is a match made in heaven… to Homer. 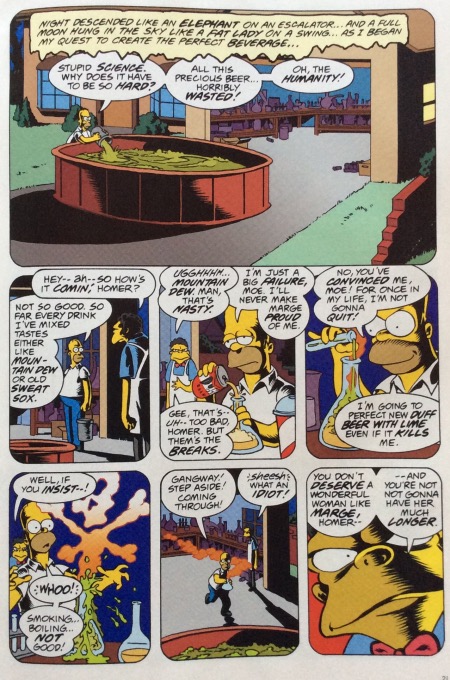 Moe takes advantage of Homer’s obsession to recreate the perfect lime flavored beer squishee in the hopes to steal Marge. 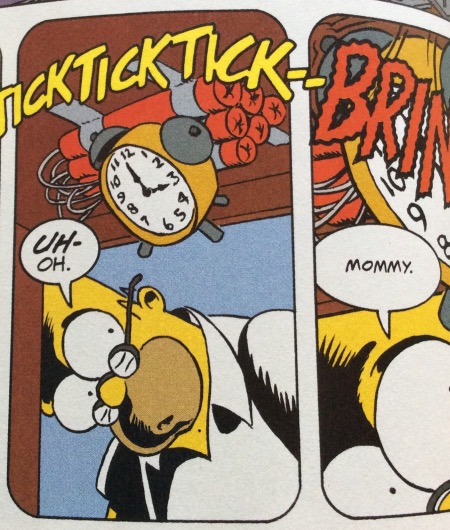 It looks like Wrightson had a ton of fun creating Swampy’s parody origin story. I’d love to see the story animated. 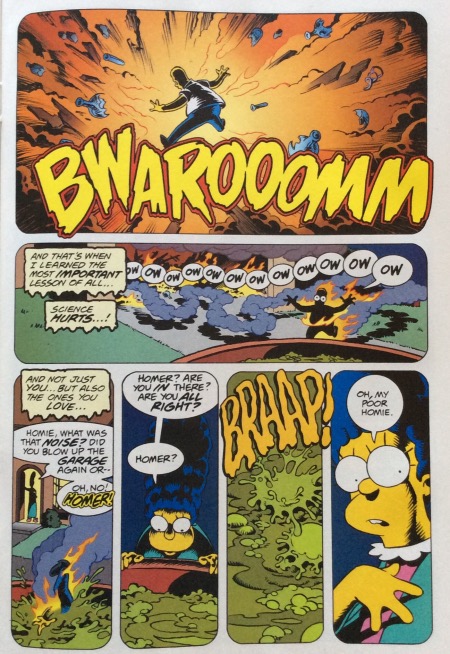 without the explosion, this would be Homie’s dream come true 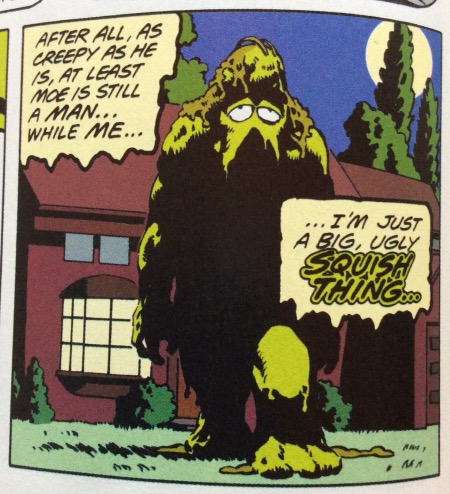 I love this HofS 92 reference. 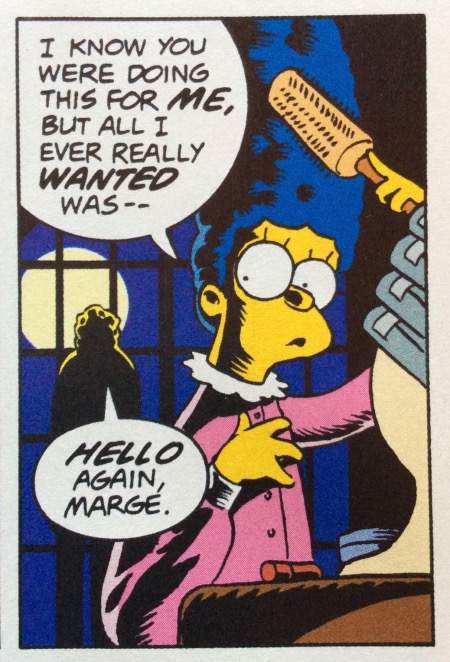 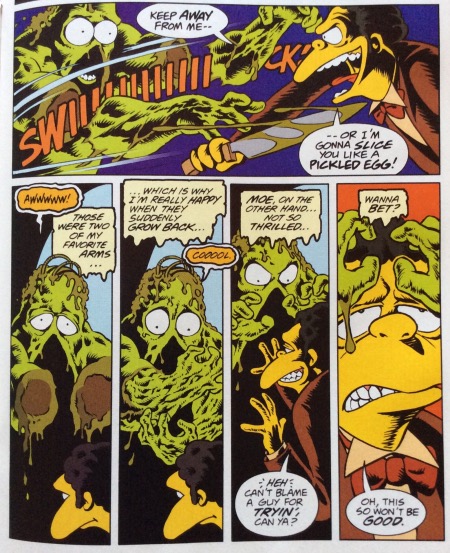 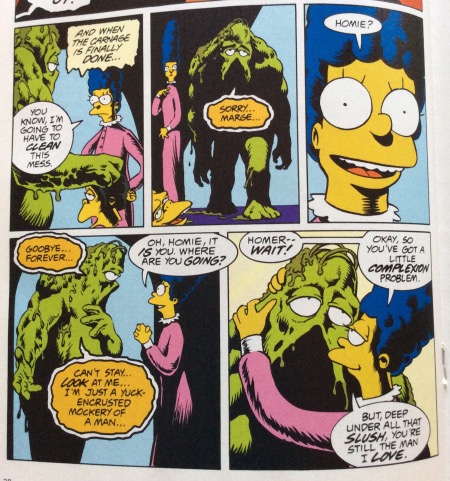 The story ends with Homer at home, adjusting to life as a lime squishee stand. I am slightly concerned with the amount of beer that Homer absorbed into his body. The children may be getting drunk off of lime beer squishees. 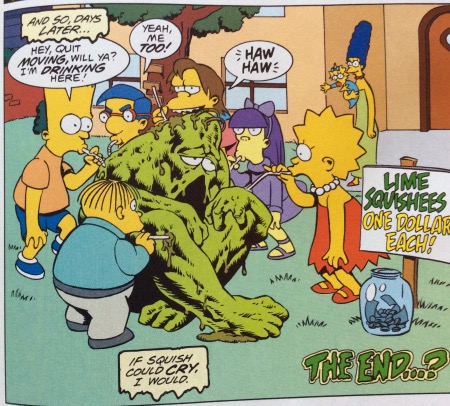 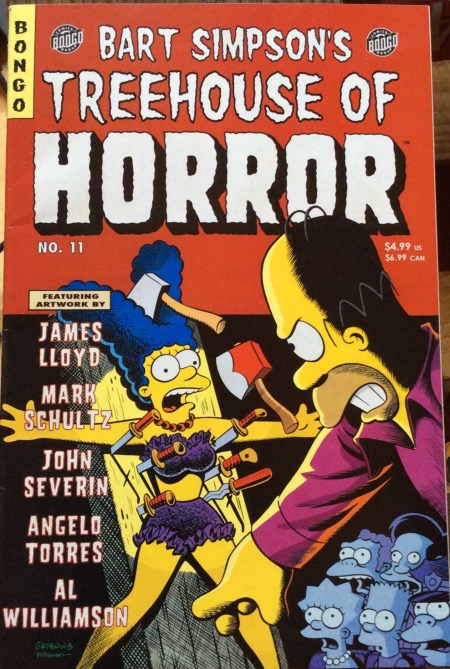