Gigant features Swamp Thing #1 along with four other comic stories. A similar looking edition of Giant was published in Sweden. I’ll share that book another time. 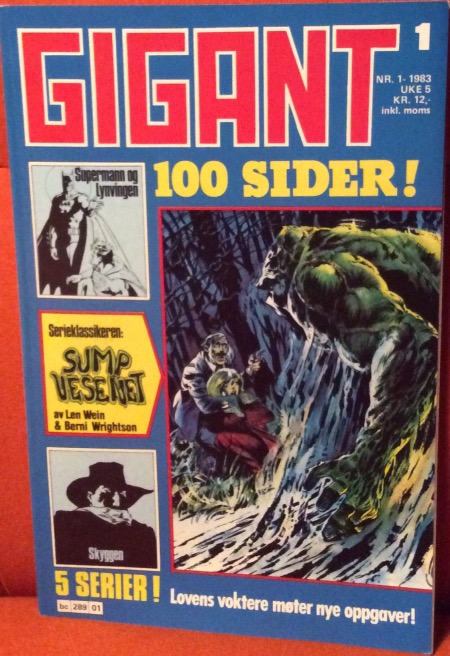 I love this grouping of characters on the table of contents. I wish Plastic Man was with Swampy, rather than Elongated Man but what are you going to do? It’s cool to see the Shadow in the mix. 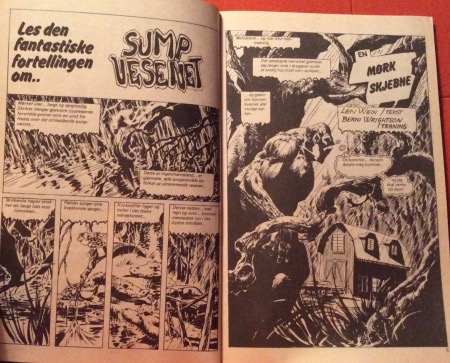 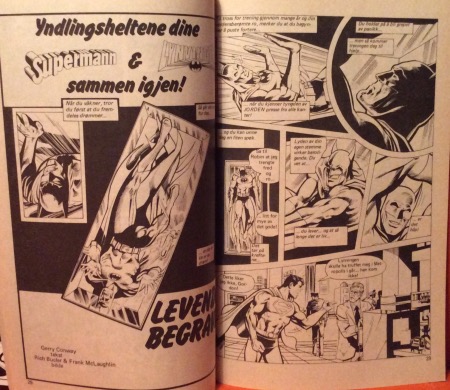 I found it difficult to translate the title of this story but based on the appearances of Daniel and Janice Brown, I believe it is from Batman #349 (1982) Blood Sport. The featured Catwoman story is, The Man, The Bullet, The Cat Part 2

Ads:
This great Swamp Thing ad is toward the back of the book. Swampy is looking vulnerable and very concerned with that arrow on his hand.