It’s Just like the Norwegian edition but from a different country, in a different language, a few different design choices, you got it. The book collects Swamp Thing #1 along with four other comic stories. 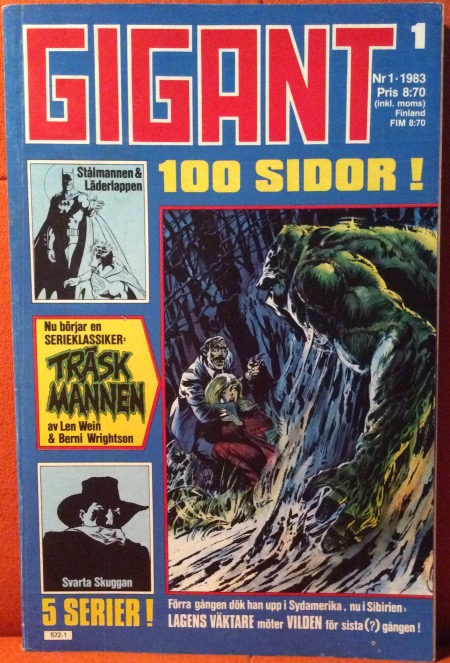 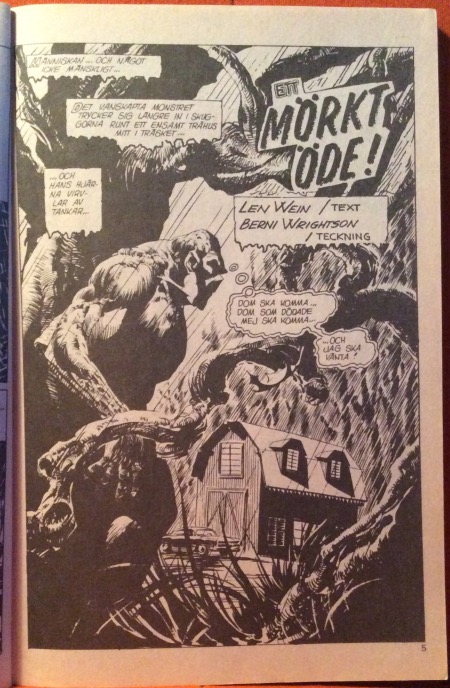 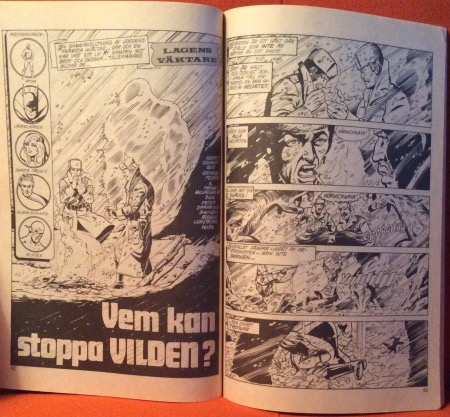 Like the Norwegian edition, I had trouble translaing this story but based on the appearances of Daniel and Janice Brown, I believe it is from Batman #349 (1982) Blood Sport. The featured Catwoman story is, The Man, The Bullet, The Cat Part 2 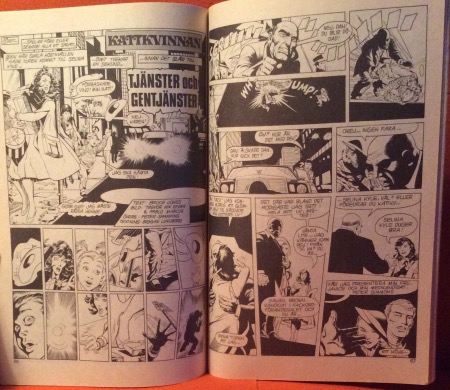 Ads:
the back cover is great