Boris the Bear #5 (1986)
Where Swamp Thing is an elemental of comic books and is made up of discarded issues.

Boris is rudely awakened by Dump Thing, who only wants a little face time. 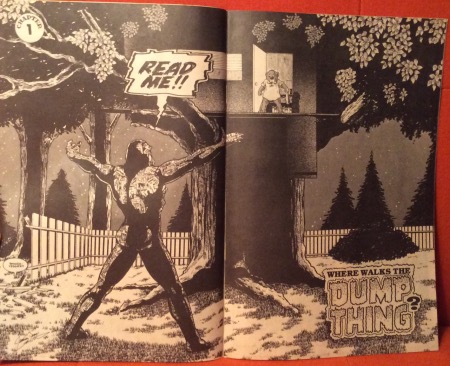 There’s some fun dialogue regarding Alan Moore hype and the status of comics at the time. 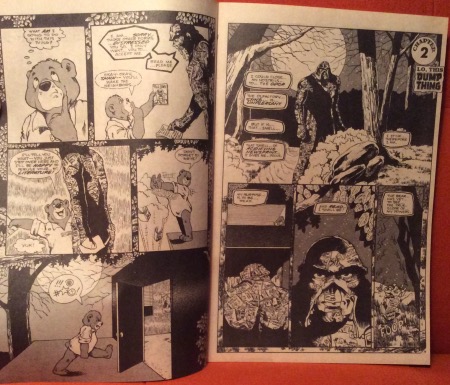 Swamp Thing being made up of comics is a great idea. I wonder if Dump Thing inspired Charles Soule’s Swamp Thing 40 (2015). I doubt it

Boris convinces Dump Thing to read himself, sparing him from having to read horrible comics and maybe allowing him to get some shut eye. 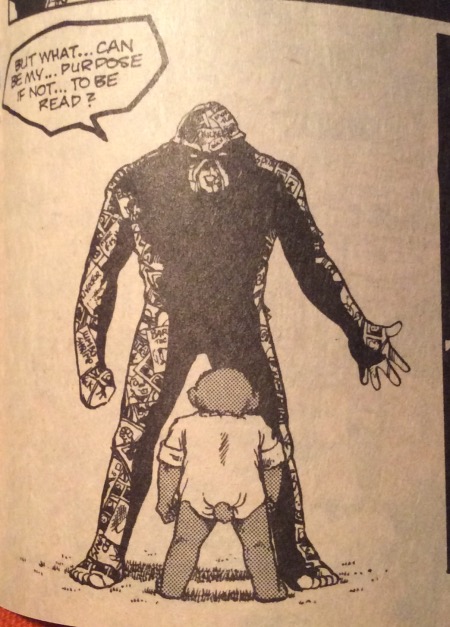 Like the Ark at the end of Raiders of the Lost Ark, Dump Thing is securely packed away and left to be discovered one day, increasing in value. 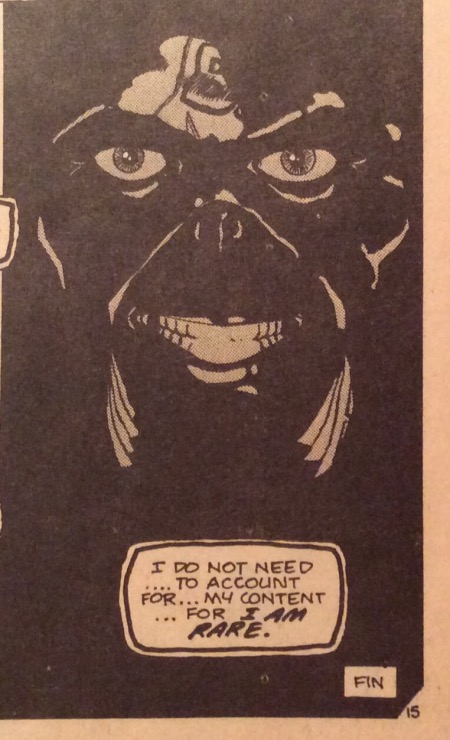 Swamp Thing Tab & \ Keycap
Holland Files (the international Swamp Thing fanzine) lies betwixt two dynamos. I'm not sure how the camera held up to this magnitude of cool. 🤣 It's an honor to see the book supported so much. Thank you @scully_182 & @tomthyestean #swampthing
@remy_grayson got a HOS 92!!