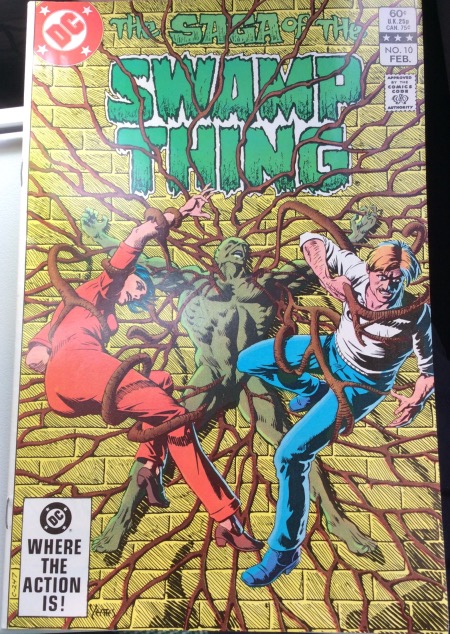 Last we saw Swampy and friends, they were tied up with the help of Milton’s powerful psionic/telepathic powers. Kay and his crew are desperately and violently trying to convince Swampy, Feldner, Liz and Barclay to join sides with them in order to hunt down Casey and stop her evil/destructive plans. (Hell of a run on sentence, I know) 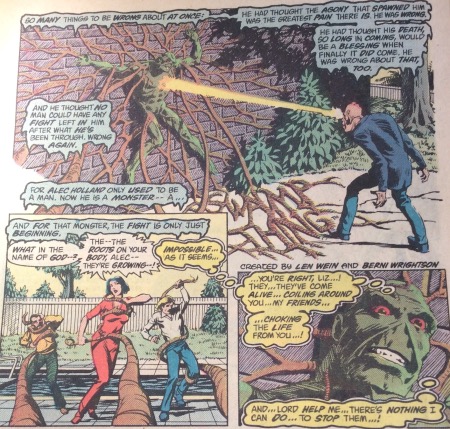 Swamp Thing isn’t left with a choice. It’s Europe with Kay or bust… I mean burst.

Page 5 gives a little recap of who this villainous Grasp guy is, in case you forgot as Sunderland had.

Variety, everyone’s keeping up to speed with the late breaking news. 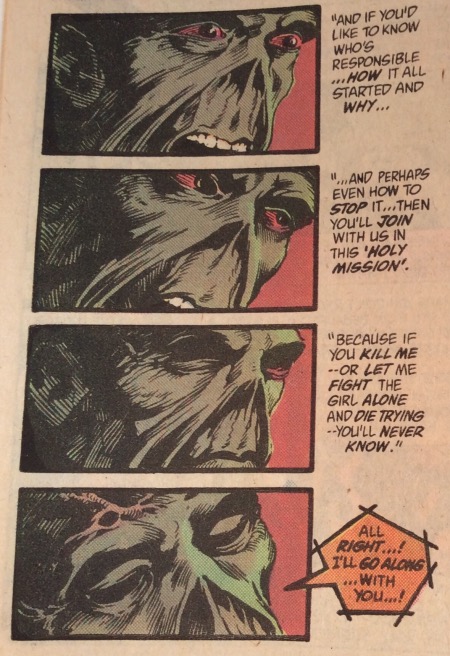 Back home, Liz’s parents are caught up to date with their Variety and think that she drowned out at sea, rightfully so. Surprise, surprise! Liz is alive, is headed to Europe and could use a little spending money. 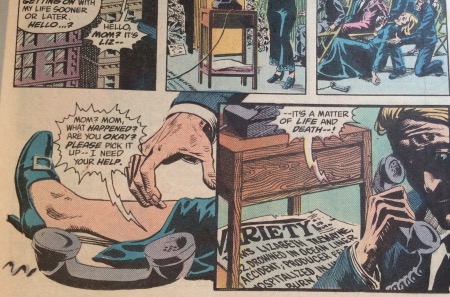 Sunderland can’t trust Kay, rightfully so, and we find out Sunderland never cared about the bio-restorative formula after all. He just wanted blood, Holland blood.

The crew is on their way to Germany! Kay enjoys some beer while Swampy rides in the cargo hold.

After getting situated at their hotel, the gang takes a VW bus to Dachau with the hopes of encountering Casey. Adventure aside, I love seeing Swamp Thing ride on/in different modes of transportation. I’m not sure if I find it cute or degrading. 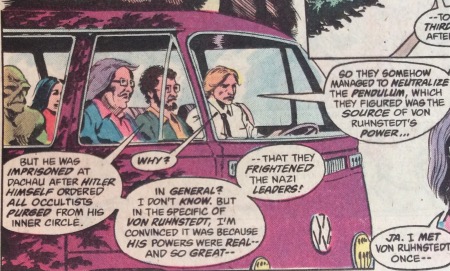 Surprise! Casey is at Dachau as predicted.
Summoning evil spirits, Casey conjures up the Nazi army and an operable concentration camp to fight off the good guys. Using their combined forces they thwart Casey’s plans for the time being, but not without a few casualties. 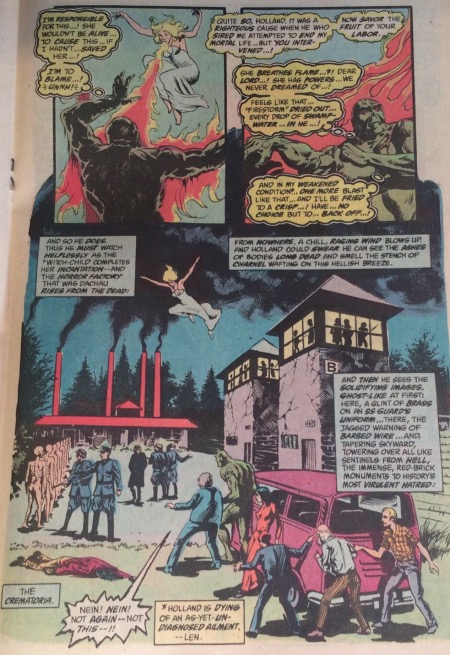 There is a lot of banter and back and forth regarding destruction, power and who’s who.

Casey reduces Dachau to smoldering ruins, piled upon our good guys and retreats.

After all the chaos, Barclay has the guts to put Kay in check and gets a heaping slice of humble pie… rightfully so.