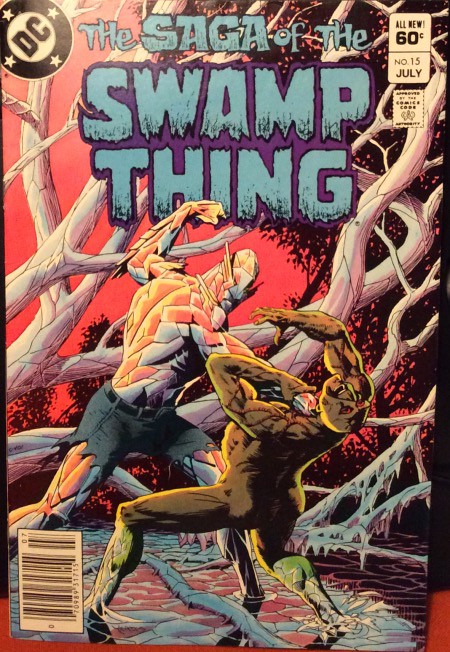 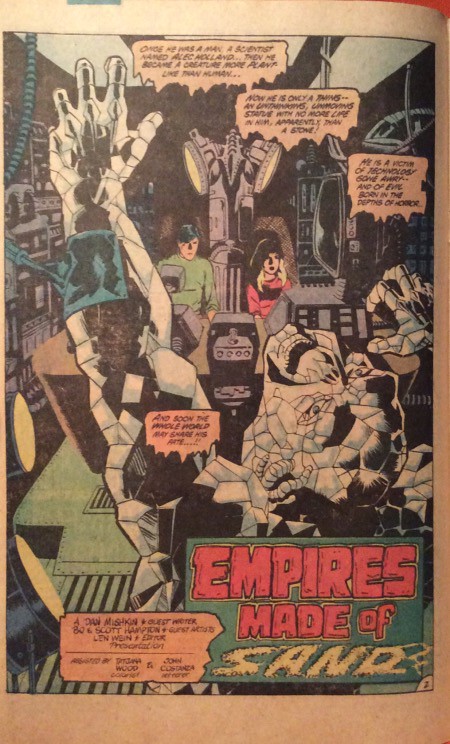 There are a few fun and goofy moments in this, the second half of the two part story (part 1: Saga of the Swamp Thing #14) featuring the Broders, Swamp Thing and Phantom Stranger.

Swamp Thing is still a crystal statue due to Nat Broder who, in last issue, accidently turned himself into an ego-maniacal crystal who’s now hell bent on world domination.

Even though he’s stuck in a crystal, Swamp Thing maintains his charm. 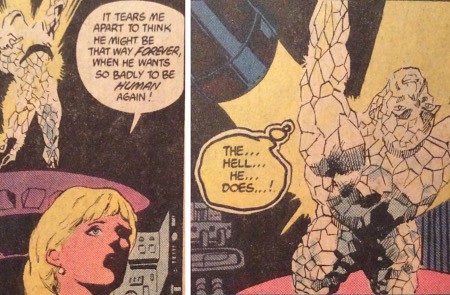 Luckily, Swampy’s current state is temporary thanks to the biorestorative formula within him, working its magic.

It looks like Phantom Stranger is practicing For the big piano recital. 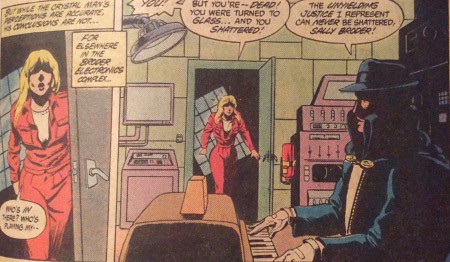 He’s dropped by to warn Sally Broder that she will have to make the most difficult decision of her life; kill her monstrous husband to keep him from wreaking havoc on the world. 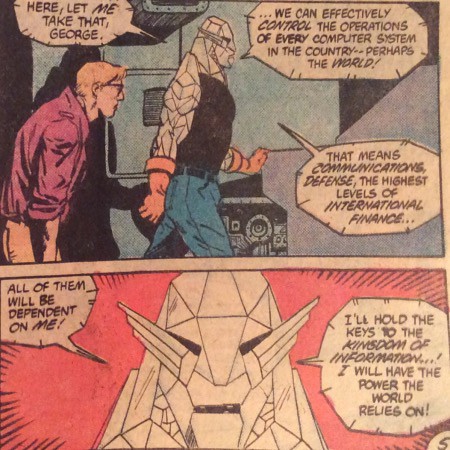 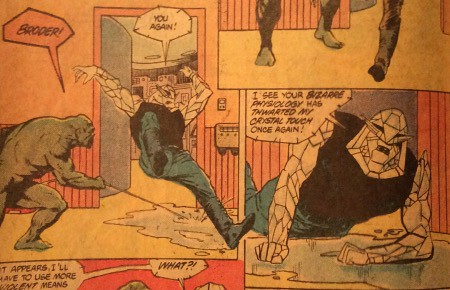 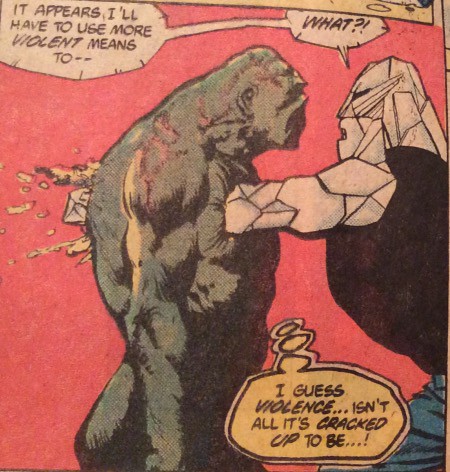 Nat and Swamp Thing duke it out once again. 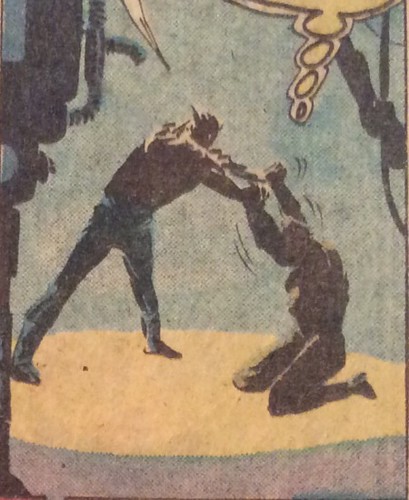 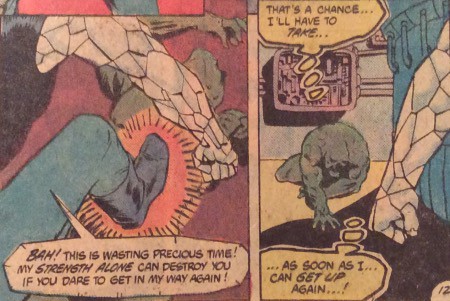 I don’t know why Nat doesn’t try to finish him off or turn Swampy back into a crystal. Nat leaves Swampy in search of his lab technicians who have caught on to his plans for world domination. They aren’t too keen on his idea. 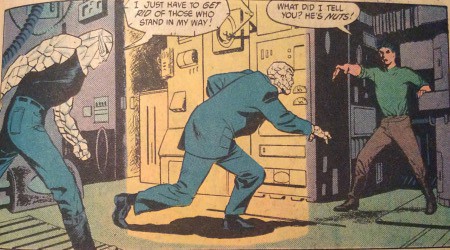 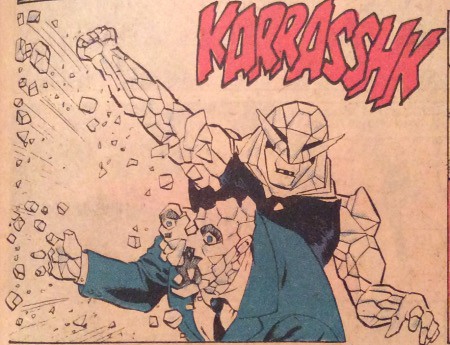 Swamp Thing eventually meets up with Sally and Phantom Stranger. Stranger gives them the pep talk they need to get back in that lab and kick some crystal, Nat rear. 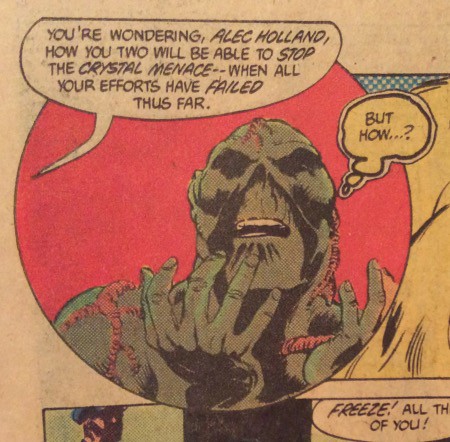 But not without a little whining by Swamp Thing.

Swampy looks like he’s in a Three Stooges gag, handling the security guards. 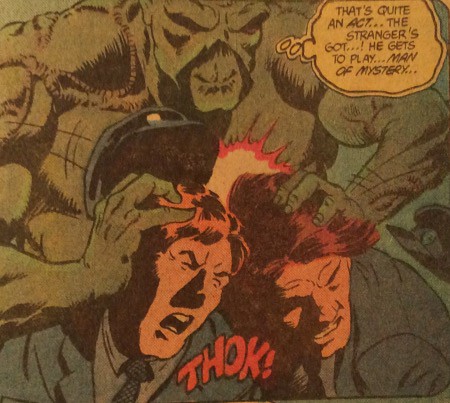 How will Sally and Swamp Thing kill Nat? To the organ! 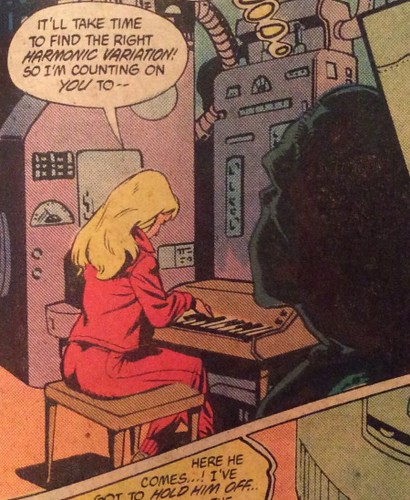 Sally plays her heart out, trying to play the perfect combination of notes and frequencies that will disrupt Nat’s crystal body. It’s kind of like when Annie plays the organ in Goonies. 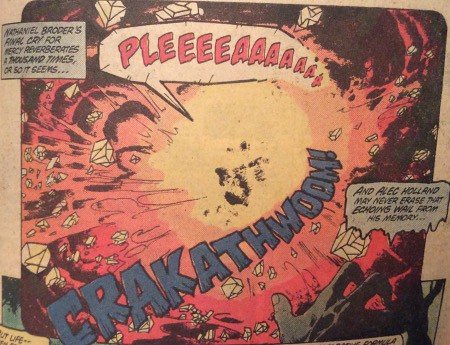 Nat meets his demise and in typical fashion, Swamp Thing sloughs off into the swamp all alone. 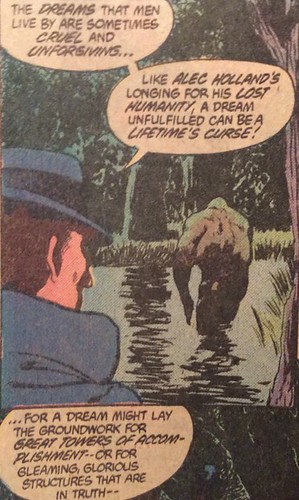 I really love this last panel and what Phantom Stranger says. It’s quite poetic.