He’s green, he’s slender, he looks kind of like Arcane…
he’s the new DC Icons figure slated to be released in September of 2016. 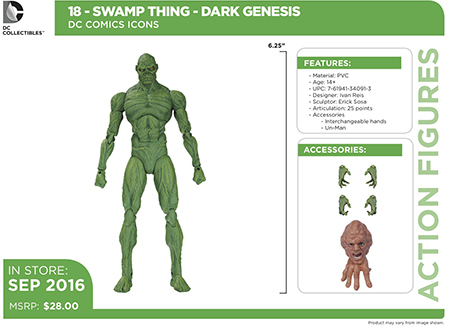 The design is said to be based on Swamp Thing #1 Dark Genesis. Since Swamp Thing is slouched over in most of the book, it is difficult to make out the influences/inspiration in this figure. There is only one panel in the whole book that depicts Swamp Thing standing upright/straight. I’ve provided a side-by-side to reference, below. 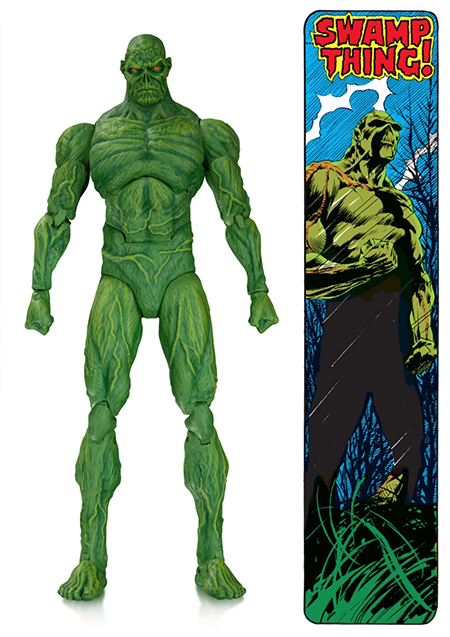 The head is painted and sculpted quite well while the body looks a bit slender. There are many positive things about the figure. 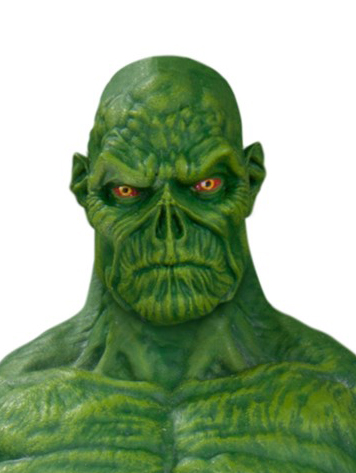 The design is subject to change and I am quite excited to see the finished product. I’m always thrilled to see Swamp Thing in action figure form.

The figure stands 6.25″ tall, has 25 points of articulation, comes with 2 sets of interchangeable hands and includes a Cranius figure. I’m not sure why additional hands would be included if there aren’t any accessories/tools for the figure to interact with. I could do without the extra hands if they’d put a little more meat on his bones.

Cranius looks better than ever! He also looks a lot like actor, Peter Mark Richman who played Falco in episode 11 of the Swamp Thing TV series. The episode Falco aired November 9, 1990. 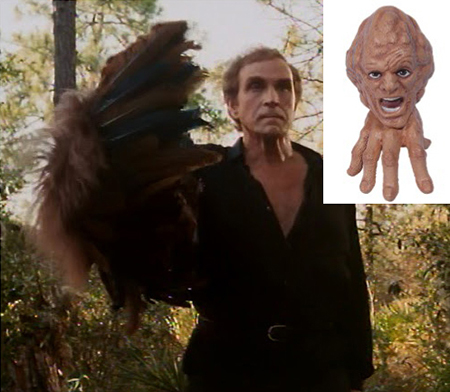