Nick Fury and Scorpio take center stage on the cover of this Buyer’s Guide from 1982.

Saga 4
In the White Room

Pandora Pann was originally slated to be released in the back of Saga of the Swamp Thing 5 but was put on indefinite hiatus afree Len Wein was unable to devote time to the project.

“Even I had forgotten about Pandora Pann. The answer is that Ross Andru penciled most of a terrific-looking 15 page insert to be included in Swamp Thing, before going off into her own book. But for reasons sadly lost to history (meaning, for the life of me, I can no longer remember why), we never went ahead with the series. A shame too, since it would have preceded things like Tomb Raider and Relic Hunter by decades. And there you have another Secret Behind the Comics.”
– Len Wein

Ads:
A little while back I wrote a post about Larry Charet, his  career as a comics fan and shop owner. Larry pulls out all the stops with his ads. This amazing spread by artist Joe Stanton advertises special guest, Marv Wolfman making an appearance at Larry’s Comic Book Store and Annex in Chicago. 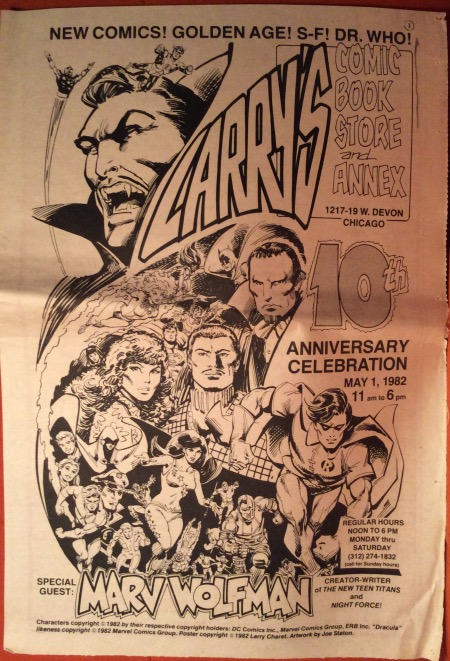 I’m a big fan of the Rocketeer and had to share this great ad for the 1982 San Diego Comic Con. David Stevens is credited as the artist. 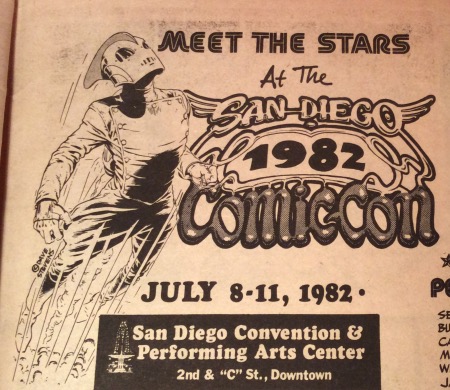