DC seemed to halfheartedly release a poker set featuring members of the Justice League. I remember seeing the card set advertised in preview magazines and websites but it quickly dropped out of sight. I’m not sure why and upon sharing it with other comics fans, they didn’t know it existed. The set is illustrated by the great Kevin Nowlan.

The 52 card deck is made up of multiple characters. Most of the characters are represented on 4 cards showing the process of Kevin Nowlan. I find his sketch phase cards to be the most intriguing. 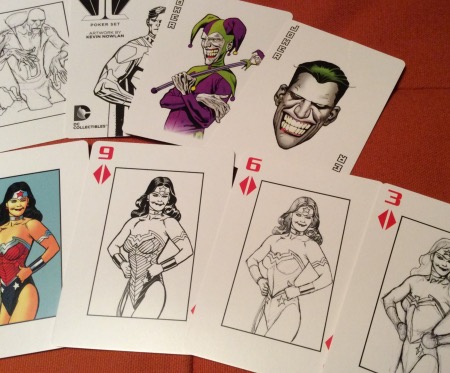 DC was kind enough to include Swamp Thing! All of the other characters get four cards, Swamp Thing oddly enough only got one card. One is better than none.