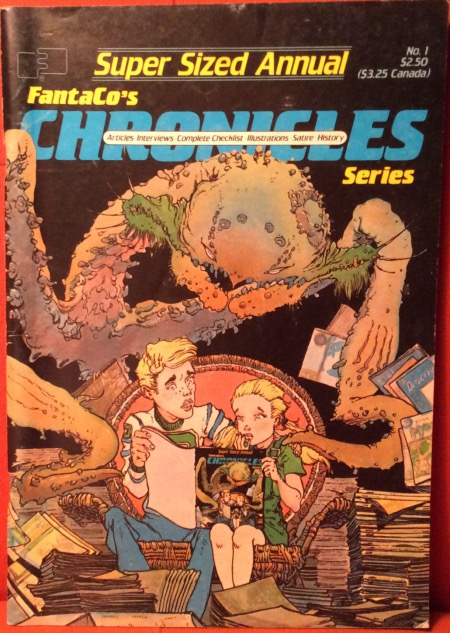 How to use this book
after reading Frank Plowright’s review on Swamp Thing series 1, I wanted to use this book as kindling. A calm, cool and collected head prevailed. The book reviews numerous titles with the hopes of helping to familiarize comic readers to characters they normally wouldn’t read. Great idea right? 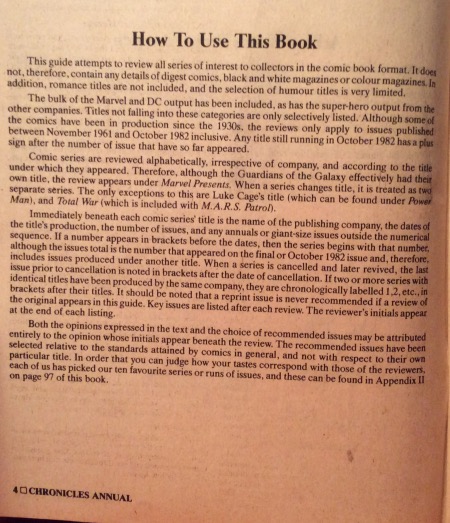 Frank Plowright had the honor of reviewing Swamp Thing. He made an error in mixing Alex Olsen and Alec Holland’s names. He clearly indicates that he’s not impressed by Swamp Thing series 1. 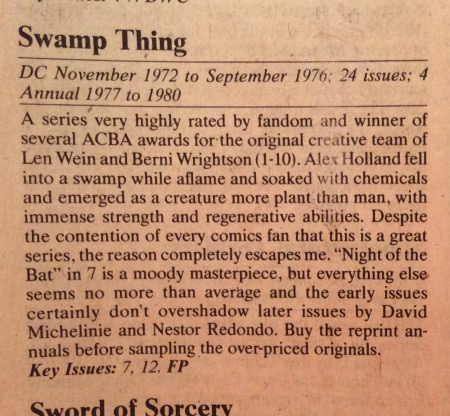 Que sera, ce la vie… the world keeps turning. Not everyone likes Swamp Thing but to dismiss this series of decent books with such abandon seems like he hardly tried. Plowright fails to take into account Swamp Thing’s influence on horror comics as well as comics as a whole.

Interior cover by Brian Bolland. I thought it was pretty cool how he incorporated Brother Power The Geek (bottom left). 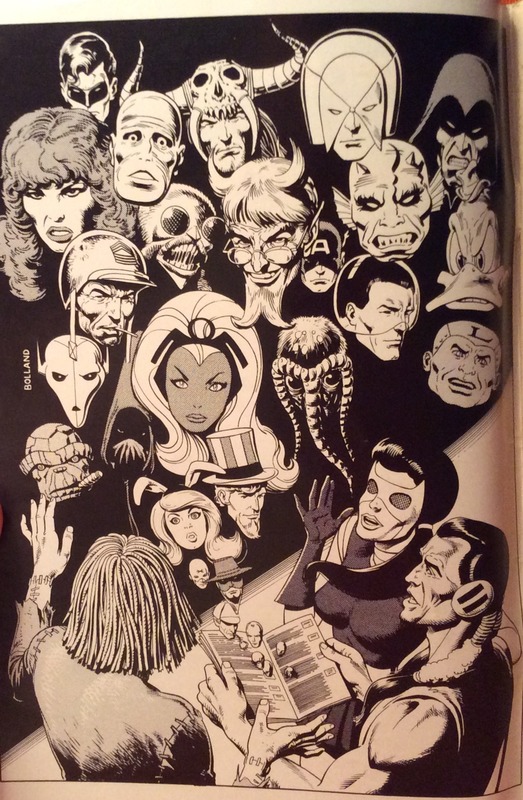