DC’s Rebirth launched at midnight on Wednesday and I’ve been hearing favorable feedback. There was a great deal of excitement in the air during the late night release at my local comic shop and it carried into the early morning. I didn’t get to bed until 3am and even then, I wanted to stay up and write about the book. I enjoyed it and am very interested to see where it takes us.

The book was released with two variant cover options. One was a midnight release variant and the other was a limited cover featuring the same midnight variant artwork but black and white. 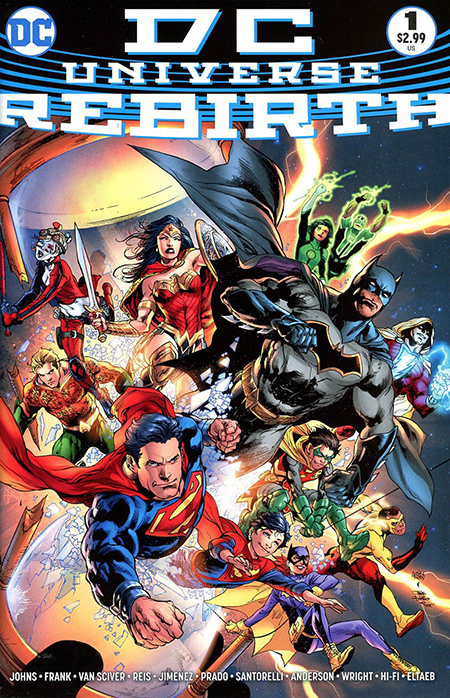 My favorite part of the book was seeing Swamp Thing, of course. I knew he appeared in the two-page spread/ad in the back of the book but I didn’t realize he was part of the story, albeit a small part. For a single panel and to provide some plot exposition, Constantine and Swamp Thing interact. We are given a very small glimpse into their conversation but it seems that they are talking about the New 52 timeline in mentioning, “Abby Arcane is lost to the dark side” 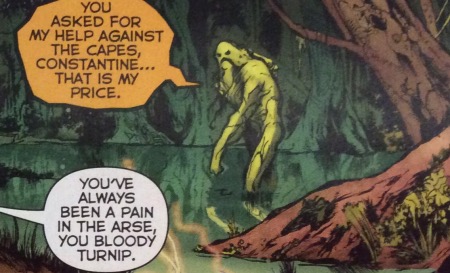 A number of fellow comics fans have voiced their concerns regarding their favorite characters not having solo books. It will be interesting to see how DC rolls out their Rebirth books and what characters end up with their own series as the campaign moves forward.

I was extremely excited to see this spread in the back of the book. Swamp Thing was included!