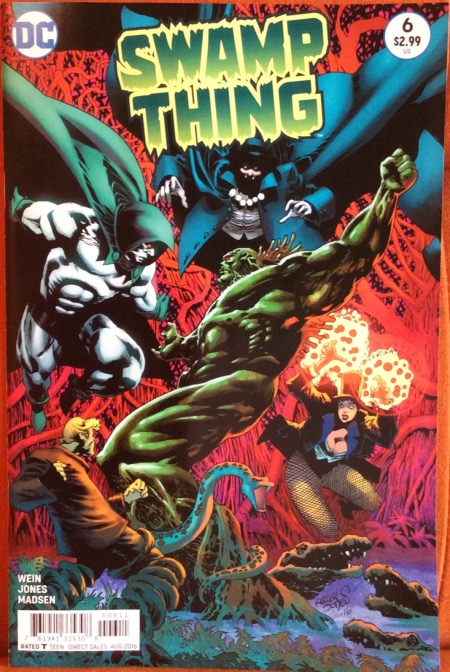 Series 6 comes to an end; it’s dark destiny takes us to Houma. The fate of the world is being threatened and Alec Holland calls upon some old friends to help correct his error. 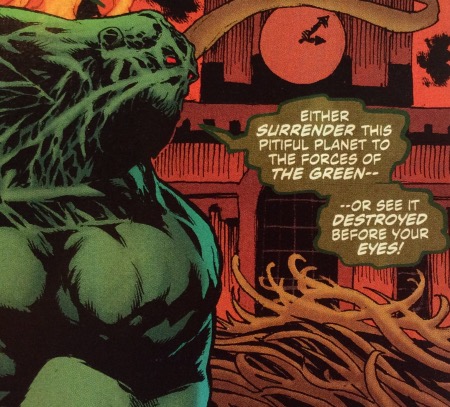 Swamp Thing and Matt Cable mystically swap forms, returning Alec Holland back to his human form. The whole charade is put on by an old, familiar foe… 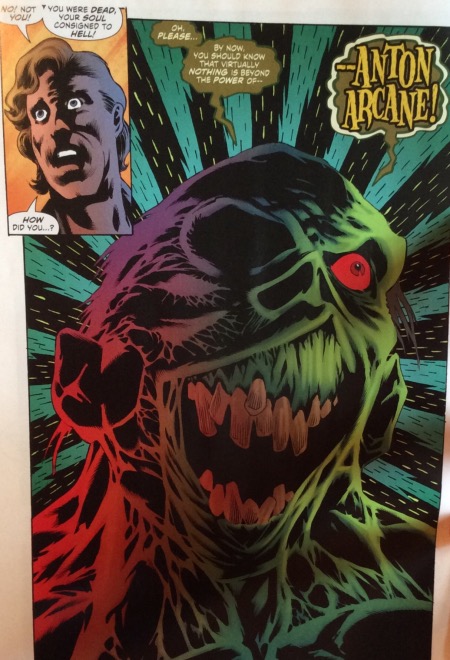 Of course!! Who else seems to always find a way to return from the dead, hell-bent on world domination?

Since we last saw Alec in issue 5, he’s rallied some allies that are quite familiar with the evil ways of Anton Arcane.

Phantom Stranger! The Spectre! Zatanna!
The last issue has a great cast with some really fun interactions. 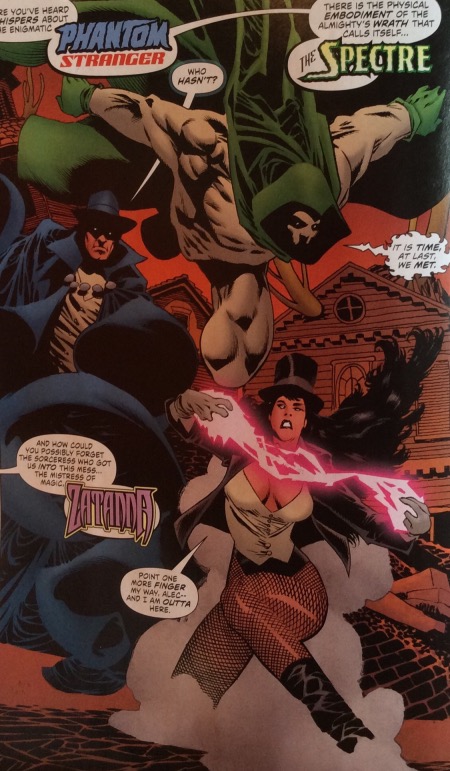 Spectre mentions that this is the first time he has met Alec.
Have The Spectre and Swamp Thing met in this timeline/universe? In the chronology/history of Swamp Thing I do not believe Spectre has interacted with Alec Holland (human form) but he has enteracted with Swamp Thing.

Wein and Jones portray Spectre as wicked as Arcane. It’s fun to see him get what he deserves. 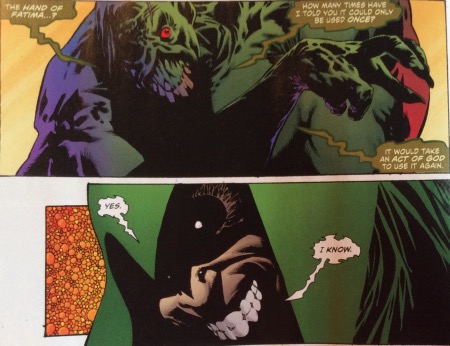 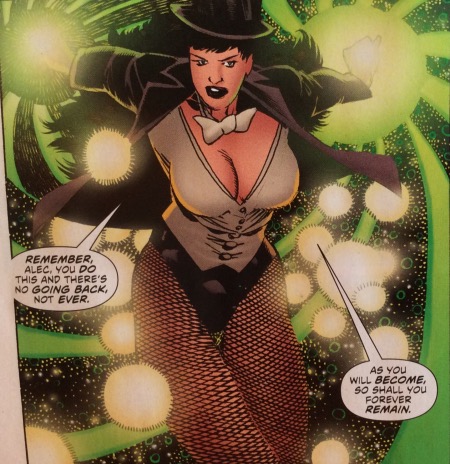 Everyone gets a chance to shine in this final issue. Zatanna uses the Hand of Fatima to transform Alec back into Swamp Thing… FOREVER! 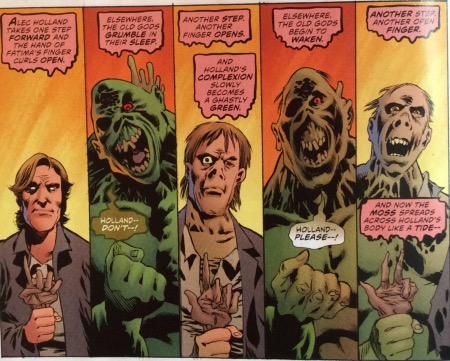 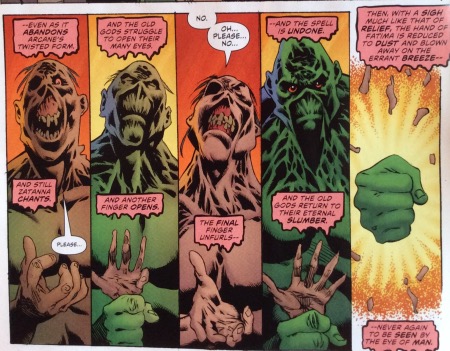 I love Jones’s portrayal of Arcane, below. It looks a lot like Arcane from early series two, post Un-Men reconstructive surgery. 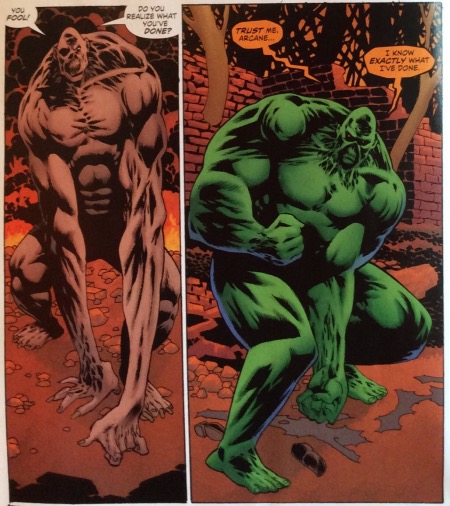 The tables turn so quickly for the terrible, no-good Anton Arcane. 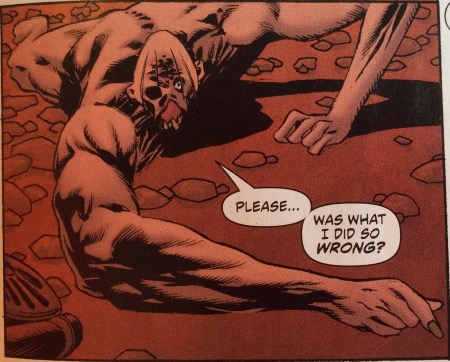 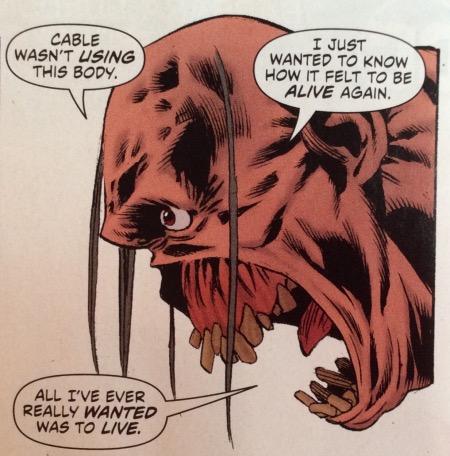 Arcane try’s to appeal to The Spectre’s merciful side in the hopes of being spared. 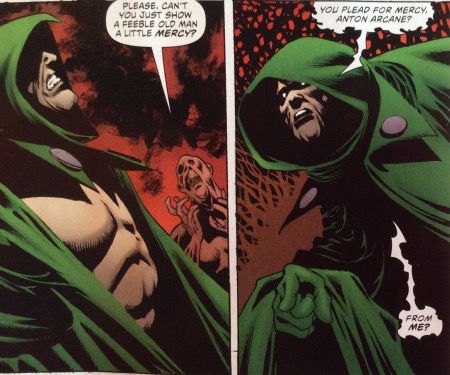 “You shall have precisely what you deserve.”
Wein gives the characters a great voice in this issue. 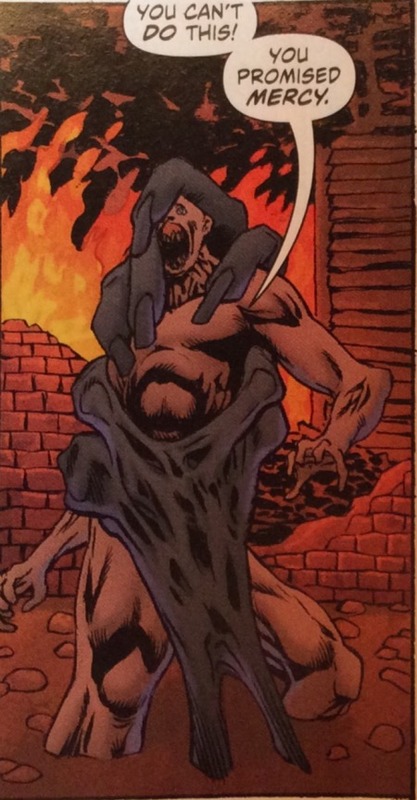 Arcane, per usual, descends into the bowls of hell, transforming from his monstrous form to his original self. 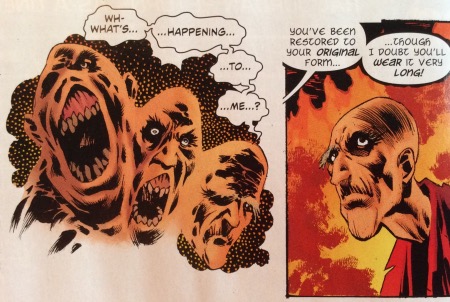 And look who’s waiting for him… 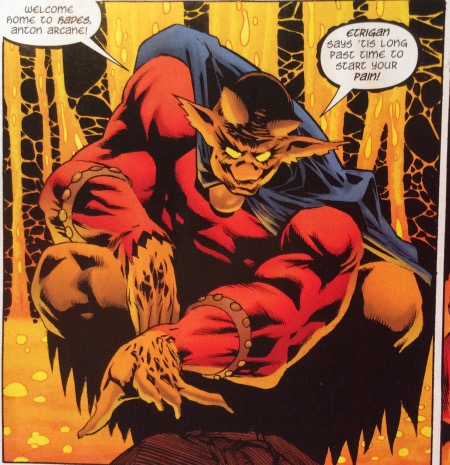 Wein brings everyone out to play. 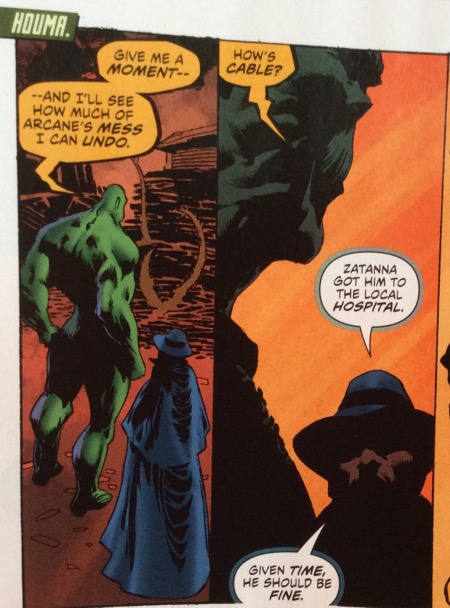 After his struggle to save the planet Swamp Thing is still considered a monster to the unknowing, most of the world. Although, after being duped by Arcane which resulted in this pickle of a mess, maybe he deserves it? 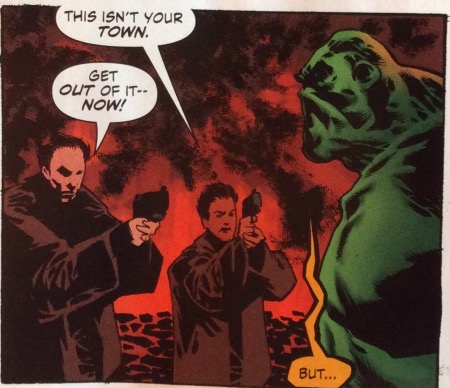 There are a few cool moments like the one below where Swampy expresses his willingness to help and be honorable. 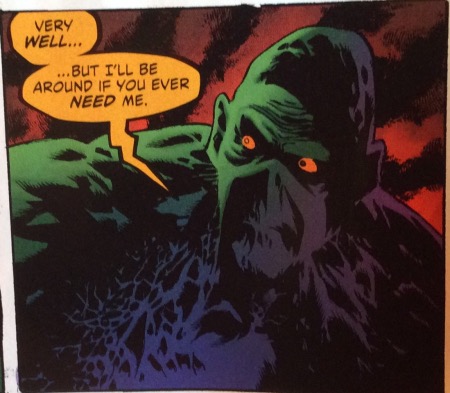 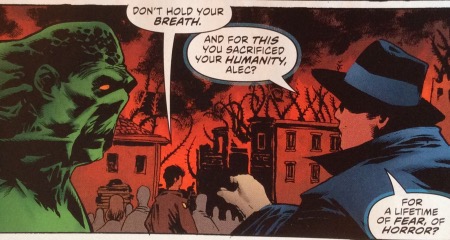 Wein puts Swamp Thing in a self-defining role. I like how he’s portrayed as the monster who accepts his role as a defender for humanity rather than a superhero-like being who does the same. His monstrous attributes are what has drawn me to the character for so long. 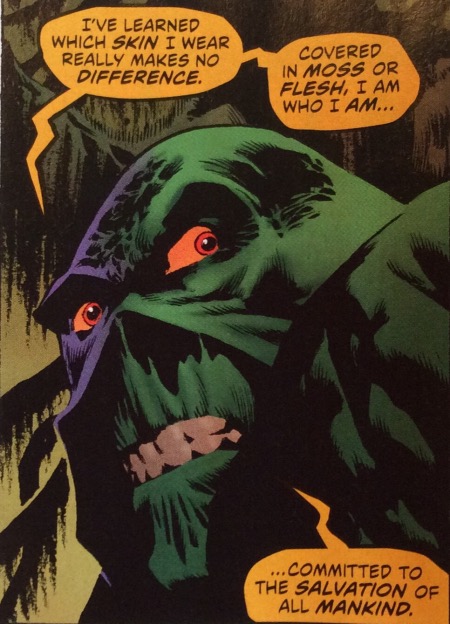 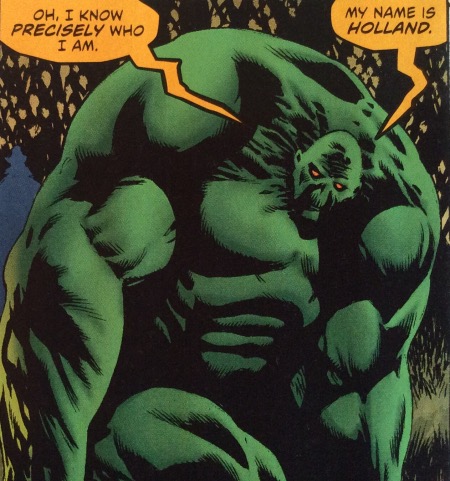 Another classic ending where Swampy walks off into the dark and mysterious swamp, alone.

Back at the hospital, Houma Mercy General.
Matt Cable recovers after his ordeal, being possessed by Arcane.

I enjoyed the surprises at the end of the book. Wein left a whole lot of room for possibility, but alas the series comes to an end.

I’m interested to know what Wein’s intentions were, having Abby show up. She was mentioned earlier in the series but not much was addressed as to what her situation was. On the topic of family, I hope we get to see Tefé again in future runs. 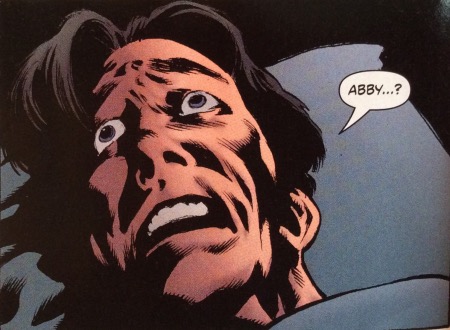 Who knows what’s in store for Swamp Thing now? He is slated to appear in the new Rebirth Hellblazer series but other than that, cameo appearances may be all we see for some time. I’m holding out hope that a new series will emerge sooner than later. Looking back, I hope this series six proves that there’s still a great interest to create Swamp Thing stories and enough folks reading them to make more. Below are the sales numbers for issues 1-5*.

Are these decent numbers? Is this enough of a draw for DC to launch another Swamp Thing series? This obviously is not a clear reflection of how much DC benefited from the series but it does provide some perspective. Below are even more sales numbers from previous series.

*all sales data taken from The Comics Chronicles