NOTICE: Within this book lies a Swamp Thing appearance as well as a Swampy parody. I was excited and a little confused when I picked it up today at my local shop. It is my honor to warn you of this rare occurrence in The All New Atom #3. In this universe Swamp Thing 8 (series 1) The lurker in Tunnel 13 was an actual event that intrigued the right type of people to warrant a film; a poorly produced film depicting Swamp Thing and the almighty M’Nagalah battling it out at the bottom of a mine. 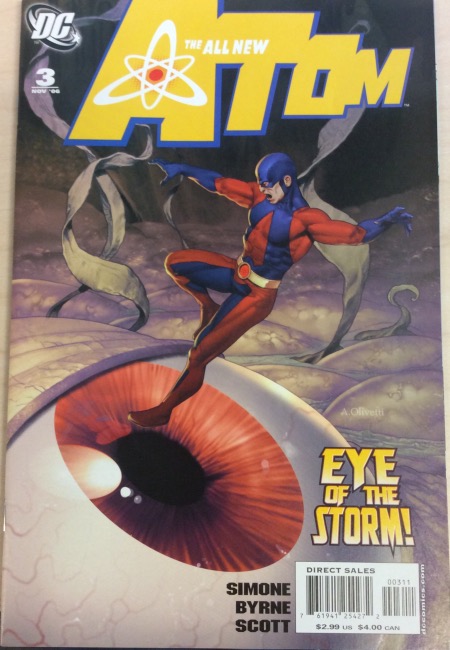 A lot is going on here so I’ll jump right into the juicy muck-encrusted parts. This is Dwarfstar. He is an expert with that hunting knife.

Those familiar with series 1 are aware that M’Nagalah just won’t go away. Well, he’s back and is just as long-winded as he was in Perdition, PA back ’74. 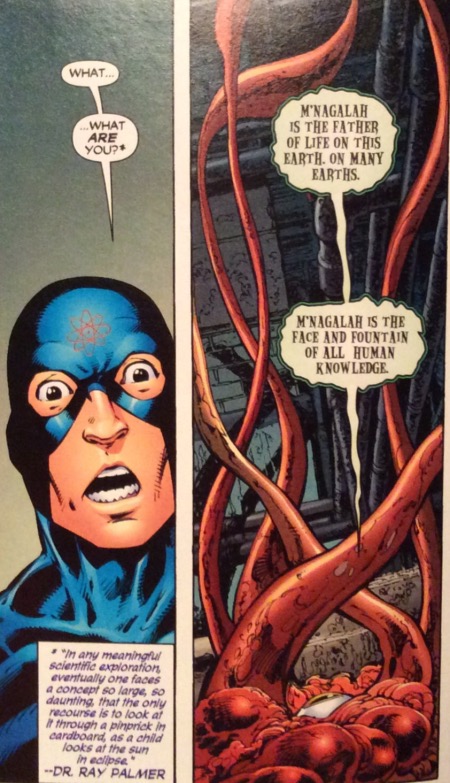 Ryan Choi, The Atom, has been deemed worthy and suitable by the almighty M’Nagalah. While providing his lengthy exposition, a flashback reveals a familiar form.

Swamp Thing lurks in the shadows within M’Nagalah’s  monologue.

Ryan Choi tries to enjoy his date at the drive-in. The title of the movie on the marquis reads, Terror in Tunnel Thirteen. It’s the story of Swamp Thing vs M’Nagalah, as seen in Swamp Thing #8.

M’Nagalah rears his ugly head which results in The Atom being swallowed whole by his date.

It should be noted that The Atom’s date grows a few hundred feet before swallowing him whole. It’s also worth mentioning  that the stringy, orange stuff on the giant woman’s back is M’Nagalah doing what he wishes, screwing everything up in the process of devouring the universe and all life forms within it.

While a giant, man-eating woman roams the drive-in theater a group of Putitans arrive, excited to see the feature, Terror in Tunnel Thirteen. They refer to M’Nagalah as, “the cancer god, the source of life”. 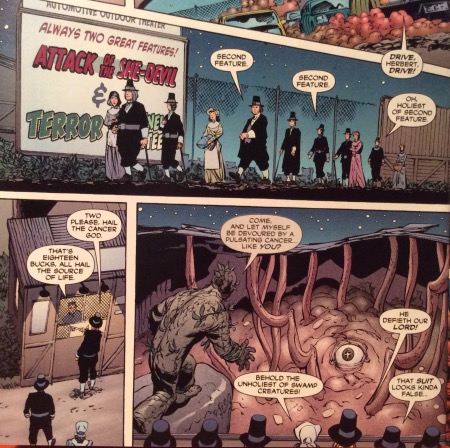 “that suit looks kinda false”, not the first time a Swamp Thing film has been called out for their special effects and make-up.

The film has begun… 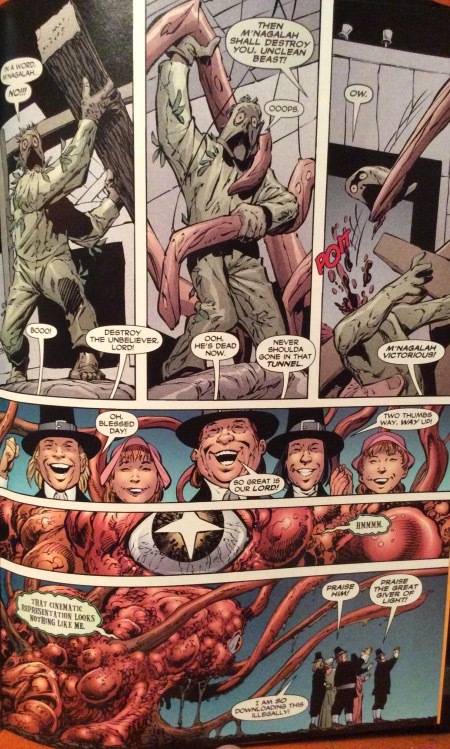 as you can see, the actor portraying Swamp Thing is in a fairly crude costume while the tentacled blob, M’Nagalah is suspended from cables.

The movie slightly deviates from the original tale as Swamp Thing loses his head.

M’Nagalah is not pleased with how he is portrayed.

In an elseworld where life doesn’t revolve around Swamp Thing, I picked up a few first appearances today (along with a Diamond box packed full of comics, trades and Swampy research material that I’ve neglected to pick up from my box at my LCS). The Ragman book replaced an old copy that I’ve read ragged but the other ones are long awaited additions.