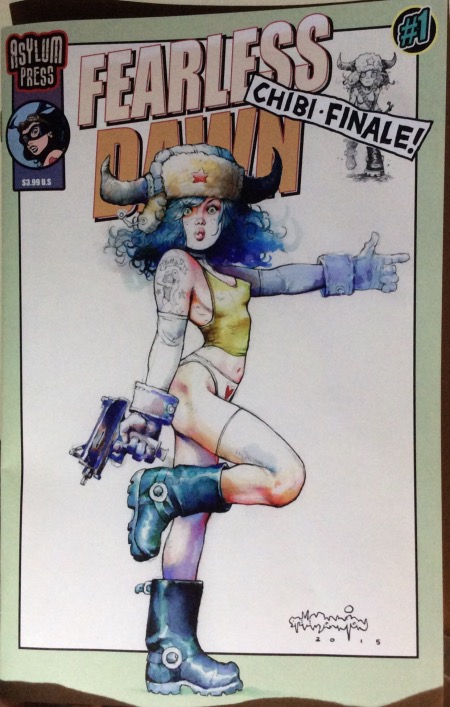 While assisting with the orders for new comic book day, I thumbed through some books that I’d typically pass on. I indeed judge comics by their cover, especially if a scantily clad woman dons said cover. I’m not keen on women being objectified and sex is an extremely lazy way to sell comics but I step down from the soap box. I bought Fearless Dawn because my preternatural ability to sniff out oddball Swamp Thing sightings paid off . I just happened to flip through the last few pages and came across this great Swamp Thing parody. 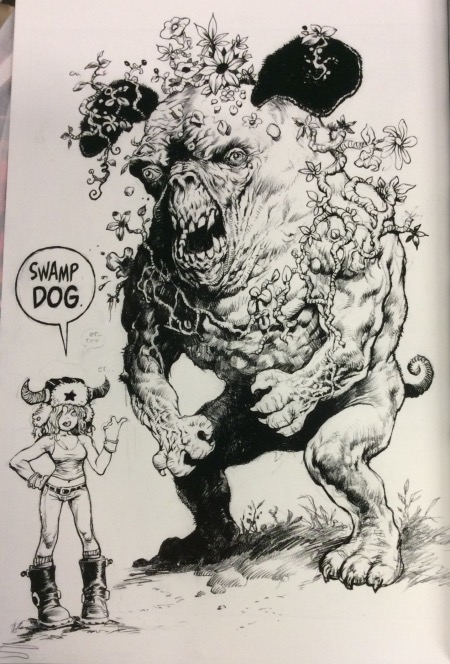 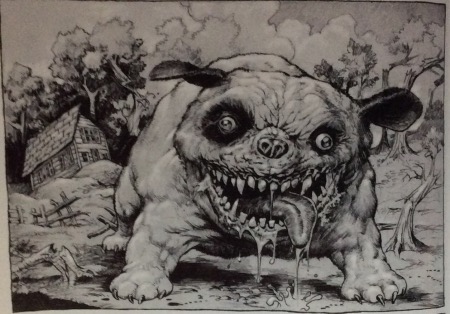 …everywhere he roams, mayhem and destruction. 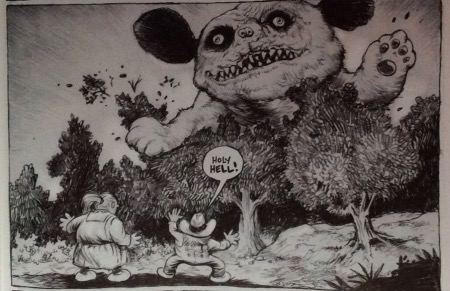 The gigantic dog eludes Dawn in the Swamp. In a perfect world, this would be the point in the story where the giant dog goes to school, trains to be a scientist, marries his college sweetheart (who of course would be a scientist dog named Linda) and begins his life’s work on a biorestorative formula only to have it stolen by thugs who leave him for dead, deep in the swamps of Louisiana and buried within this lengthy run on sentence. But like I said before, that doesn’t happen in this story. 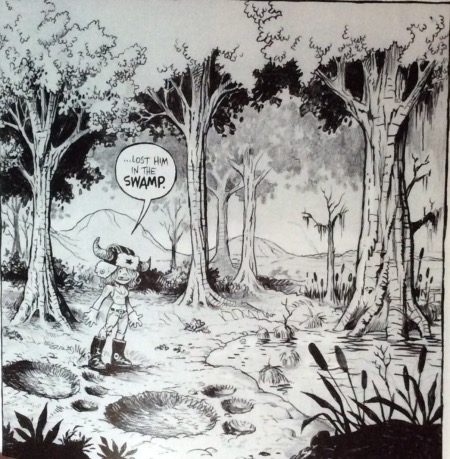 I had never read a Fearless Dawn book and quite enjoyed it. It certainly is risqué but a fun adventure runs throughout. 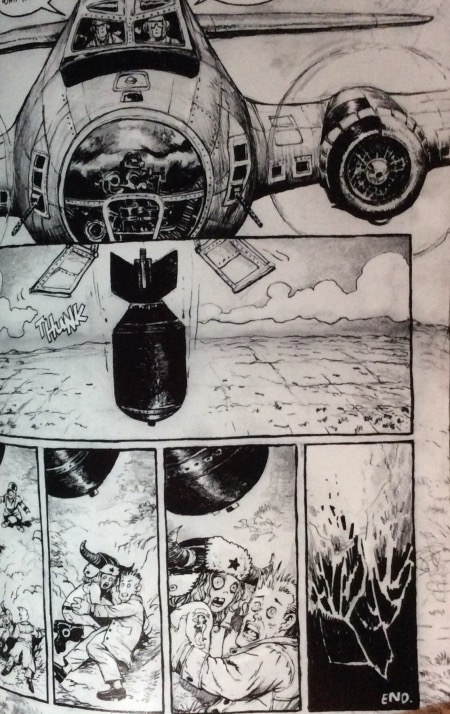 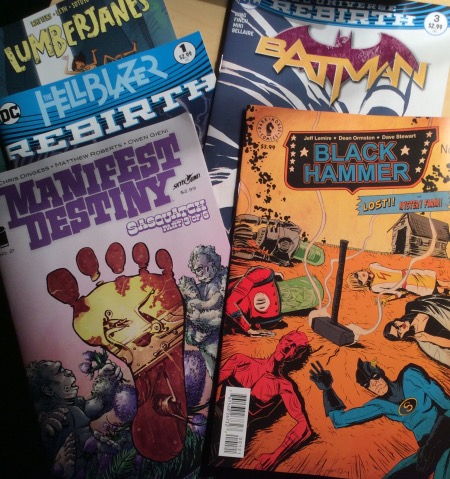