This unlikely Swamp Thing sighting was brought to my attention last month and I’m finally getting around to writing about it. I was sure to read the story thoroughly in an attempt to figure out how this interesting Swampy sighting could possibly work within the established continuity; it doesn’t. 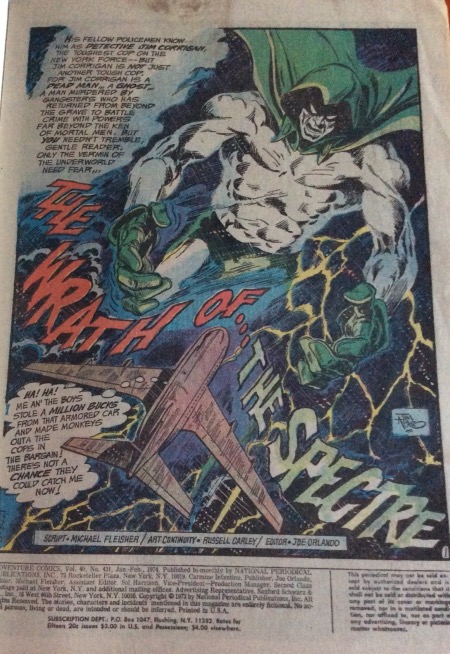 Fritz and his crew rob an armored car and murder the drivers. It’s a grim tale of death and retribution.

Lt. Jim Corrigan is on the case! Quite frankly, he’s on a vengeful warpath.

He runs one of the bandits off a cliff and visits another at his apartm… wait just a second! What’s that on the wall? 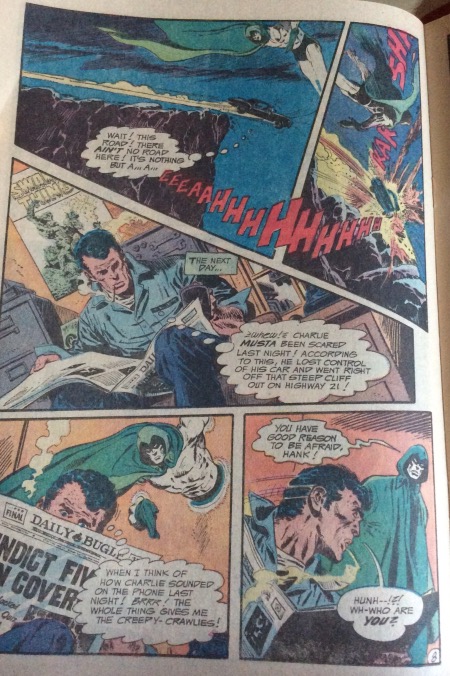 Armed robber, Hank has a poster on his wall depicting the cover to Swamp Thing 5 (1973), The Last of the Ravenwind Witches. Naturally leading me to wonder, In what world/DCU Earth would the story of Swamp Thing’s escapades in New England, a year prior to this Spectre story, become so popular that it would warrant the production of a poster? Surely it was added without concern for continuity but rather a fun homage to Swampy …right? Either way, who cares? It’s an awesome little sighting that I’ll be sure to bury deep down in the Swamp trivia portion of my brain. 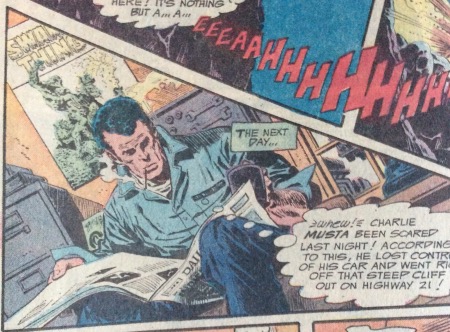 Like the rest of the robbers, Hank meets a gruesome fate at the hands of the Spectre.

The second story in the book is, Is a Snerl Human?

The answer is indeed as important as you initially imagined.

Along with the seemingly out of place Swamp Thing 5 cover poster, this ad in the back of the book also features issue 5. 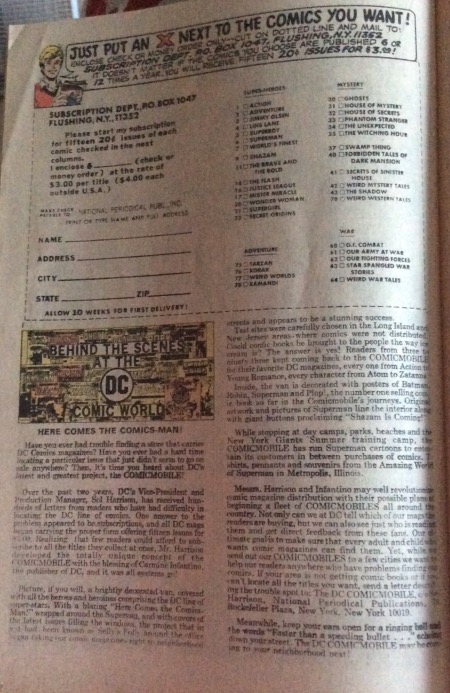 One thought on “Adventure Comics 431”