I received an email last week from the wonderful folks that run George Perez’s website. My Fandom Feature #1 post came up on their radar and they asked if I could send them a photo of George’s Silver Surfer sketch that he drew, from the book. I was happy to oblige and it is up on
George-Perez.net! 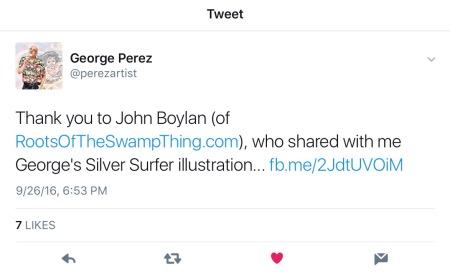 In other news, It’s been a great week for mail and I’m excited to share the new Swamp Thing goods with you. A lot of film production slides, books, autographs and more are coming your way… hopefully later this week.

The book reprints a few other stories, including The Revenant
from Tales of Terror #8 (1981)

Second Choice from House of Secrets #85

I was extremely excited to stumble upon this as for a Swamp Thing trade. The original piece of art, by John Totleben is goung up for auction in November. –more info regardng the auction 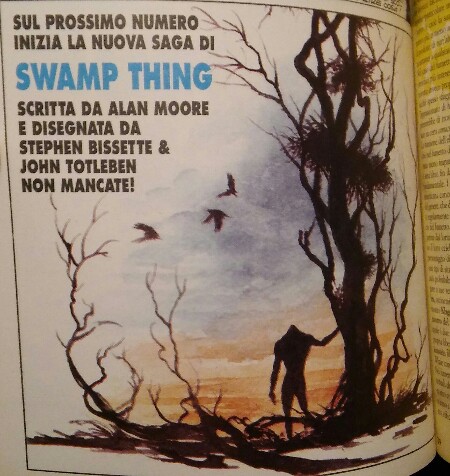