The new Lost Boys book wasn’t on my pull list last week but I was sure to pick it up this evening after learning that Swampy makes an appearance. It’s not exactly an appearance but he shows up in a few panels. 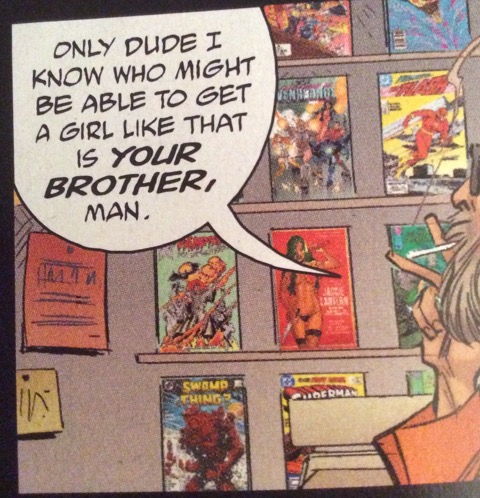 Like the Lost Boys film, this book is set in 1987. The same year, Swamp Thing 57 Mysteries in Space was released. Any comic shop worth its salt would have it in stock.

Numerous comics, released around the same time, populate the shelves. Rather than redrawing the covers, it appears the originals were copied and pasted into the backgrounds. 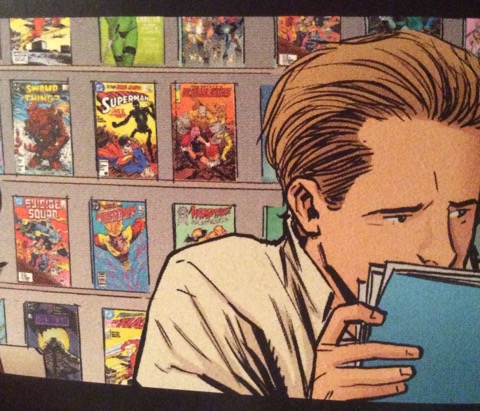 Scarce #12 (1987) - French Fanzine!
Swamp Thing Tab & \ Keycap
Holland Files (the international Swamp Thing fanzine) lies betwixt two dynamos. I'm not sure how the camera held up to this magnitude of cool. 🤣 It's an honor to see the book supported so much. Thank you @scully_182 & @tomthyestean #swampthing