Ilke over at George Perez’s website sent along some images and info pertaining to a Swampy sighting within some comic shop promo materials. While living in New York City, George Perez’s local comic shop was Mike’s Comic Hut. For a little while Perez drew promo art for the Flushing, Queens based store. He created a series of illustrations that were printed on Mike’s shopping bags. The one below, from 1987 depicts Swamp Thing.

It’s certainly a small sighting but neat non the less. Gumby appears to be on top of Swamp Thing.

Just kidding, and shame on you for believing such technology could ever possibly exist.

I’d love to find an actual bag (above). Having a piece of Mike’s legacy and a George Perez collectible would be pretty cool. Below are some of the other illustrations that made it on the shop’s bags. The detail is impressive. I hope George was compensated with free comics for his effort. 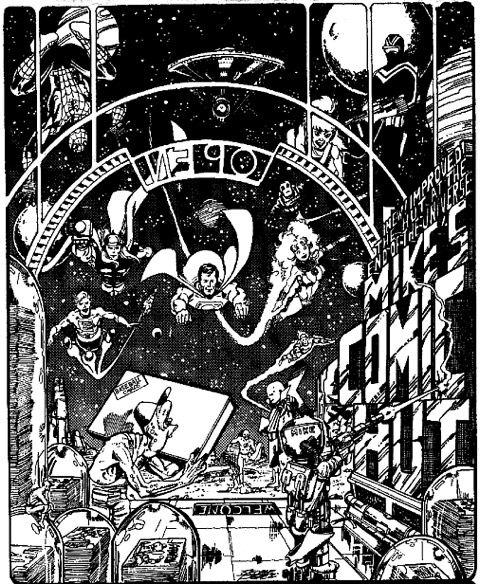 Detail from the 1987 bag. It appears that the Hut changed names at one point.

Mike’s shop closed it’s doors in 1993.
He passed away the following year.