It’s been a while since I’ve had this much fun reading a new Swamp Thing story. 6 months into DC’s Rebirth push and we finally have a fun, adventurous romp with Swamp Thing! I enjoyed the story so much that I bought two copies. I’m excited to drop my extra copy on an unsuspecting comics fan!

It’s an action/buddy story depicting two earth gods trying to help each other the best they know how. The two characters, typically uncomfortable in their own skin (either alien or vegetable) seem to always be learning and growing from their experiences with others; the strongest of beings learning and humbled by simple lessons. This story delivers a similar theme.

There are a number of reasons why I thoroughly enjoyed this book. It’s fun! Swamp Thing’s abilities are utilized to great lengths; takeing on many shapes throughout the story.

I was extremely happy to see that Jorge Jimenez was doing the art for the annual. His work always feels bigger, more grand, like time and care went into them. His characters are stylized with a lot of detail. There is a slight animated look about them. I would love to see this animated as a short.

Alejandro Sanchez puts together a showcase for us. His color palette is beautiful. He plays with light throughout the book. I was blown away. 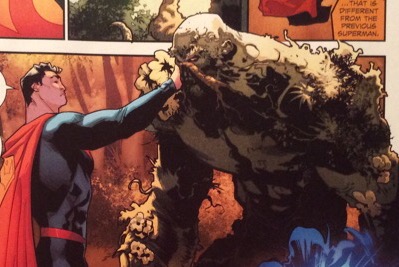 The story has similarities to Alan Moore’s, “The Jungle Line”. In DC Comics Presents #85 (1985), Moore has Swamp Thing helping Superman rid his body and mind of a poisonous fungus known as Bloodmorel. Here, Superman is assisted by Swamp Thing again but this time to reconnect with the planet he calls home. 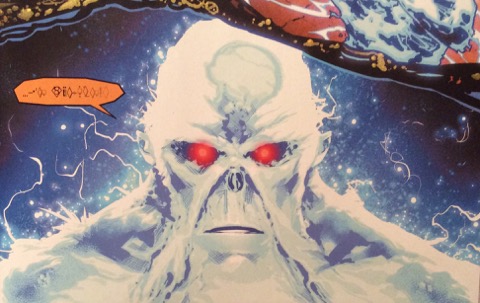 “Rooted and cleansed” is my new mantra. I love Swampy’s little smirk.

From the top rope! …or the high dive. Let the healing begin! Swamp Thing is going to try his damnedest to get Superman and Earth back on track.

At one point, Swamp Thing and Superman exchange blows and it’s quite comical. The two communicate so well. 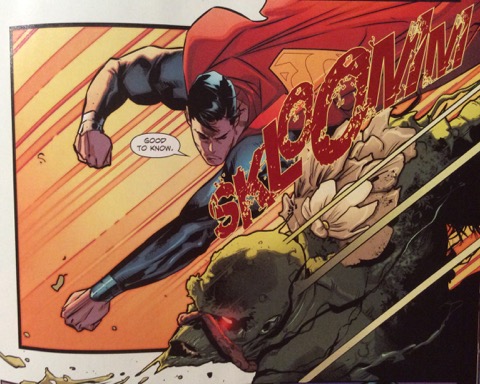 Above, Swamp Thing’s face reminds me of something from Eric Powell’s, “The Goon”. 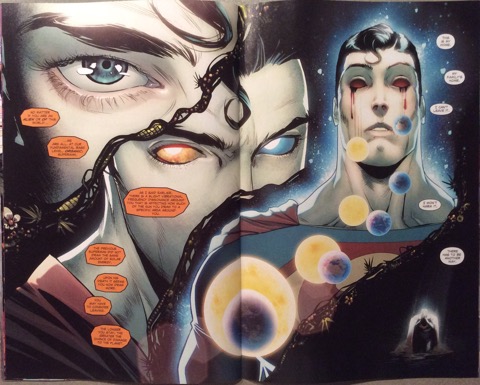 I get lost in a few of the story elements within the book; mainly because I lost interest in Rebirth Superman very quickly after it’s launch. The few plot points that I’m not clear on does not deter me from enjoying the story and action. Speaking of action, besides the first couple of pages it’s non-stop action.

The two superheroes help each other in unorthodox ways. But, unorthodox is what’s best about Swampy. Just look at the image below. Swamp Thing has a kryptonian spit curl… not, a cybernetic eye

I can’t recommend this book enough. It sold out at my local comic shop when it came out on Wednesday. I hope it helps to revitalize Swamp Thing’s visibility and popularity. A new series would be much appreciated.

One thought on “Superman Anuual 1”