I hope everyone is having a wonderful holiday season. I’m happy to say that I recieved some great Swamp Thing related presents today for Christmas. It’s been a very busy past few months and I hope to have more down time to catch up on reading and writing. In the meantime, here’s an awesome book that I recieved today. 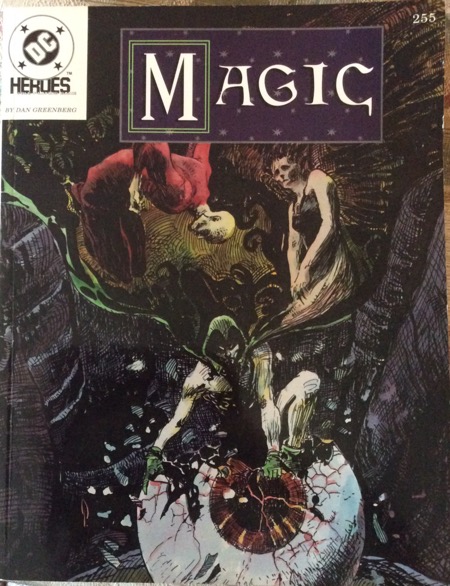 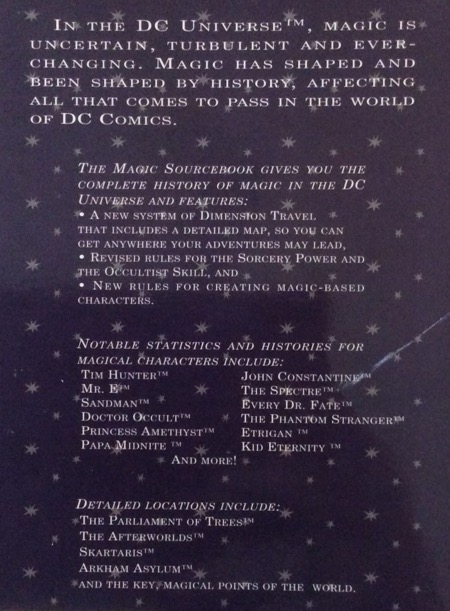 Not only is this a great sourcebook for a fun game, it features a bunch of information related to the Magic realm of the DC Universe. Swamp Thing, Abby, Arcane, Deadman, the Parliament of Trees, the Green and so much more are highlighted and explained for participants of the role playing game. 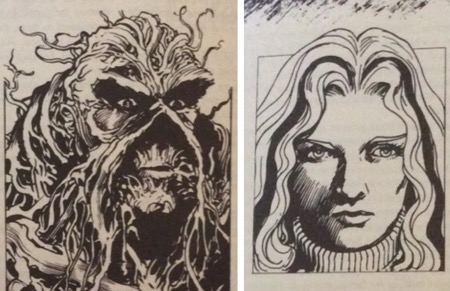 I was not aware of Swamp Thing’s appearance in this book until last month. His bio is three pages long and quite thorough, covering his origin up to the then current storyline from 1992.

Swampy is referenced multiple times throughout the book, playing a pivotal role as Earth’s mighty elemental and as a conduit between the realms of magic and science/nature.

I originally intended to write a lengthy summary of this book and how Swampy takes up quite a bit of space within it but instead I’ll let the book do the speaking and you can enjoy the articles for yourself.

Below is one of the numerous diagrams within the book that define elements of DC’s realm of Magic. It’s so great to see the different worlds/realms in context and in proximity to each other. Based on this diagram, Swamp Thing is the epicenter of the Dimension Travel Guide. 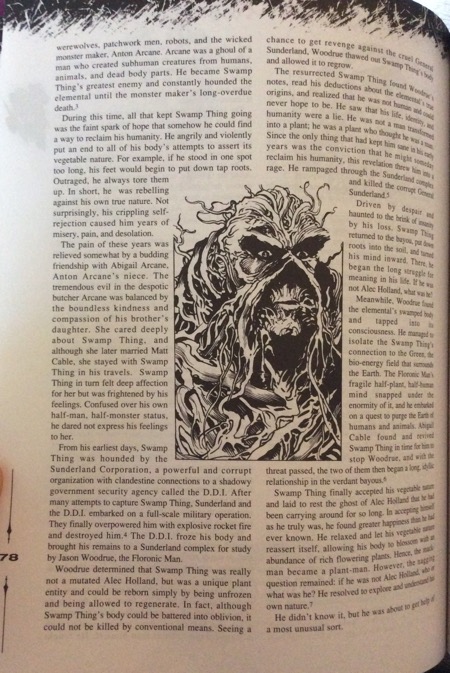 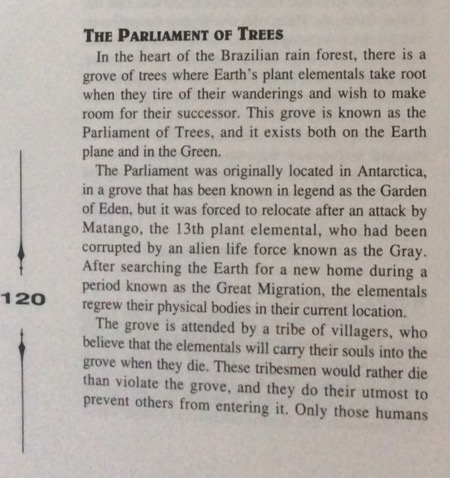 The breakdown of the Parliament Trees is really cool. I love the diagram below! 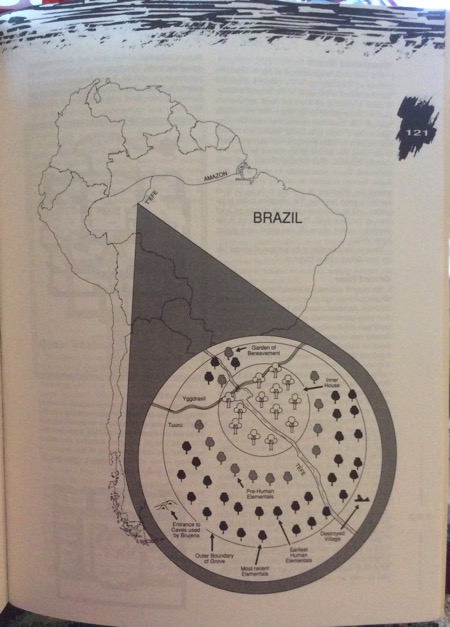 As I mentioned above, this book is filled with all sorts of info and bios from DC’s realm of magic. I thoroughly recommend picking up this book, if not to play the game, as a reference tool.