This French edition collects issues 6-10 of Wrightson and Wein’s series 1 run. Like many oversized, non-US editions the book is black and white. The art work is beautiful. The black and white editions really highlight Wrightson’s craftsmanship. 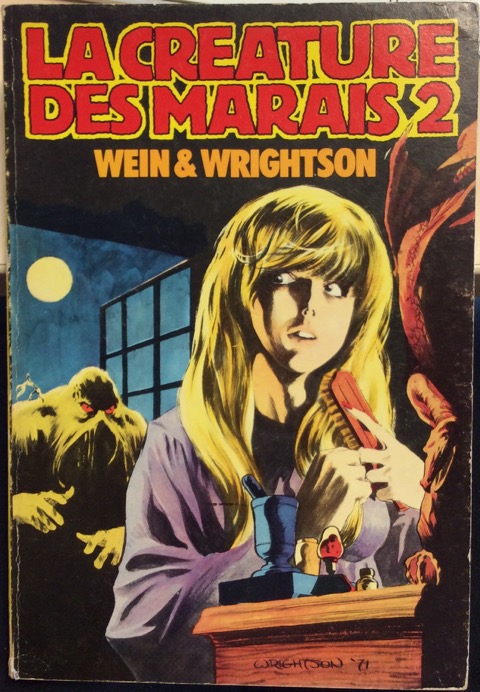 The cover features the House of Secrets 92 cover. It appears to have been recolored.

Artwork from the  cover of Swamp Thing 3 appears on the title page. 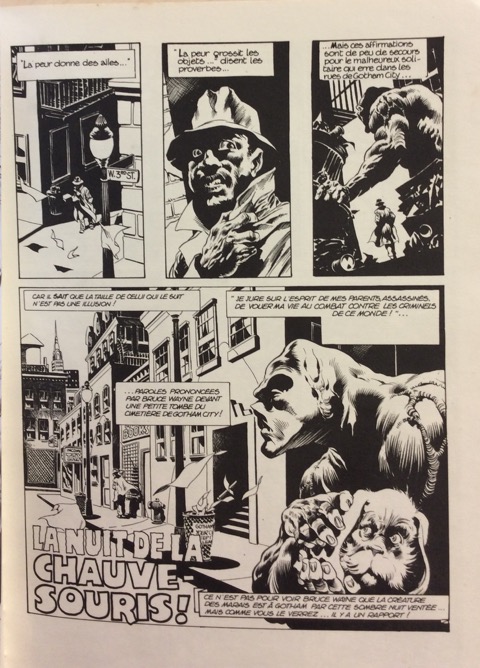 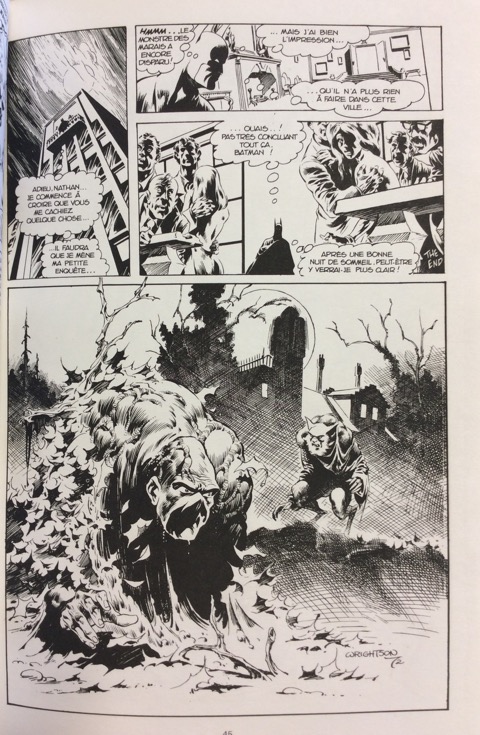 A portion of the cover of, “Monster on the Moors” acts as filler at the end of the story for some reason. It looks amazing, enlarged. 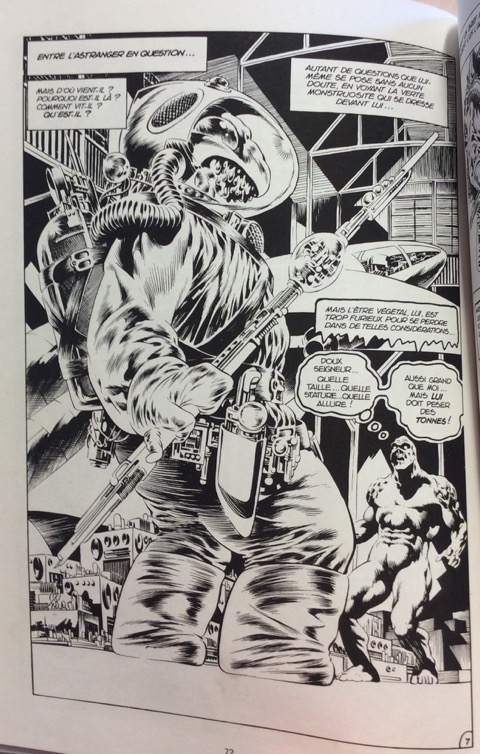