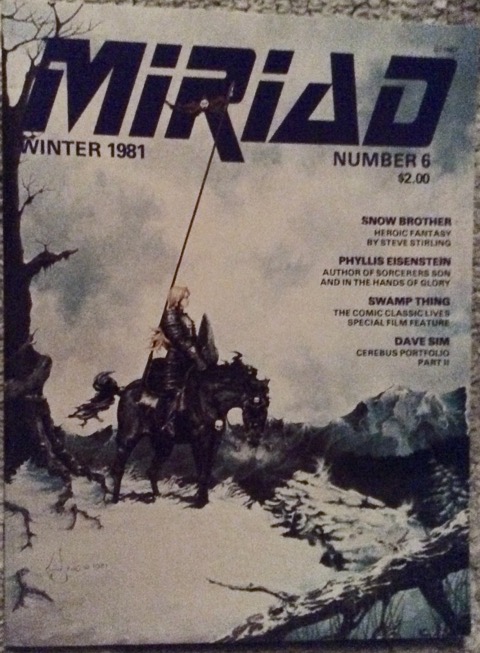 After hearing of Len’s passing last weekend, Ellison’s praise for Bernie, Len & Joe ring out. A beautiful honor to the men who opened up the world to me; not only within the books they crafted but in my day to day. I have a laundry list of reasons why their creation has improved my life. At the top of the list is my experiences with you all; being able to share my passion with fellow Swamp Thing fans from around the world. 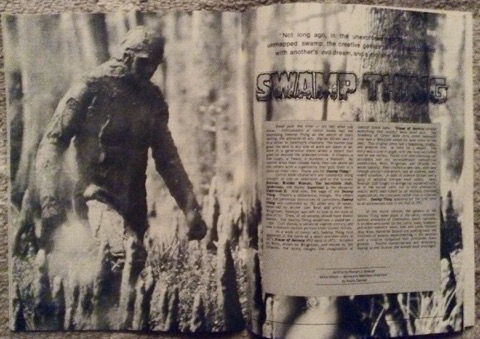 The article was written prior to Durock assuming the role of Swamp Thing, leaving Dick without credit as playing Swampy. As most of you know, Durock replaced Ray Wise after looking much better as the title character.

Author and publisher of Miriad, Kevin Davies provides an abbreviated yet concise history of Swamp Thing, from creation leading up to the feature film. I pulled some of my favorite quotes and insightful bits.

Davies analyzes significant differences between the comic and film adaptation.

Davies snapped some pictures of film producers Michael Uslan and Benjamin Melniker during his interview with them.

It’s fun to see young, Michael Ulsan (another Swampy fanatic). I don’t think a DC film has been produced without his hand in the mix. I can’t thank him enough for ushering Swamp Thing to the big screen.

There’s even mention of the “serious” Batman film/Adam West kerfuffle with Uslan and Melniker.

Uslan, “knew when Swamp Thing first appeared in ’72 that he wanted to see the saga of Alec Holland on the silver screen.” 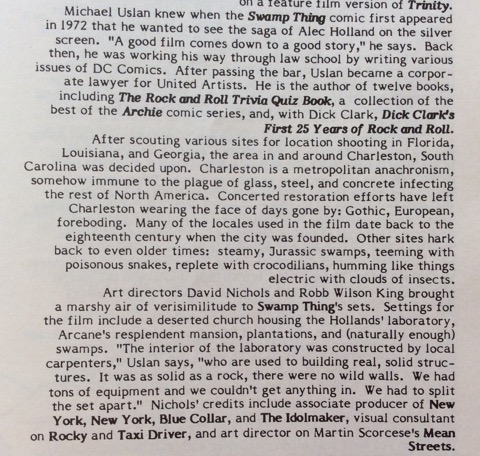 The excerpt above is why I love tracking down articles (film or otherwise) related to Swampy. Uslan’s anecdote regarding sturdy set construction is funny and don’t think I’ve come across it before. Watching the film, it’s obvoious how sturdy and thorough the set was planned. It also helps to have Art Director vet, David Nichols on the scene. Check out his credits above. 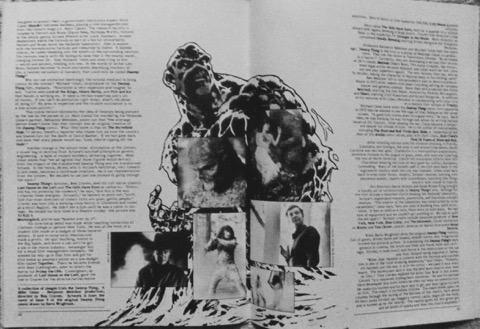 These layouts with oversized, Swamp Thing spreads are awesome. 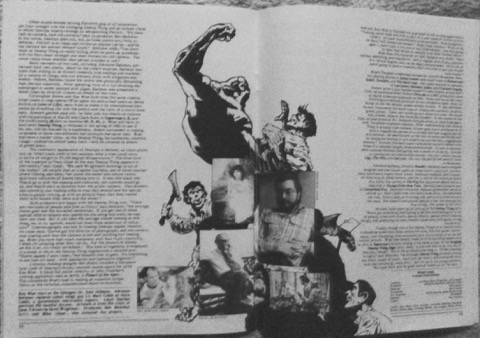 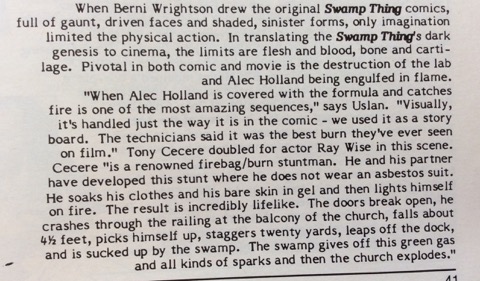 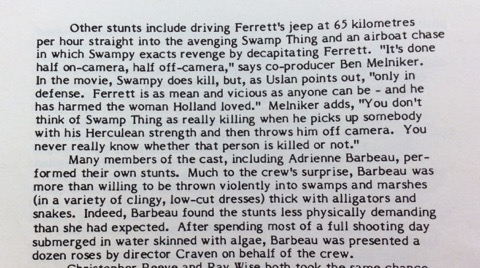 Davies speculates on the future of Swamp Thing’s role in the film world and possibilities for more.

More cool on set insight! I love these stories of the costume and problems they had to work around during filming.

Ray Wise even gets in on the article! I haven’t come across too many Wise quotes (from the time) relating to taking on the character and his thoughts on comic films. His attitude toward the projects is fun and energetic. It would have been interesting to see what he could have brought to the character, over time. 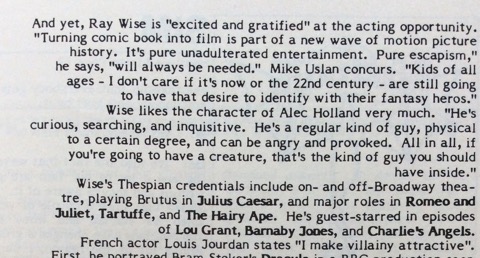 Davies mentions the Superman Swamp Thing comic!
I posted about Swamp Thing’s first film appearance a while back, and I’ve not come across another mention of it since DC Special Series 17.
“If you don’t know, now ya know…”

The icing on the cake for this collectible, is the Dave Sim Portfolio! 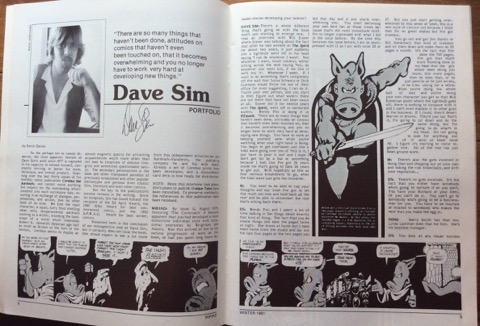 I picked up a copy of this magazine and it came signed by Dave Sims! 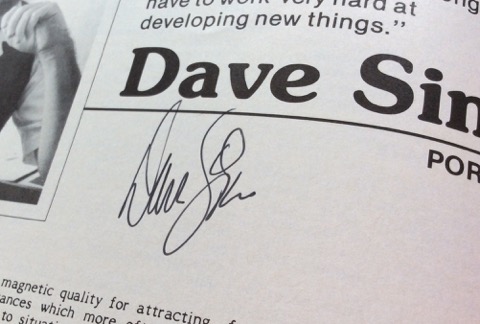