Within Harley’s Anniversary issue lies a short story featuring Swamp Thing. This story is bonkers in the best way! I stopped a few times to laugh and ask, “what the hell is going on?”. I waited a week to write about it, hoping folks have had a chance to check it out. If you haven’t yet, please notice spoilers await.

I’ve not heard much chat about this appearances from fellow muck maniacs. It’s an extremely fun and flippant Swampy appearance that seems fitting, in light of his recent, random appearances (comics as well as film). I’m thinking it may fall in the ol’ parody category.

New York is in a panic, bracing for impact as hurricane Jenny approaches. Harley and Ivy are cool as cucumbers, while the locals are shedding their humanity.

Harley and Ivy navigate through the pre-storm chaos to the produce section. 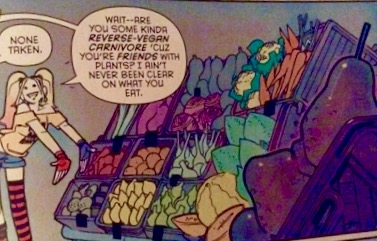 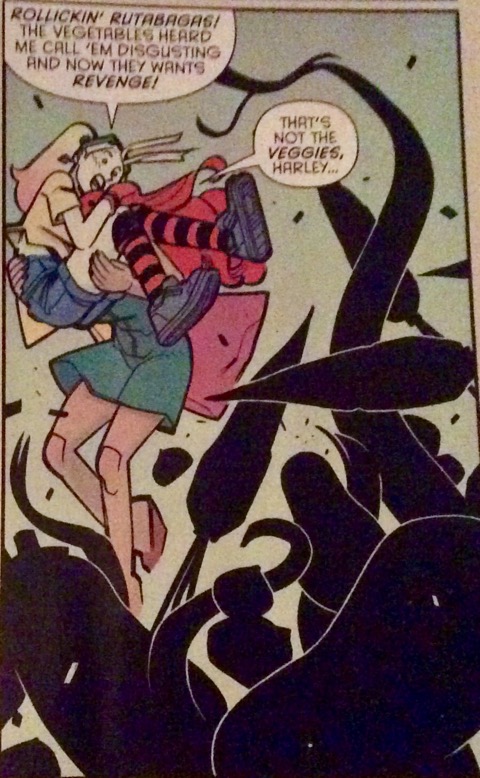 Speaking of cool cucumbers, Swampy doesn’t spring from produce stands enough. More of that would be great. 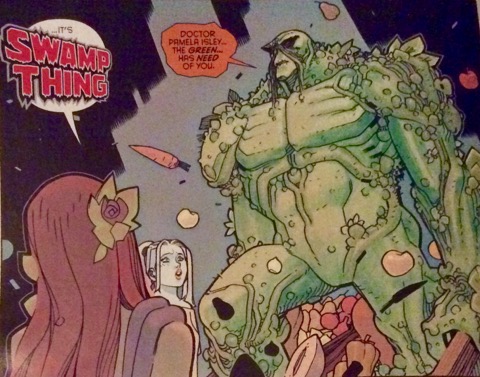 Swampy’s come for Dr Isley, looking to take her within the Green to assist in stopping hurricane Jenny. I bet he’s thinking, “with our powers… combined… we can… pull a Captain Planet… maneuver!”

I betcha he wasn’t thinking he’d have to dress like the Gortons Fisherman!

Back to the story
Swamp Thing convinces Ivy that they need to act swiftly in order to stop the storm.

Rather than using tubers to take Pamela deep within the Green, he uses a green gas.

Dr Isley’s body falls to the ground as her consciousness enters the Green.

In the midst of the magic Harley thinks Ivy is in trouble and attempts mouth to mouth. 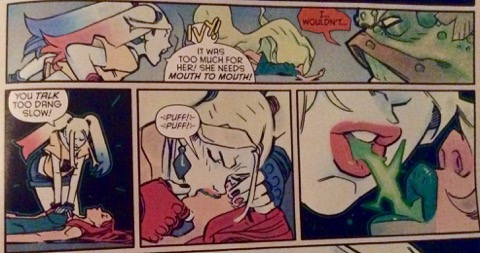 Of course Harley inhales the gas and is drawn into the Green. In this wacky story, it’s perfect. 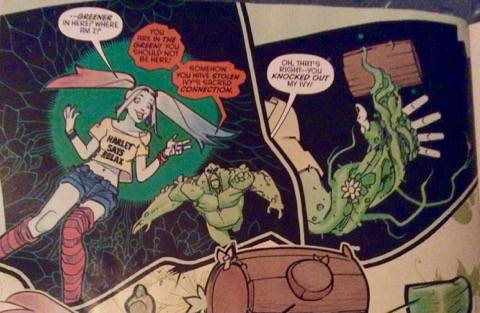 Harley gets in a good sucker punch, generating a mallet with her new found powers within the Green. 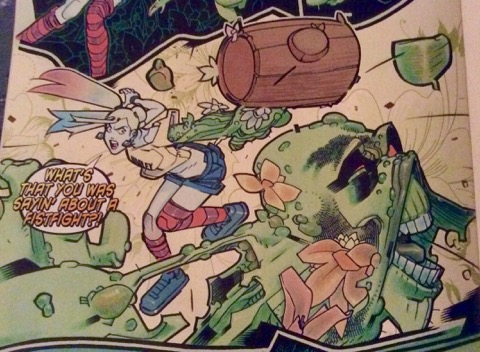 Although angered that Harley is in the Green and that she got him good with a mallet, Swamp Thing finds inspiration. Time to act! 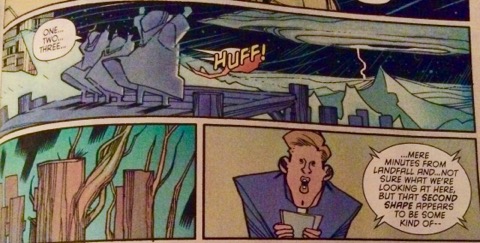 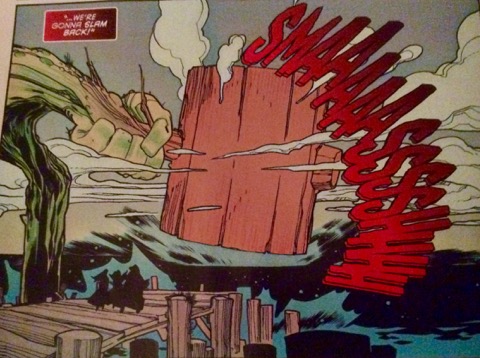 Raining fish? Check! Swamp Things’s job is done here. I just hope he doesn’t have to return his new get-up.

One thought on “Swamp Thing: The Gortons Fisherman”