Now this is a fanzine that I would obsess over if published today; a DC focused fanzine. The UK book features some amazing fan art, articles, and even a full-page Swamp Thing/Batman illustration!

Direct Currents was published by Hassan Yusuf. I’m not sure how many issues of the fanzine were produced but am extremely grateful to have obtained the first.

The full-page Swamp Thing illustration appears to be illustrated by Nik. As you can see, the name Ziggy along with the letters G-Q-U-J are also on the wall. Nik’s illustration looks like it was influenced by Bernie Wrightson’s Batman & Swamp Thing from series 1, #7

Below is the back cover of the fanzine. An awesome Joker illustration accompanies an ad for The Old Comic Shop. 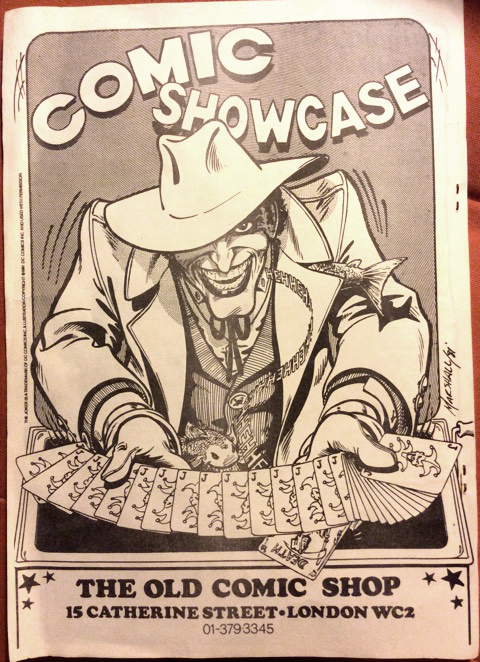