The Spanish magazine provides a glimpse into the history of comics, including profiles of some of comics greatest artists. This issue highlights Swamp Thing and features a portion of Swamp Thing 2, The Man Who Wanted Forever. The reprinted story is translated and recolored.

Below, I attempted to translate the featured Wrightson interview:
“In the horror stories that I draw, the characters perish more to real people than Kirby characters, or that of much of the publications of Marvel. Many of the Marvel magazines present superheros, the local means that the type that hits is super strong and, what is equally important, the one that receives the blow is also super strong, is able to endure it. It is as if two brick walls hit each other. What I want to say is that there is a lot of action and fights and dazzling lights and vigorous lines. I prefer the cause and the effect. I prefer that each action has an equal and opposite reaction, which means that if someone hits your head, your brain falls to the ground. and you die bleeding.

Action and violence are so difficult to define. If I take an objective look at my work, it does not seem too violent. I think there is a lot of climate. I think the violence in it is justifiable.

The industry system besieged around an asexual world. I do not think about putting a bit of shoehorn sex into a story. Probably what goes into it is subliminal and I do not realize it. That is very Freudian. I think that the industry, considering its position, would find it difficult to get sex and get it to work, and that it was in good taste. Of course, you can make a sex comic book just for the fun of it”
– Berni Wrightson, from an interview by Don McGregor from “MediaScene” 1974

I’ll need to confirm with the book in my collection, but I believe the interview was featured in MediaScene 16. 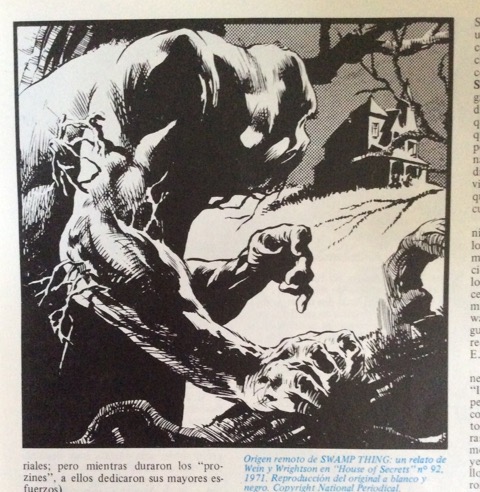 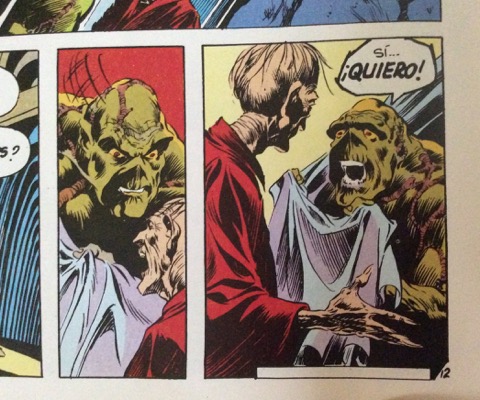 Unfortunately the story ends abruptly. I’m not sure if the story continues in the next issue. I’ll need to do some digging

“Where the young giants met
The “prozine” announces a new generation of comics artists in the seventies” by Kim Thompson is one of a couple articles highlighting comics legends.

I snapped photos of the artist profiles featured in the book. 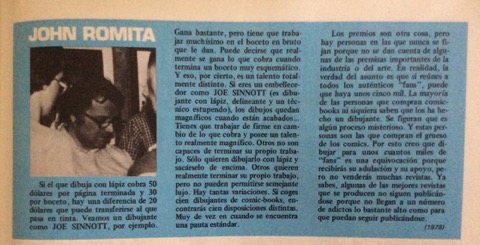