Watchmen is a fun series but I purchased this book for Dave Gibbons’ work on Swamp Thing. 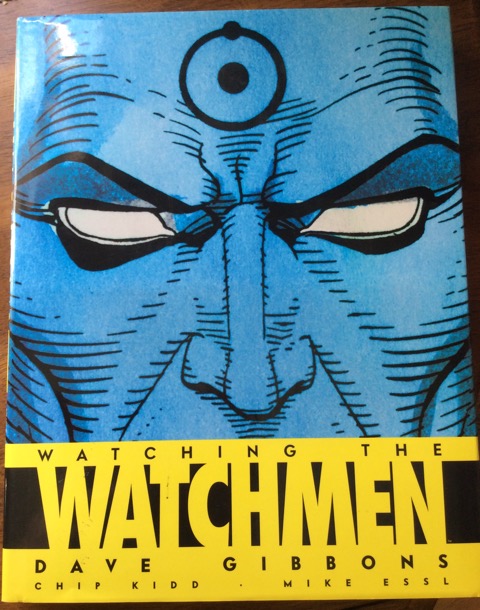 In this comprehensive hardcover, Dave Gibbons discusses his path into comics, as well as his work with Swamp Thing co-creator Len Wein. 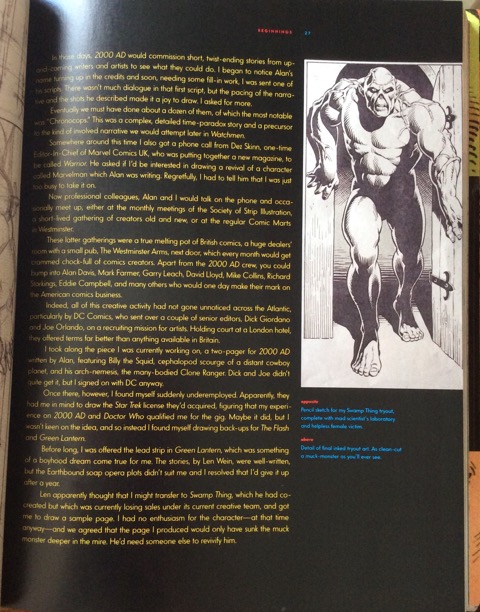 While working on various comic strips for books like 2000 AD, Gibbons was approached by Marvel UK and DC for prospective projects. Due to his busy schedule, Gibbons was unable to contribute to Marvel UK’s new Warriors magazine. Soon after, Gibbons signed with DC to work on their Star Trek series. The Star Trek gig never came to fruition but Gibbons began work as back-up artist on Flash and Green Lantern.

Gibbons was eventually offered lead on the Green Lantern book which caught Len Wein’s eye as a prospect to revive Swamp Thing, which had been steadily losing readership. Gibbons created the sample page below but he and Len Wein agreed that, “the page I produced would only have sunk the muck monster deeper in the mire.” I would have loved to see Gibbons take over the Swamp Thing series, but as he said, his lack of enthusiasm would not have helped the series to get back off the ground. 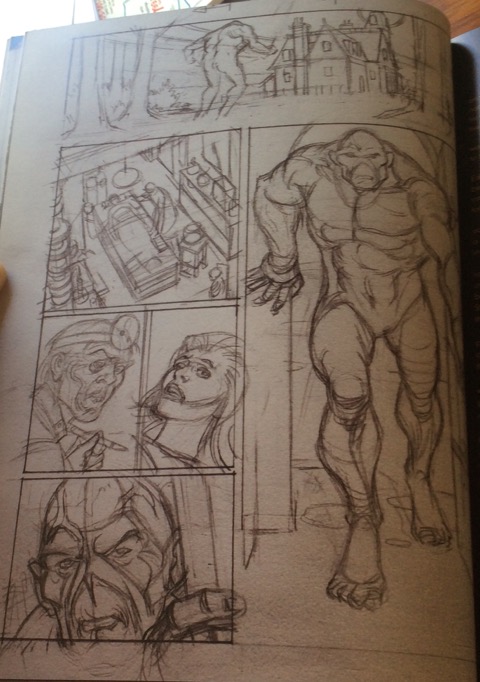 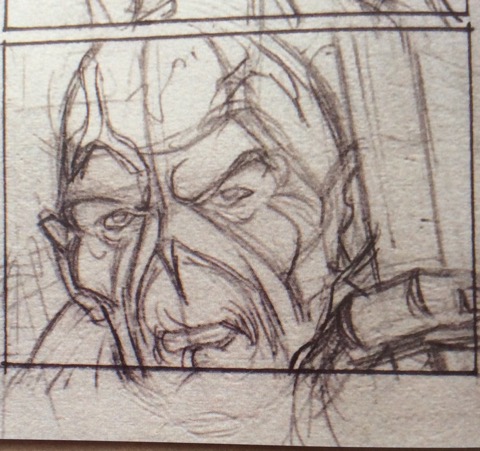 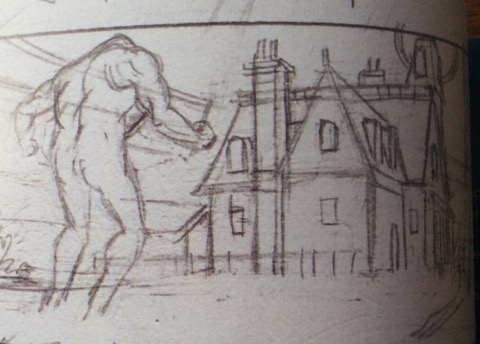