“Everybody left Blossomville in the end…” but some folks, like Bob, take a piece of the town with them wherever they go. 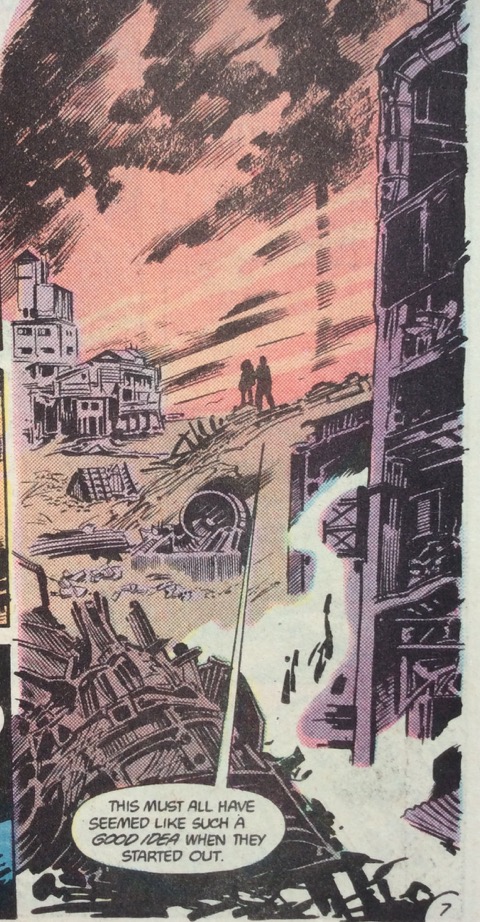 This seemingly simple, part 1 of 2, is a relevant character development point for Swamp Thing. Sure he’s been a helpful hand in the past but in this issue, he feels compelled to be proactive toward the nature related disaster lurking around the corner. Tapped into the earth/Green, Swamp Thing dreams he’s in Blossomville, PA. He asses the damage and weeps at the amount of destruction. This more eco-friendly/in-tune character trait is something that Moore (and others down the line) develop and nurture. In this issue, Swamp Thing is called to action and his connection to the earth, as being second nature, begins to blossom. 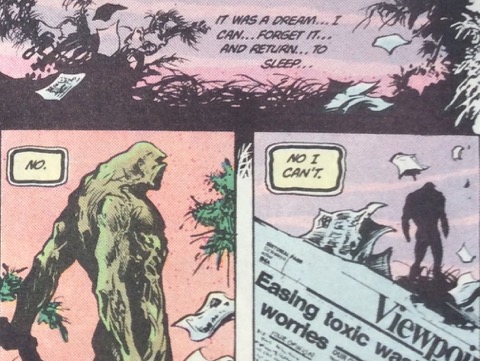 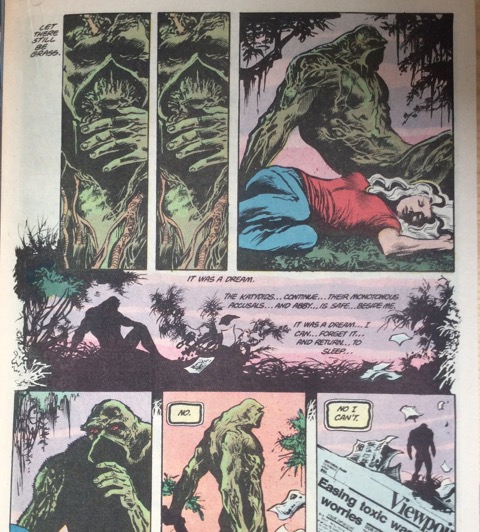 Blossomville, Pennsylvania: Once a thriving industrial town, now a barren nuclear wasteland. Up until a few days ago it was home to Bob, AKA Nuke-Face. We’re introduced to Bob who’s en route to Louisiana from Pennsylvania. Bob’s taken a liking to his new favorite beverage; so much so that-being in short supply-he’s in pursuit of the source.

Back in Blossomville, Bob started working in the mine in ’64 at the age of fifteen. He weathered hard times, remaining loyal to his employer and the town at large. But, not everyone cared for Blossomville the way Bob did. The mines eventually closed. Work was difficult to find due to industry drying-up. Even a town in ruin couldn’t chase Bob away. He stuck around living off the barren, industrialized land, finding shelter within the mines and wherever he could. 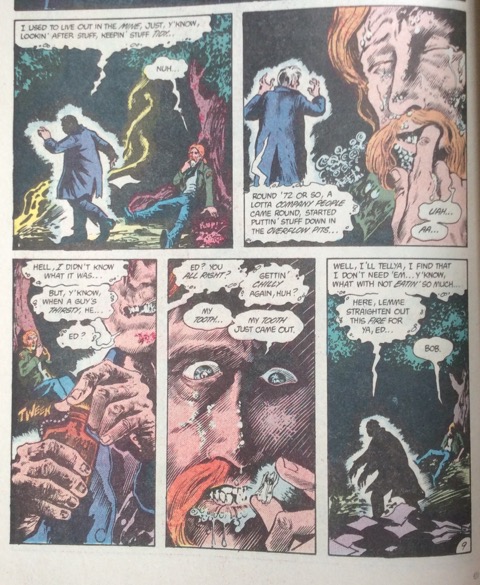 Blossomville became a no mans land. With little in the way to stop them, companies began dumping toxic waste in the abandoned town. Bob’s beverage of choice became toxic waste and he’s happy to share it . 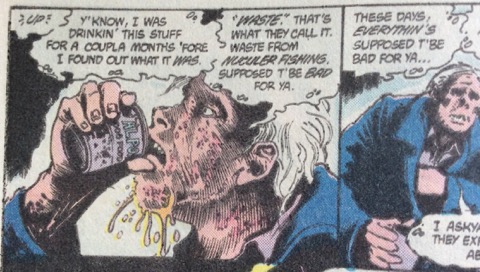 Moore depicts Bob as a reckless, childish drunkard stumbling towards his desires with a clumsy and aggressive communication style. Seemingly carefree and unconcerned, Bob poisons and kills all that he comes in contact with.

Nature suffers in the wake of his footsteps. Nuclear, mutated fruit rots from the vine.

After dumping and destroying the last remaining life Blossomville had to offer, the waste company relocates to southern Louisiana, where they think no one’s watching.

At the end of the book, Swamp Thing and Nuke-Face finally cross paths. Bob is desperately digging for the recently dumped toxic waste. 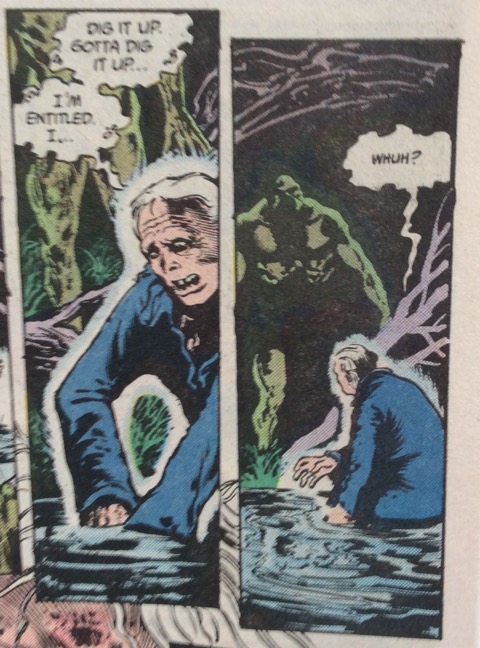 Swamp Thing had sensed a disturbance within his surroundings but he could not have predicted how toxic Bob would be. With just a touch, Bob drops Swamp Thing to the ground. With a clumsy swig of Bob’s toxic moonshine, Swamp Thing is on death’s door.

To be continued in issue #36

Letters Page:
Another letter-filled issue! There were even a couple complaints. This complaint made me laugh and I’m glad Karen Berger set the record straight. The reader must have been disappointed in how kick-ass Abby became in subsequent issues. 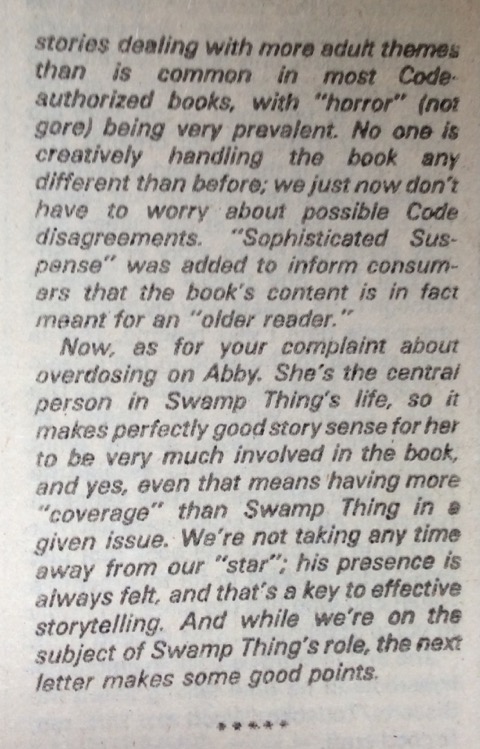 Berger mentions the Swamp Thing Comics Journal #93 that was released in September of 1984. The magazine is full of amazing art and interviews related to the Swampy series. Fitting with the chronology as I re-read the series, Comics Journal #93 will be the next book I write about.