Halloween is quickly approaching and it’s nice to have great stories to heighten the season. With all the spooky books that have been coming out, it’s clear that Kyle Hotz has been taking the Swamp Thing flag and running with it. Earlier this month, Hotz teamed up with Tim Seeley to deliver “The Spread”, a terrifying short story within Cursed Comics Cavalcade #1. In this issue of the second volume of Spook House, Eric Powell & Kyle Hotz pay homage to Len Wein & Bernie Wrightson in the form of “The Crud Kid”! 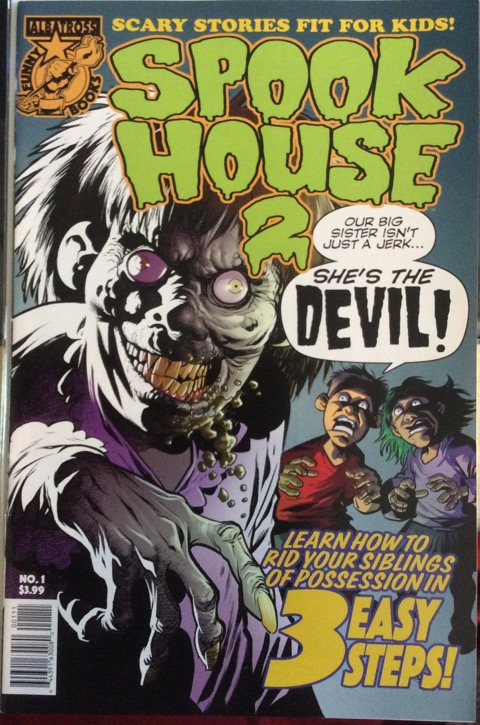 “The Crud Kid” is a short story exploring the origins of a Swamp Thing parody character. Tom always daydreams of his favorite place in the world and every second of the day, he wants to return to the swamp. 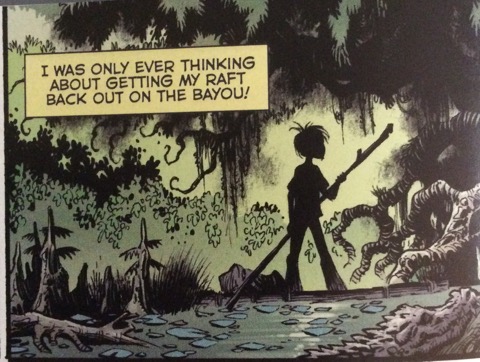 Through a series of unfortunate events, Tom finds himself running through the swamp to save his hide. He comes upon an old cabin inhabited by a witch. Trying to find safety, Tom breaks through the witches door. The witch puts a curse on him.

a muck encrusted mockery of a… child.
But unlike Alec, Tom couldn’t be happier.
I’d like to think he lives happily ever after. 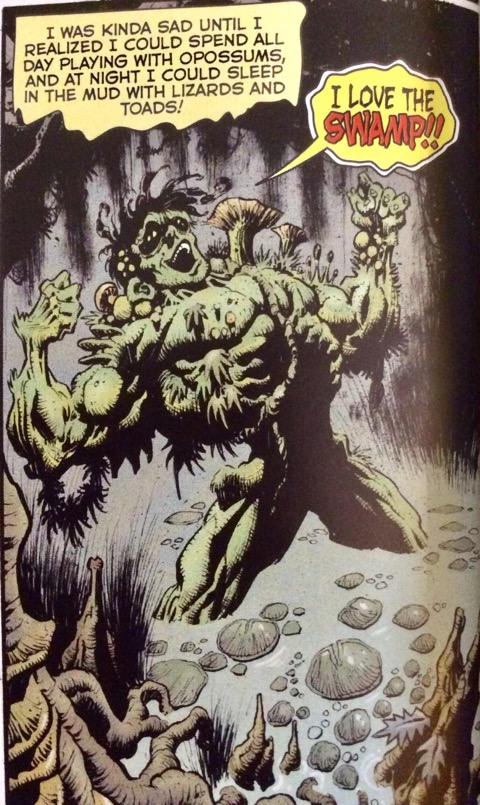