I was really hoping to come up with a fun title for this post, riffing on Dylan’s song, “Spanish Boots of Leather” but that took too long and now it’s not funny, but… check out this sweet Spanish bootleg Swamp Thing figure. The Silver Surfer looking Monstruo was produced by Comansi/Yolanda Toys. I was excited to find the figure along with its packaging and product card. 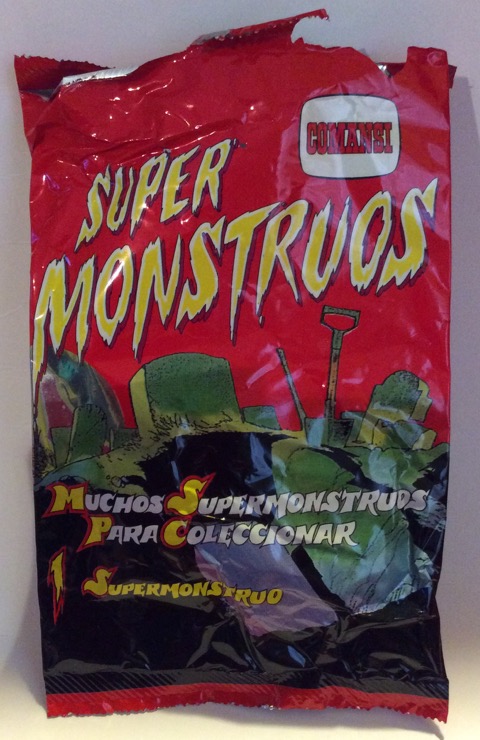 The figure looks quite similar to one of Bernie Wrightson’s more obscure renderings of Swamp Thing. 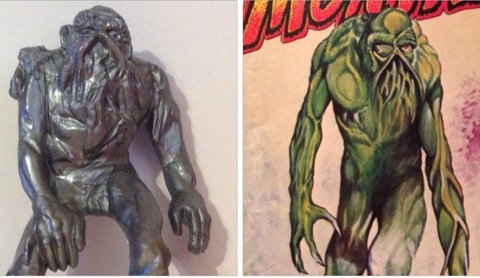 The illustration on the right was published on the cover of Australian edition, Swamp Monster #2 in 1981. It’s interesting to see similarities between the two. 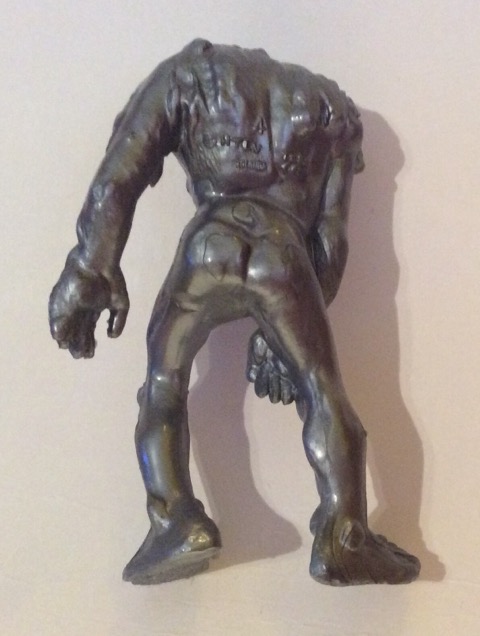 Each Super Monstruos figure comes with a product card, below.
It appears the toy line consisted of 24 characters, most based on famous Hollywood/pop culture monsters.

El Monstruo del Pantano
The Swamp Monster
My rough translation: “Sewage Disposal. Martyred because of several physical coincidences, he is forced to live among filth.”