Swamp Thing Battle for the Bayou Board Game – 1991

Last weekend I had company over and decided to unleash the Swamp Thing board game. It’s always a blast to play and easy to learn. Along with a slew of Swampy merchandise, the game was released in conjunction with the short-lived Swamp Thing animated series in 1991 by Rose Art. Gameplay is easy enough, allowing two to four players, ages seven and up. 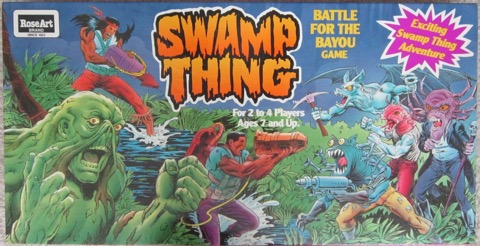 Players take turns advancing their game pieces, utilizing “Swamp Thing” and “Hero Card” cards as they make their way toward the evil Anton Arcane. The first player to reach Arcane, and defeat him, wins!

There are various pitfalls and obstacles throughout the board. Arcnae’s Un-Men are dead set on stopping you and your opponents from defeating Arcane. It’s a simple and fun game Swampy fans are sure to enjoy. 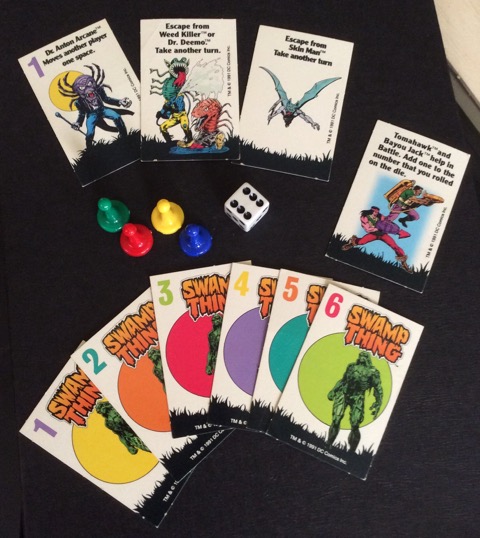