Eclipse Comics takes a poke at DC/Vertigo’s poor sales and struggles with readership in this one-off spoof comic. The comic features a parody of Swamp Thing (Swamp Thug), John Constantine (Hellrazor), The Doom Patrol, Shade the Ch… you catch my drift. 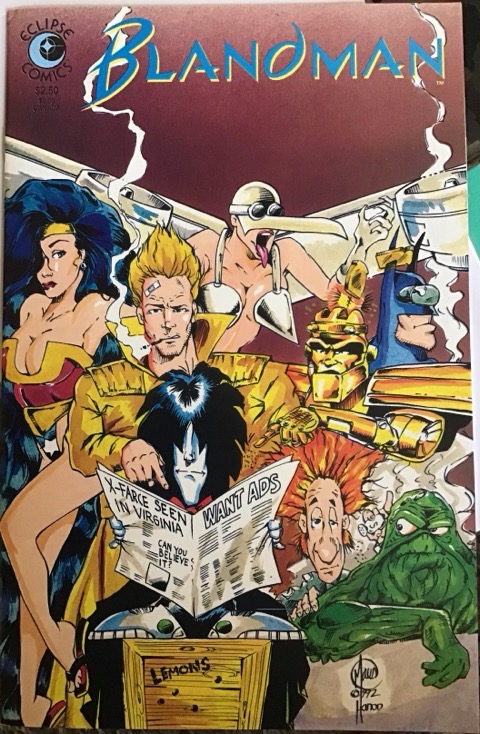 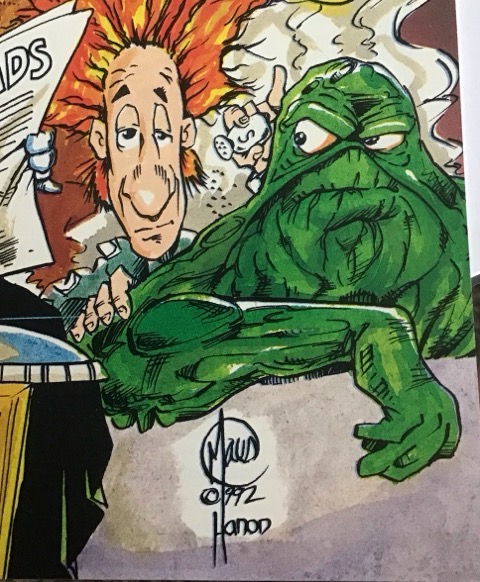 The books creators, Fred Schiller, Bill Maus and Bob Hanon depict The Vertigo cast setting out to increase their sales. Dicey Comics (DC Comics) put the imprints characters in a home and they are ready to get out.

Swampy and Constantine share a beer while reminiscing about their salad days. Even Abbygull Arcada and Alex Hollandaise make an appearance. Swampy references Melon Smore’s (Alan Moore) epic run and how his career dipped considerably once he departed as writer from the title.

While Constantine attempts to rope Swampy into one of his plans, Swamp Thing is seen with Woodstock from Peanuts. That is one of the stranger pairings I’ve seen Swampy in in some time.

Enjoying the last laugh, Swamp Thing lets John know he was on a fools errand. 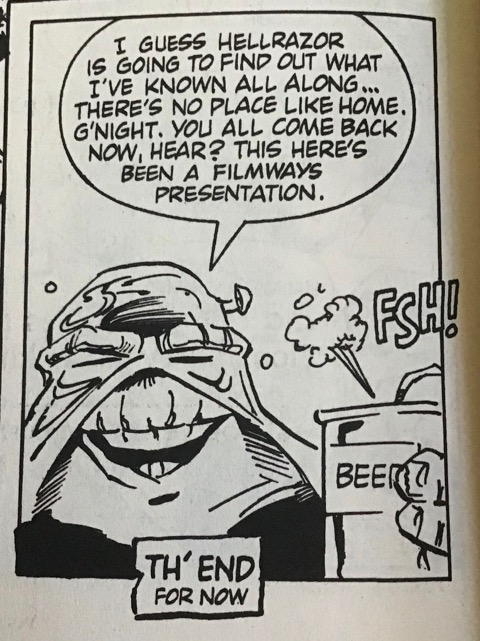