Traveling back to 1973, this issue of Comixscene is full of John Carter, comics news, snark, strong opinions and a couple fun Swamp Thing mentions.

Around this time (September-October of 1973), Swamp Thing was appearing in his first cameo in the form of a carnival statue in, Superboy #198 “The Fatal Five Who Twisted Time”. Within the Swamp Thing series, issue #6 “A Clockwork Horror” was being released. The Comixscene Editorial section was abuzz in response to Joe Brancatelli’s column, “Ten Most Powerful Men in Comics” from Inside Comix #1. Jim Steranko invited Marvel Editor (at the time), Roy Thomas to respond to the column. Below are some of his fun, painfully honest and cringe worthy answers.

Thomas continues, pointing out Brancatelli’s errors and inaccuracies, but not without being a little self deprecating. 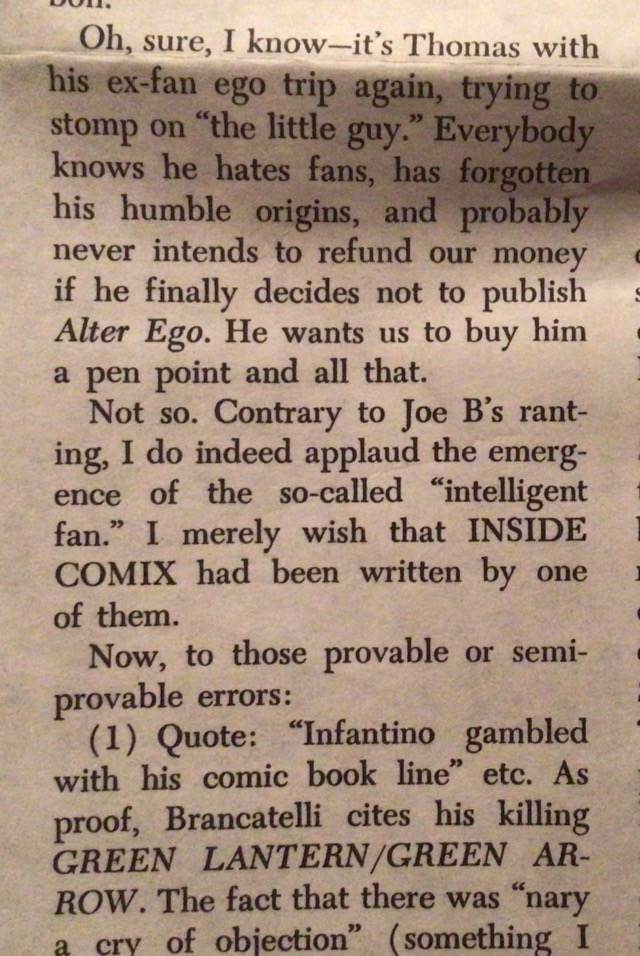 Below, Thomas mentions the Man-Thing & Swamp Thing origin similarities. His compliment to Berni and Len almost gets lost as he continues to eviscerate Brancatelli’s presumptuous and inaccurate column.

Below, Thomas finalizes his response and sticks the landing by quoting Amazing Fantasy #15. I’m not sure what he wrote could be described as cordial though.

The second and final Swamp Thing mention in this newspaper style comics magazine comes by way of the National News section. Berni & Len’s “unabated” success is mentioned but not without a snarky remark regarding Len’s busy panels. 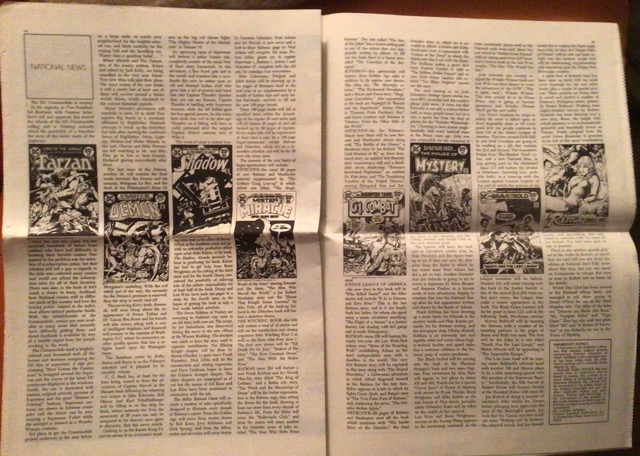 This issue of Comixscene is filled with a lot more comics news but that’s it for Swamp Thing references. Until next time, thanks for reading. -John