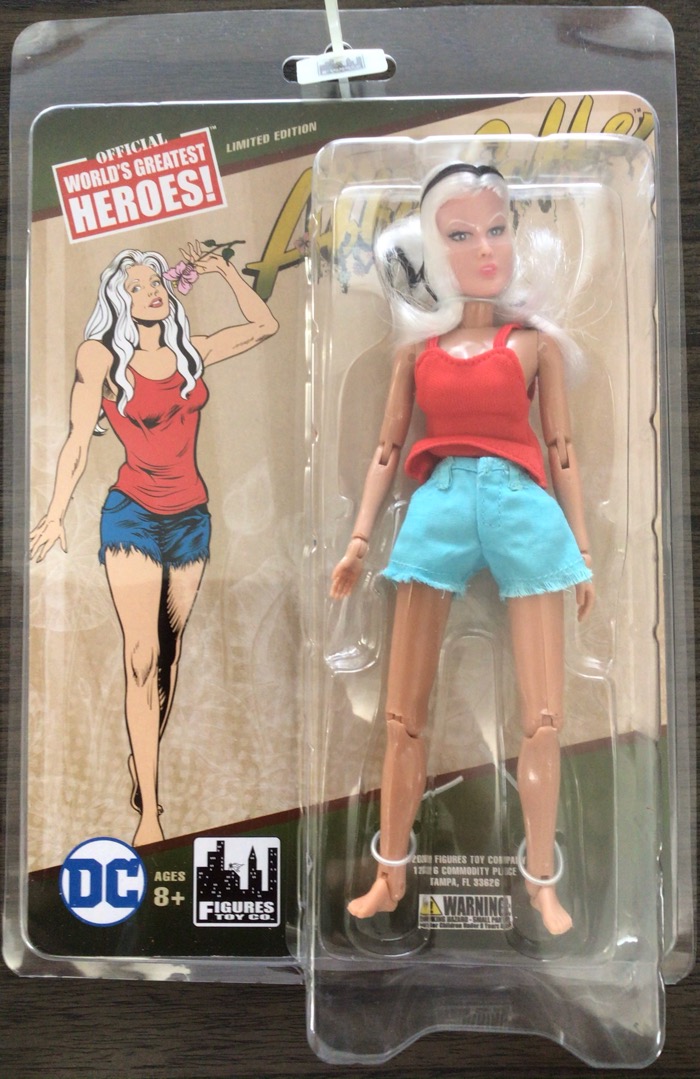 Abby is one of my favorite characters within Swamp Thing canon. She is the backbone of the title character, and the glue that binds numerous story arcs throughout Swamp Thing’s history. Amongst other things, Abby anchored Swamp Thing when his humanity and spirit were adrift. She suffered through-what seemed like-endless struggles, trauma and loss since she appeared in Swamp Thing #3 (1973). Abby is a reminder (to me) of how humanity can suffer and endure, living within the world of monsters. There are so many reasons to love the character. I’m really psyched to add this Abby figure to my collection.

And, of course Swamp Thing made his way onto the packaging! The artwork on the packaging is great, and economical. Figures Toy Co used the same artwork that was used on their Swamp Thing figure, but they reconfigured it a bit. On this packaging Abby takes center stage while Swampy makes for great wallpaper.

Back of packaging detail: I don’t understand the hyphenated name below. Abby didn’t keep the Arcane name after marrying Cable.

Now that Abby finally has a figure, it’d be so cool to see a Floronic Man and Chester Williams in Mego style. It would be a dream come true to have a two in one figure set of Rose & Thorn, one of my other favorite DC characters.