V2K Preview (February 2000)
This 8-page comic shop giveaway helps highlight my Swamp Thing obsession. It’s nothing to write home about (as I write this to you) and I can’t imagine it’s highly sought after. But, I’ve been on the lookout for about 8 years and finally found a copy. The piece promotes DC’s V2K (Vertigo 2000) branded collection of 3 limited series and 2 one shots. “Totems” featuring Swamp Thing is one of those one shots within the ad.

The cover kind of pushes your head in, being backward. The only thing that isn’t backward is the product code in the bottom left corner, promo8190. Swamp Thing is featured in the top left corner. His image is from the cover of “Totems.” I’ve not written about the book on the site yet but I’ll get around to it eventually.

Interior Cover: “In stores the last week of the Millennium.” The world didn’t end when the ball dropped for 2020, but at the time many people were concerned. I recall News outlets hyping the Y2K fallouts and how the world could change over night. 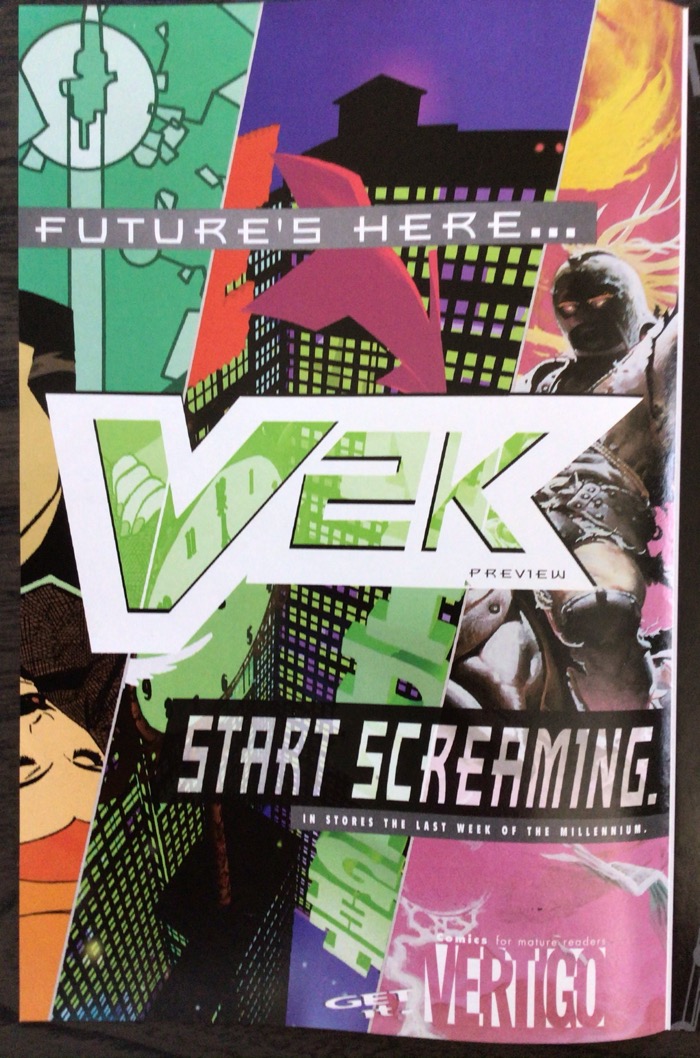 The interior introduces V2K along with a series of covers from the V2K line of books. 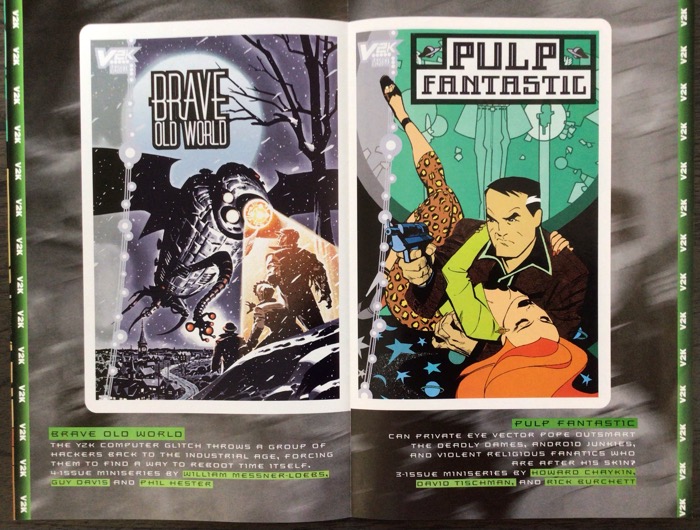 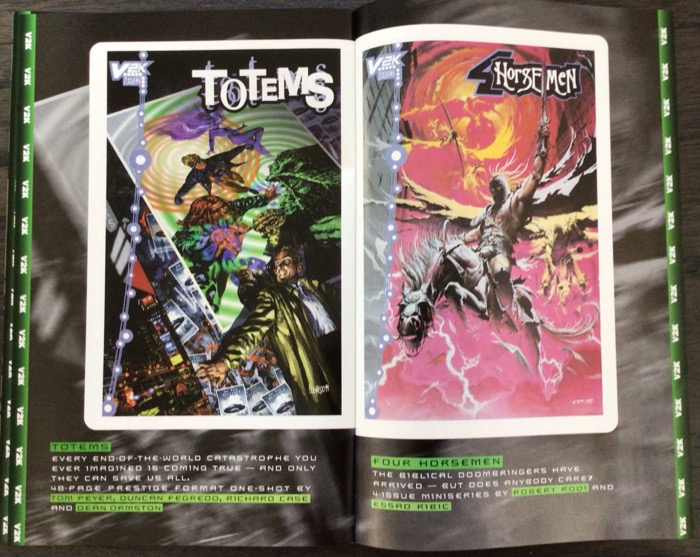 In the “Totems” one shot, John Constantine holds a New Years party and all hell breaks loose at the stroke of midnight. It’s entertaining enough but not a book I return to read often.

The promo concludes with the preview for Kyle Baker’s one shot, “I Die at Midnight”, on the back cover.