Robert from Comics on the Edge & Grail Keepers podcast sent me my first Mark Jewelers Swamp Thing books. He also included some sweet stickers! I’m extremely humbled by his generosity and appreciate him introducing me to Swampy MJ books.

I’ve never approached collecting Mark Jewelers Swampy books due to them being more difficult to find, typically higher in price and… I just never thought to circle back and look for them. Well, thanks to Robert’s inspiration I hopped online after receiving these 2 books from him and bought a few more. I don’t think I’ll try to find them all but if reasonably priced Mark Jewelers Swampy books cross my path I look forward to picking them up.

For those unfamiliar with Mark Jewelers variants, In the mid ‘70s DC & Marvel comics included a 4 page insert in a number of their books. It’s believed that the MJ variants with the advertisement insert were distributed near U.S. military bases, at home and abroad. Mark Jewelers inserts were intended for servicemen, with the hopes that they’d purchase jewelry and engagement rings. The number of standard comics to the number of Mark Jewelers variants is currently unknown, but it appears that the variants were produced in smaller quantities.

in chronological order, the first Swampy book from Robert is, Saga of the Swamp Thing #25 (1984). I’ve provided interior photos of the Mark Jewelers ads. 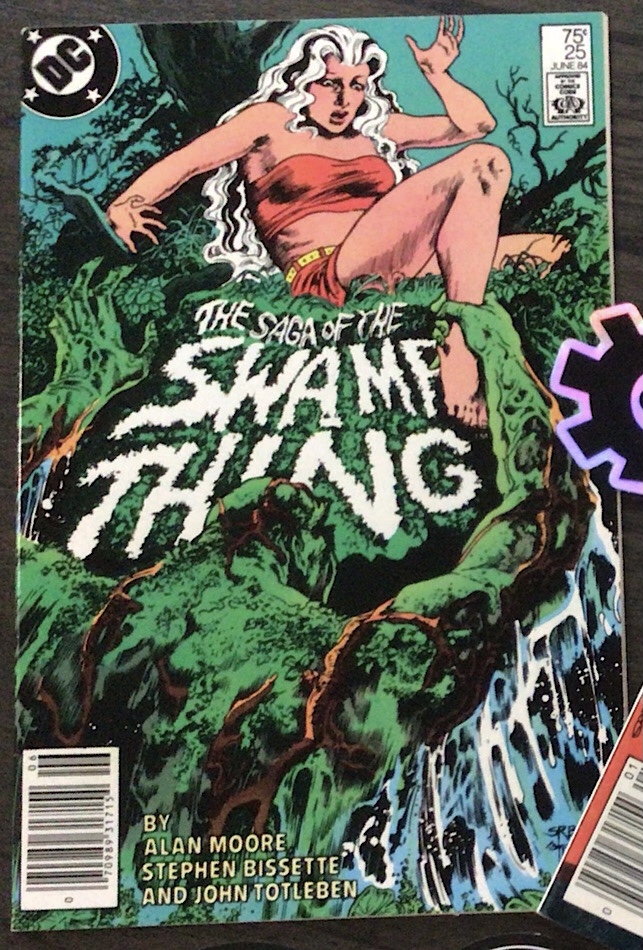 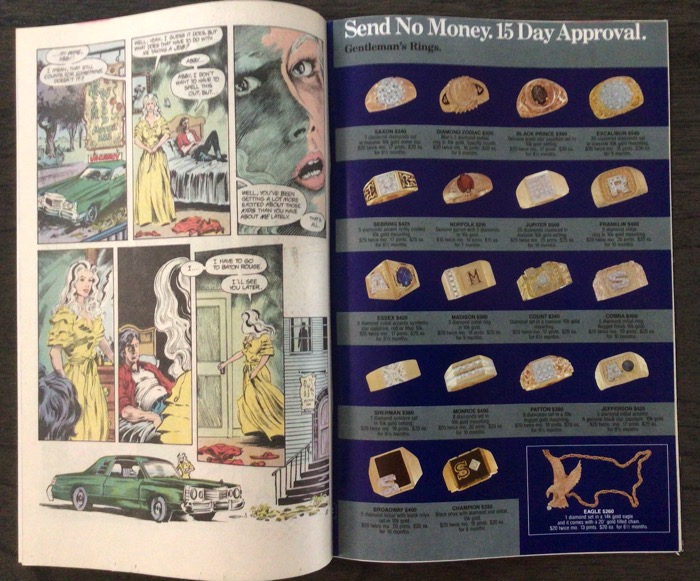 The second book Robert sent my way is, Saga of the Swamp Thing #44. Similar MJ spreads are featured in this book which was released 2 years later, in 1986. Many of the same ring/jewelry styles remain in this ad. 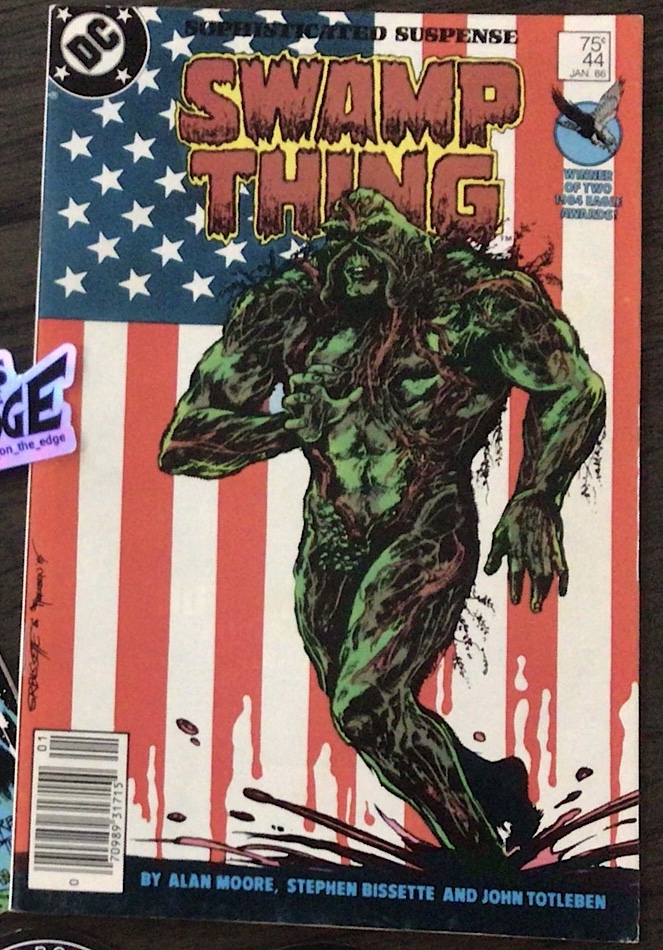 And now for the stickers! Robert included his brand sticker, Comics on the Edge along with 3 cool Comic Book Fiend Club stickers. The club is a comic book social club aimed at bringing true comic collectors together. Check out Robert’s passion for comics on his Instagram page and his YouTube channel. You can also catch him on the Grail Keepers podcast.