This Mark Waid, Alex Ross team-up is a must read (in my opinion) for the visuals alone. Alex Ross’ paintings provide so much eye candy and fun takes on classic DC characters. The nightclub scene below features a bunch of cameos. The Shadow and Sherlock Holmes even made it into the mix. They happen to be standing behind Swamp Thing. 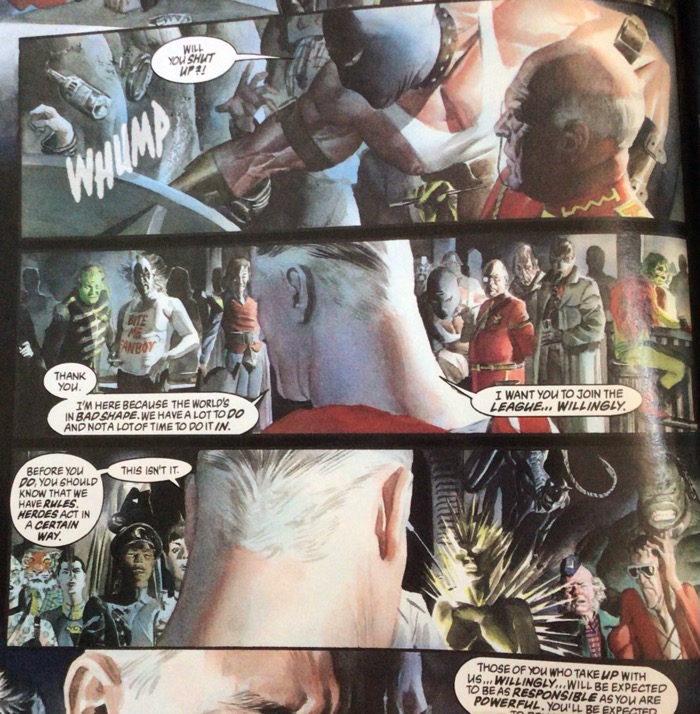 You may need to get your glasses, perhaps a magnifying glass. 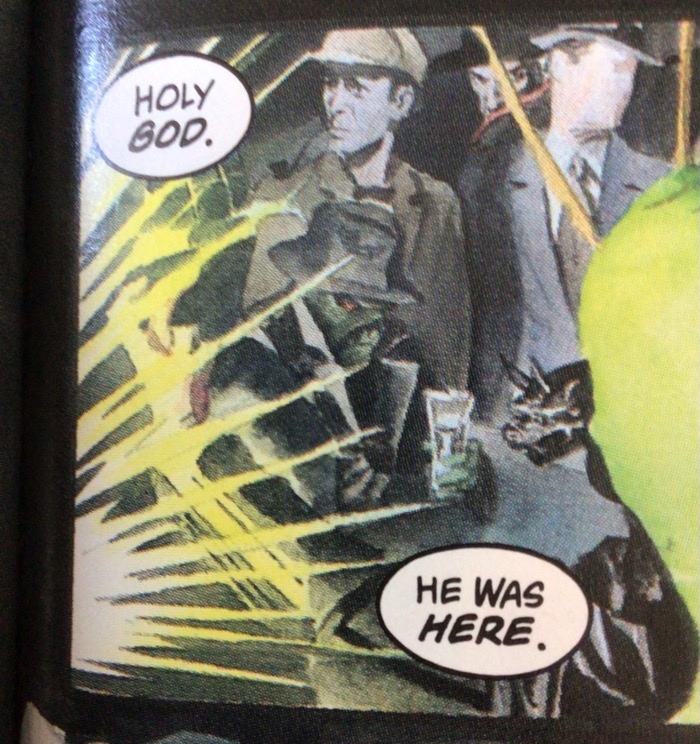 Halfway through the book, Superman arrives at a nightclub to recruit superhumans to fight in a super cool battle, for truth & justice (…really, he threatens them but read the book, it’s good stuff). Swamp Thing is incognito, sporting the same outfit he first wore in Swamp Thing #5, The Last of the Ravenwind Witches (1973).

Swamp Thing prefers a trench coat and fedora while on the run, and while out having a beverage. Ross’ illustration is an homage to Swampy in Swamp Thing #7, page 9, below. Cheers!