Swamp Thing is 50 this year. House of Secrets 92 was in stores in/around April of 1971. July is on the cover. Whether you celebrated this month or wait until July, it’s fun to recognize the greatest swamp monster in comics. I’ve been thinking quite a bit  about how to celebrate. Not like me sitting across from a Swampy Statue, similar to the end of 16 candles, but with fellow Swamp Thing fans. Something interactive would be fun. Well, I’m hatching a plan and will have more info soon. Here’s a teaser image I’ve shared on social media 1, 2. 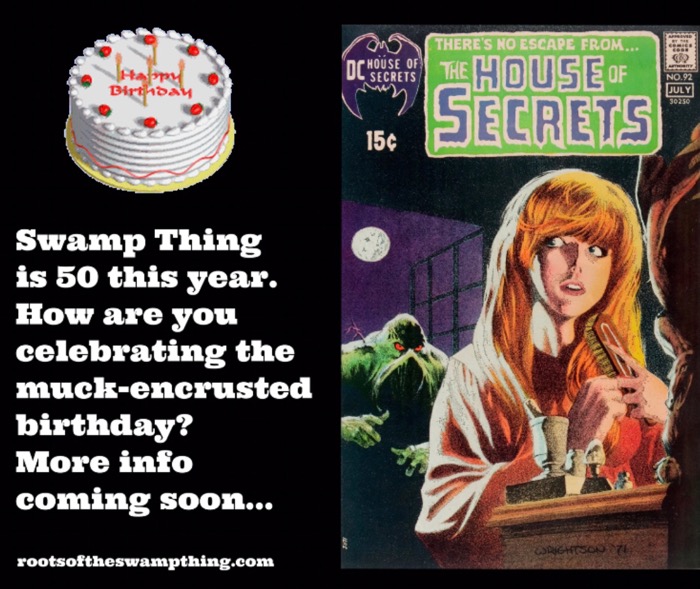 Speaking of celebrating (and obscure appearances), if a Christmas tree shows up in a comic book, Swamp Thing is a terrific candidate to play the role. He does just that in, Guy Gardner: Warrior #39 “Merriment, Mistletoe, and… Mayhem” (Volume 1) February 1996 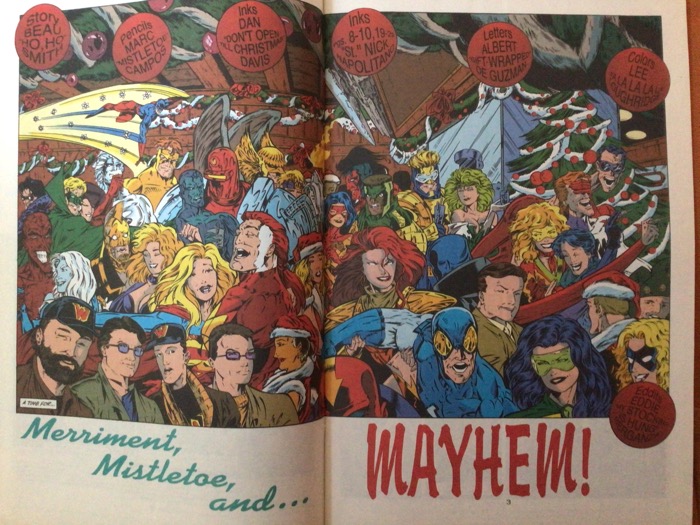 Guy Gardner is hosting a Christmas Party and many DC Comics heroes are in attendance. Guy has the blues and is slow in joining the party, but Swamp Thing jumped right in. Zatanna, Atom and Deadman help in getting Swamp Thing looking like the glorious Christmas tree he deserves to be.

Below is page 11, which features Swamp Thing. Guy finally came downstairs to join the party. Clark Kent can be seen in the bottom right corner of the page.

Regarding Swamp Thing continuity, the cameo is meant only to serve this holiday themed issue. It does not continue the narrative from Swamp Thing issues #163 & 164. Guy Gardner: Warrior #39 Was released the same month as Swamp Thing 163. Around this time in his ongoing title (January 1996), Swamp Thing is being written by Mark Millar and drawn by Phil Hester. His storyline at the time focuses on Swampy dipping his toes in the waters of the Parliament of Waves.