This issue of Gail Simone’s Wonder Woman features a special and very small Swamp Thing reference. It’s the culmination of a passé pop culture reference & our favorite muck-encrusted mockery of a man. 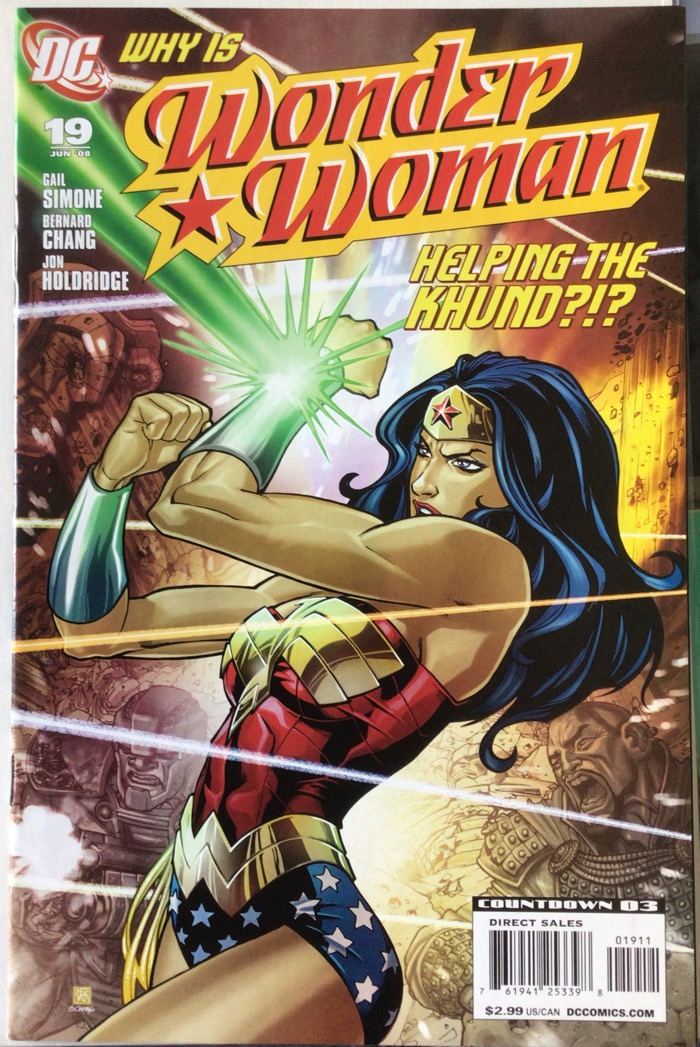 How did a Swamp Thing/Frankie Goes to Hollywood t-shirt make its way to the planet Khundia? The book takes place on Khundia and the majority of it centers around Wonder Woman fighting the Green Lantern, Procanon Kaa. Amidst the fighting and chaos, Wonder Woman’s new friend, Kho Kharhi shows up in the super cool t-shirt!

Khundia doesn’t have a lot going for it. It’s a dark world, forever eclipsed by its own moon. It’s massively overpopulated and militant, but at least the inhabitants understand the power of a fun t-shirt and fandom. They also enjoy their MTV (see Wonder Woman #18 – May 2008).

Above is the famous Frankie Goes to Hollywood’s, “Relax” t-shirt from the 80s. The fad and song might have been as popular on this planet. Swamp Thing must be popular/famous there as well to be featured on the shirt. An explanation is never given for the shirt but Swampy & Frankie have a big enough fan base to warrant shirts being made. Or, perhaps Kho Kharhi took a trip to Earth. Kho can be seen wearing it a few times throughout the book.

By the end of the comic, Kho has made another costume change. Now she’s a lantern! it’s too bad she wasn’t able to display her love for Swamp Thing (and Frankie) on her Green Lantern uniform.