This issue of Lucifer features the Guardian of the Green. He’s little, with plenty of fight in him and looks a lot like Swamp Thing.

The book primarily focuses on Elaine Belloc (daughter of Michael Demiurgos, and the successor to Heaven’s throne) and Mazikeen (demon and the companion to Lucifer Morningstar) finalizing their campaign to evict all immortals from Lucifer’s Cosmos. “We were told to weed out those who do not die.” Lucifer made it law that all immortals must be evicted or they would be killed.

While venturing though Lucifer’s Cosmos, Elaine and Mazikeen meet up with their “team.” Mazikeen senses that the forest is attacking them and takes action. Elaine merges with the Green to investigate why the forest is attacking. It turns out, The Green’s Guardian is one of the last two immortals that must be expelled or killed. 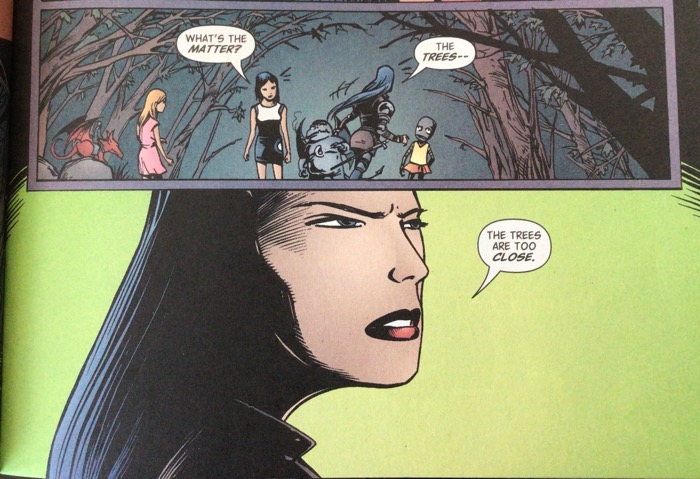 Elaine realizes that she is encountering one of the last immortals in Lucifer’s Cosmos. She refers to the little green guy as, “The Guardian of the Green.” The plant elemental, although not called Swamp Thing, looks a lot like him. I don’t think this counts as a true Swamp Thing appearance but the similarities warrant it being listed in my appearance list. I like to think of the Swampy lookalike as an extension of Swamp Thing. 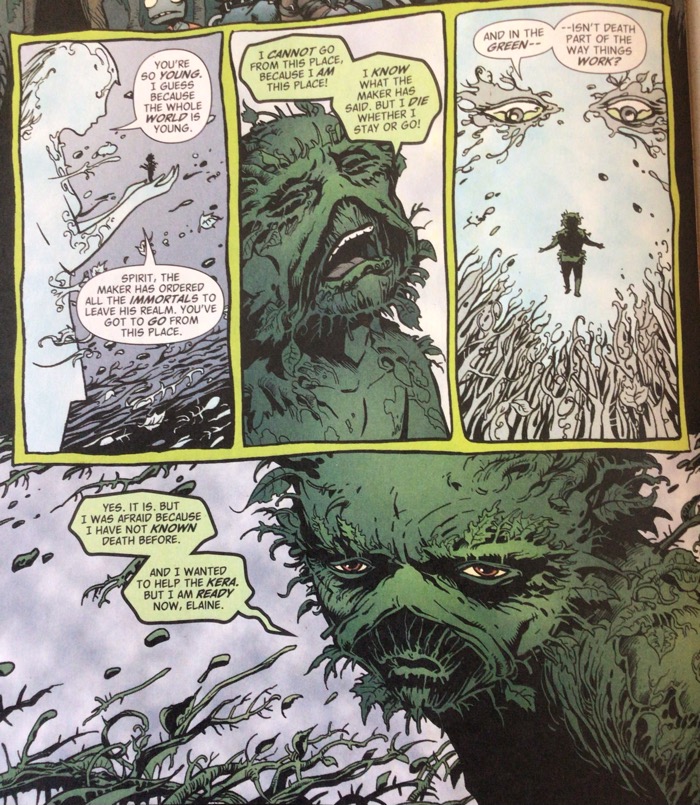 The little swamp thing succumbs and dies. It’s kind of a sad moment.