I held off on reading this new Swamp Thing series because I wanted to enjoy reading the first four issues in one sitting. I also expected the first few books to be light in content, stringing me along with one vague cliffhanger after another. I was absolutely wrong in having that opinion/preconception. I loved the first book so much that I paused reading so that I could jot down some initial thoughts regarding how great it is. Mike Perkins illustrates an amazing world for Swamp Thing.

Ram V’s writing feels much smarter and smoother than most stories being written today. I’m really enjoying his pacing. His story telling isn’t heavy with exposition. He drops you into an intense, mysterious scenario that you unravel along with the characters, Swamp Thing/Levi Kamei. Perhaps it’s how the characters are written, or Ram V’s timing, but the story feels like a classic episode of the Twilight Zone. I was effortlessly drawn into this new Swamp Thing world.

Ram V does a fantastic job of introducing various plot threads. Whether through dreams, flashbacks or while Swampy spontaneously regenerates, Ram V keeps the story moving by presenting multiple vignettes. This style of storytelling makes the reader feel as if they are getting a rich, multifaceted story within each single issue. Rich storytelling is why I enjoy the Alan Moore series so much. It feels like you’re getting more per issue, like Mike Perkins and Ram V’s series. 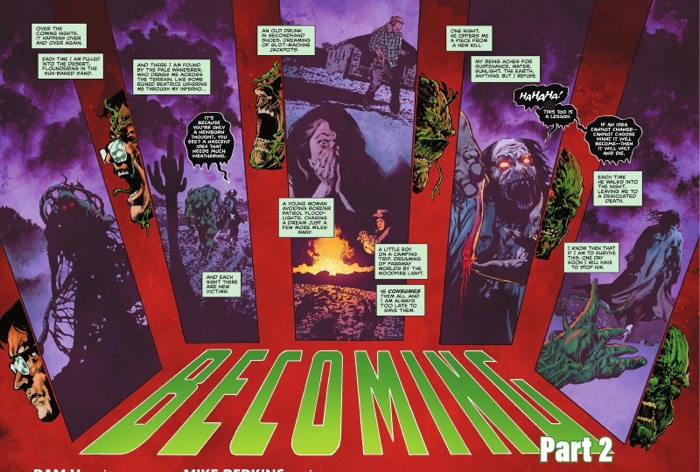 In the first few issues, past Swamp Thing themes are explored. The classic tropes involving retribution, redemption, reconciliation, personal exploration, zombies, and ushering in a new plant elemental are well represented. Much like Alec Holland and Swamp Thing, Levi Kamei must come to terms with his identity.

Like Swampy creative teams in the past, Mike Perkins & Ram V indulge in the psychedelic experience that sometimes comes with being in the Green. For Swampy fans it’s a familiar and fun experience, seeing different interpretations on what it is like to be inside the Green. Perkins & Ram V do a great job of exploring the characters, most of which are my favorites of all time (Swampy, Ivy, Floronic Man). He establishes a Green world where Poison Ivy has split identities and rules her domain as Queen. Jason Woodrue is depicted roaming free within the Green as well. The scene feels a bit like an Alice in Wonderland/OZ type of world. Characters seamlessly enter the narrative to move the story along. The panels below may look familiar to you. Mike Perkins reimagines classic Swamp Thing panels during flashback sequences.

I love the nostalgia that Perkins & Ram V provide. Numerous panels and character appearances provide a trip down memory lane in issue #4. Swamp Thing’s past appears as memories throughout the books. Some of the characters we’ve not seen since the 80s. A few to look for within issue 4 are, Chester Williams, NukeFace, Patchwork Man (Gregori Arcane), Linda Ridge, Abby eating a tuber and Avery Sunderland. 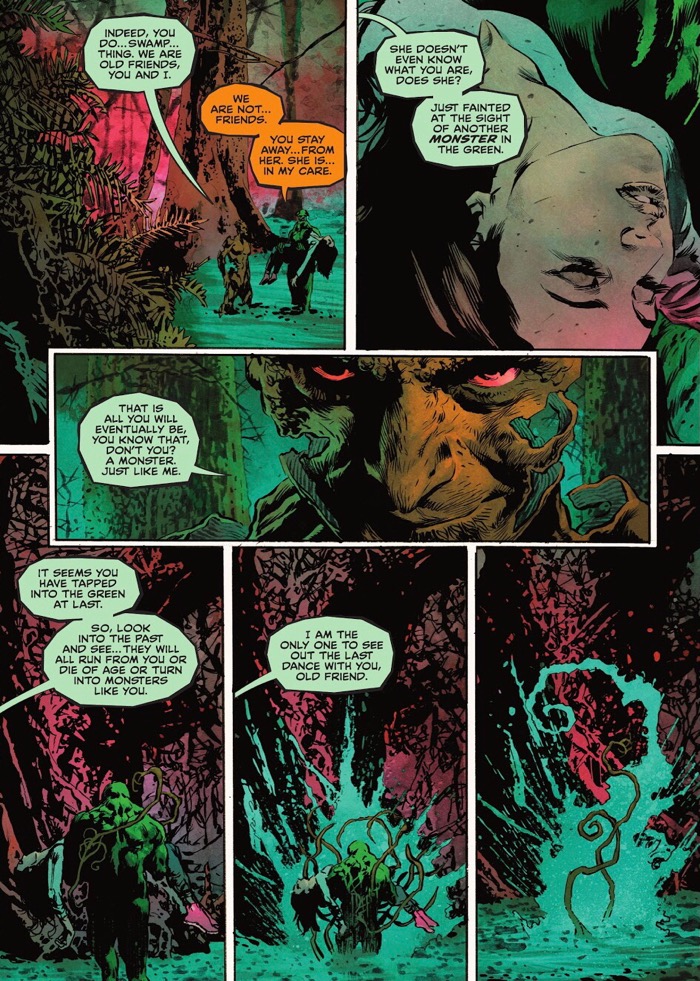 Issue 4 is very strong in that it throws down the gauntlet, creating purpose for the new Swamp Thing. Levi is tasked with getting the Green back on course. Ram V makes the passing of the torch so exciting as well as emotional. 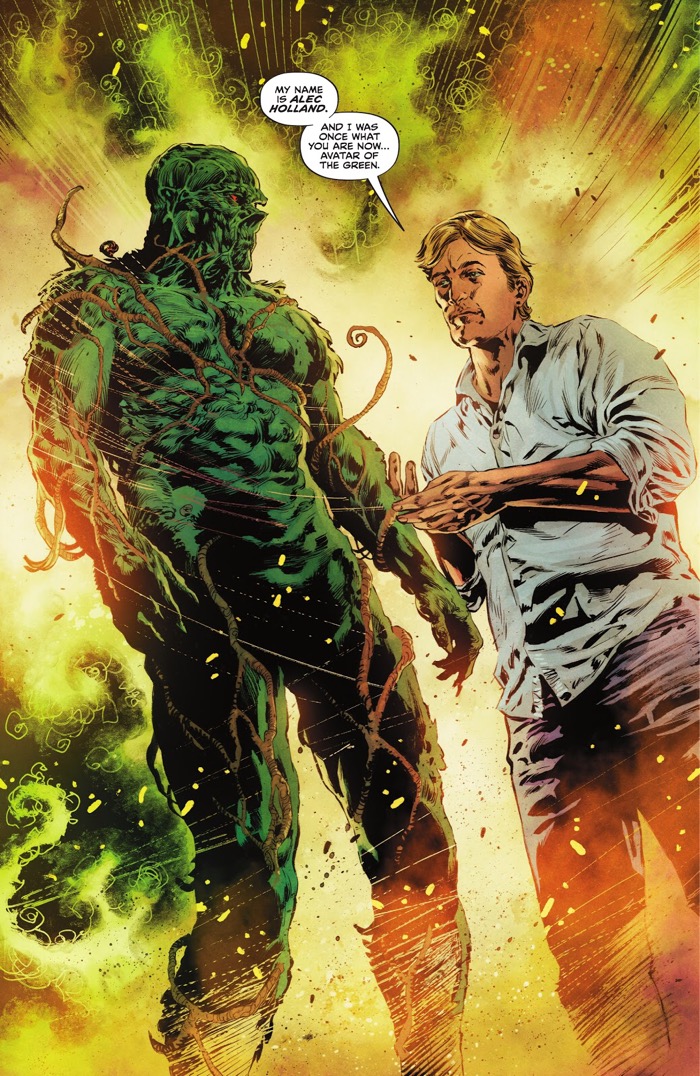 Alec Holland appears as a memory within the Green, providing guidance. You probably recall Alec giving Swamp Thing guidance, back in 1987, within Swamp Thing Annual #2. Levi becoming the new Swamp Thing gave me chills. I wanted to standup and applaud these first four issues as I was reading them.

These 4 issues of The Swamp Thing, along with Phil Hester’s Swamp Thing series (walmart) from last year, have reinvigorated my passion for the Swamp Thing comics. Even though Swampy has shown up in numerous books in recent years, most of his appearances don’t wow me. Mike Perkins and Ram V are injecting wonderful, new life into the character and I’m thrilled to see what they do next. 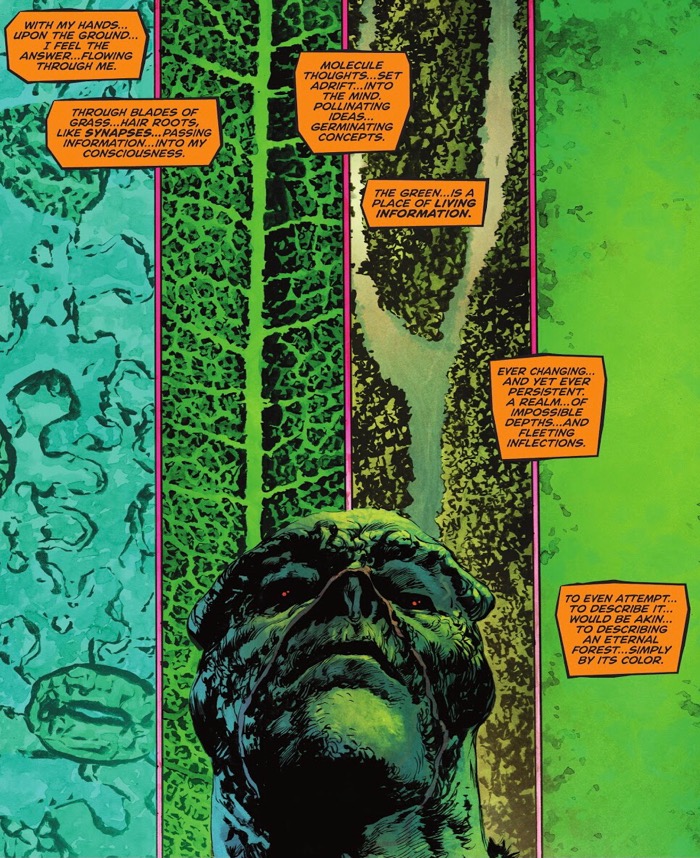 Below is a cover gallery of issues 1-4. I’ve paired the covers with their variant. 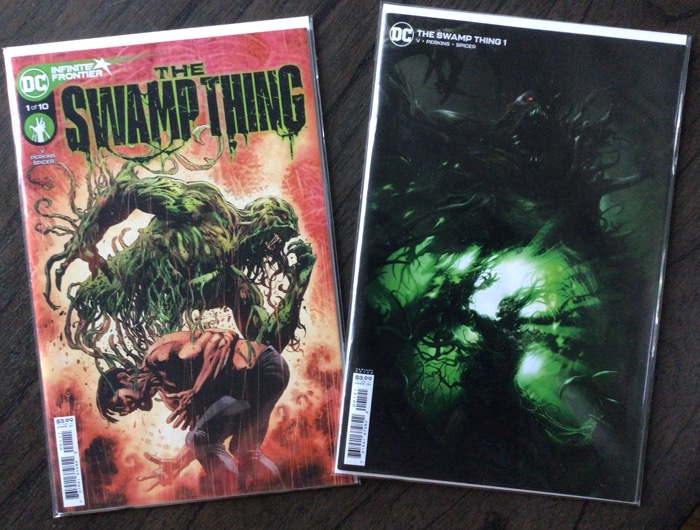 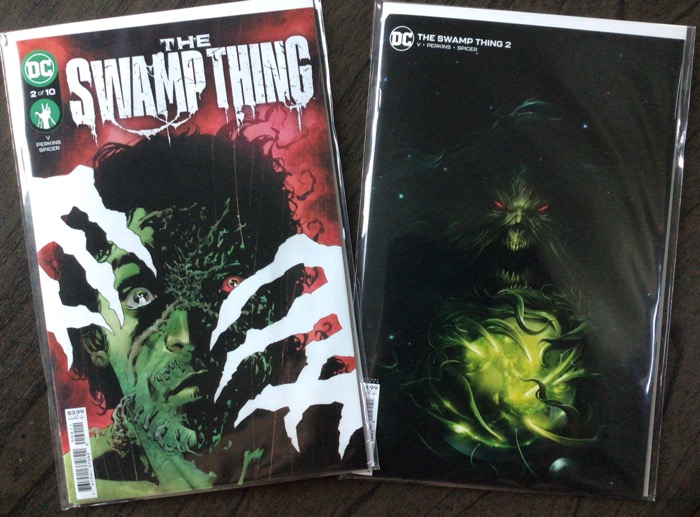 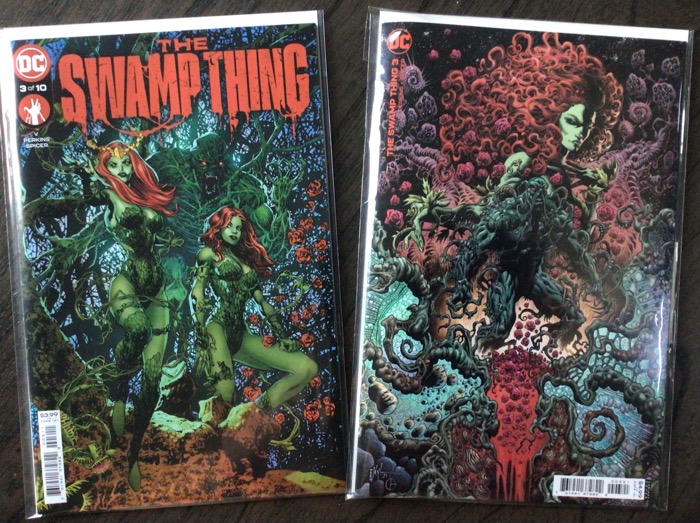 One thought on “The Swamp Thing 1-4 Review”