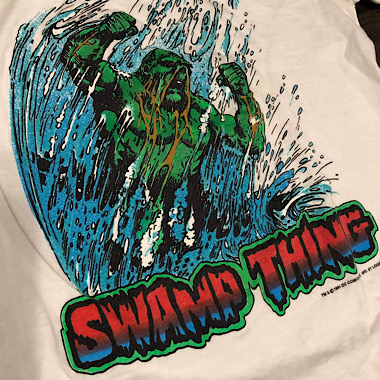 This great Swamp Thing shirt was released in 1991. Like all of the Swampy apparel released at that time, this shirt was marketed alongside the short lived Swamp Thing animated series. The size of the shirt is a kids medium (10-12). The artwork also appeared on the Swamp Thing pajama set, from‘91.