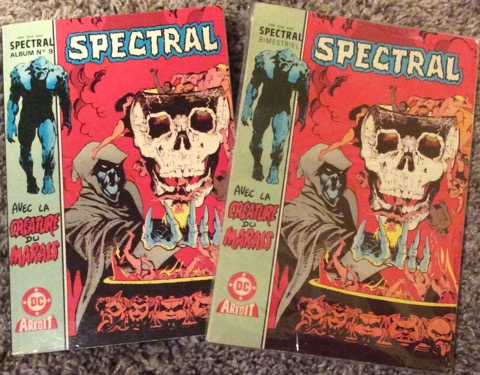 These two French pocketbooks look similar but are indeed different. The Spectral Album on the left is twice the size of the Spectral Bimestriel (bimonthly) on the right. Both books contain many of the same collected horror stories, along with Swamp Thing #33, “Abandoned Houses”, but the larger Album houses the Swamp Thing Annual #2. Let’s jump in… 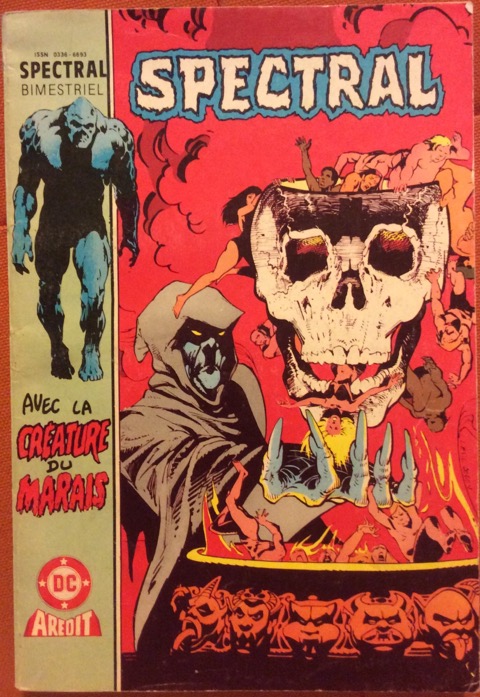 This 80-page, French pocketbook edition was produced by French publisher Aredit (formerly Artima) in conjunction with Eclipse Comics. The book reprints Swamp Thing #33 “Abandoned Houses” along with other mystical, horror stories. To read details about “Abandoned Houses”, see my previous post of the original issue. 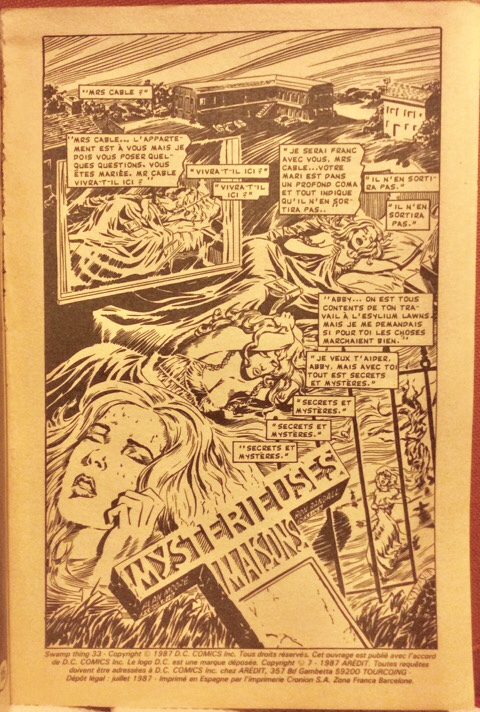 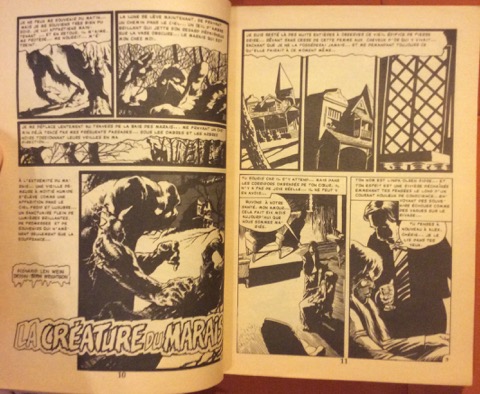 Other stories within the book include, “Zatanna the Magician” from Adventure Comics #413 (December, 1971) by Swamp Thing co-creator Len Wein. Gray Morrow takes care of visuals. 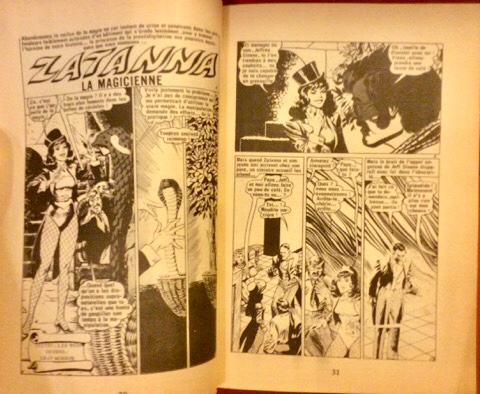 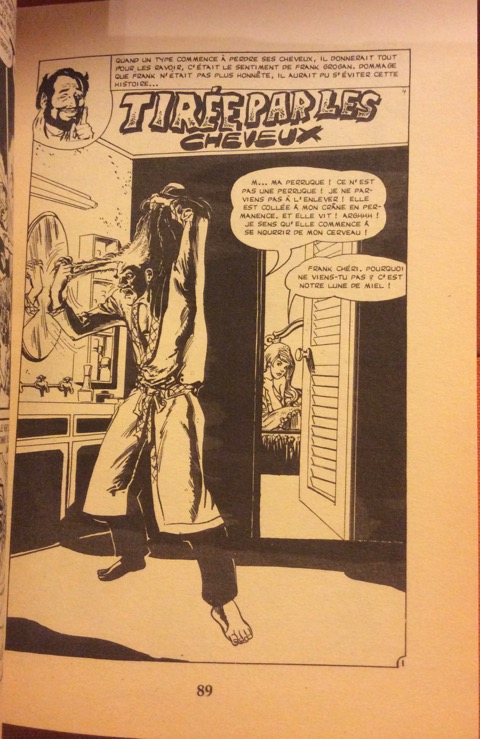 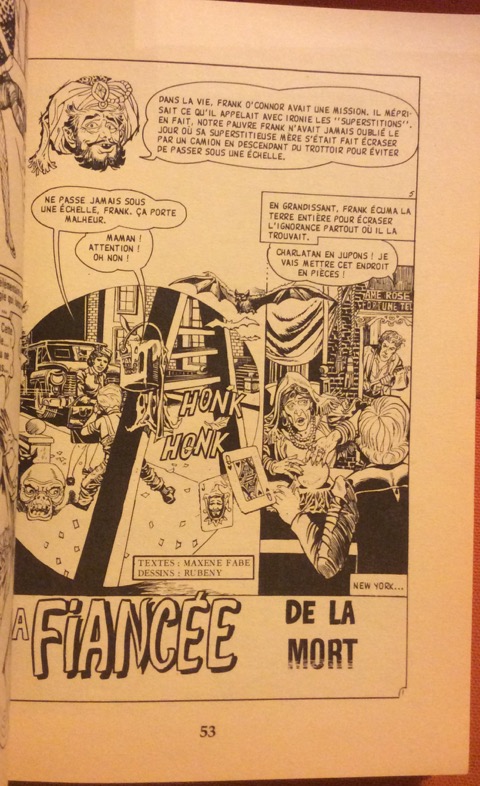 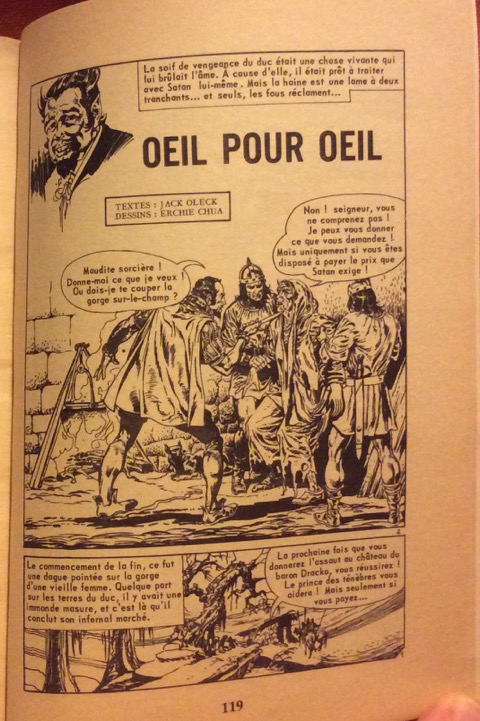 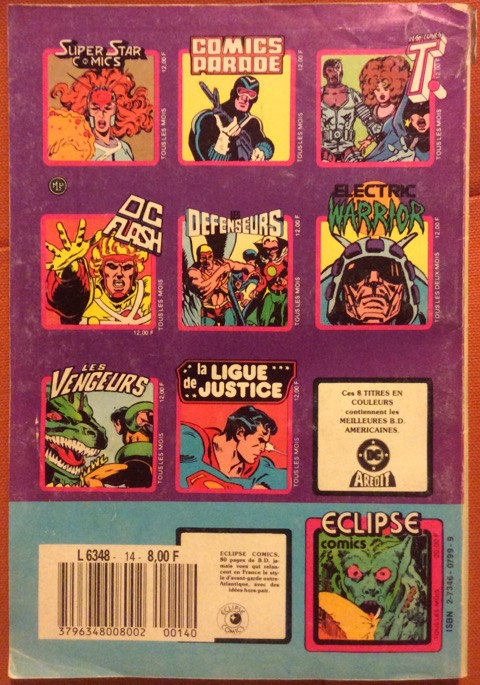 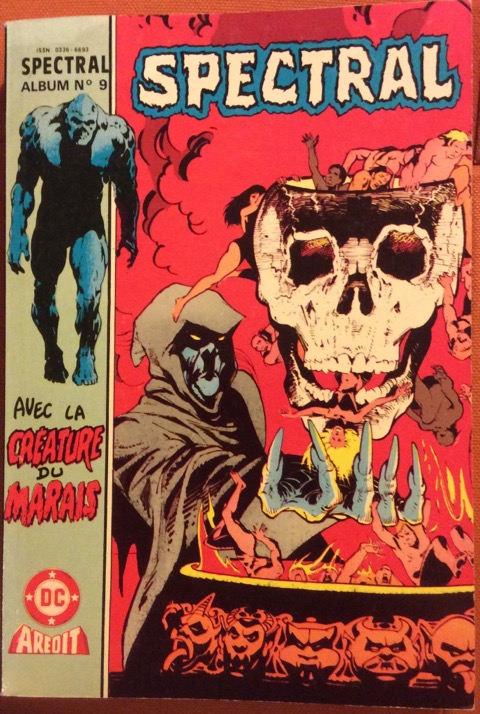 The 132 page edition opens up to a thinner, glossy interior/secondary cover depicting a re-worked Swamp Thing Annual #2 “Down Amongst the Dead Men”, where the book kicks off. 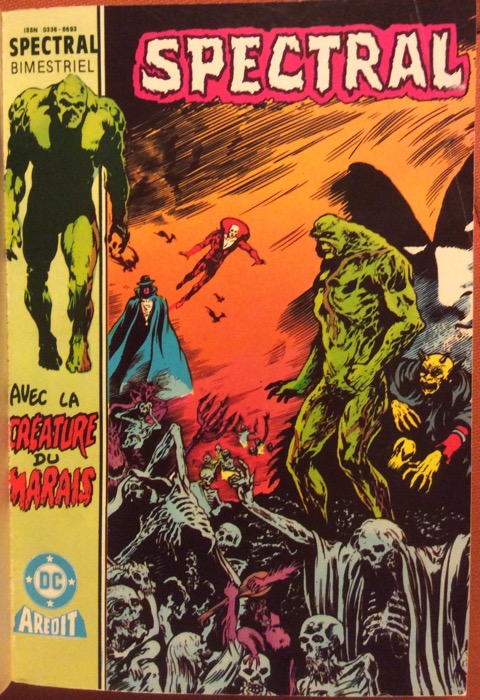 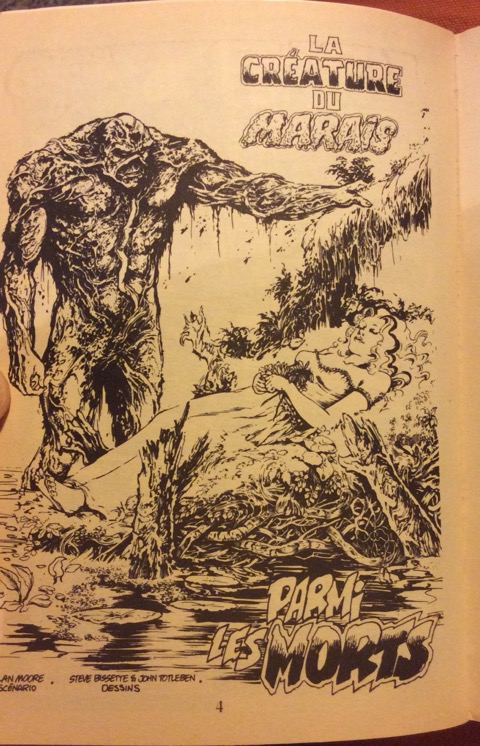 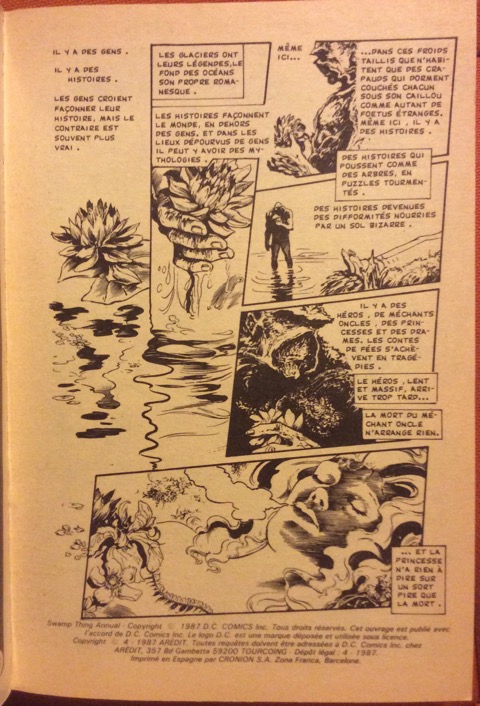 Like the previous book, Spectral Bimonthly, this French pocketbook takes a break from the Swamp Thing storyline to reprint old horror stories that were originally featured within various DC  horror books. I’ve included some of the covers and title pages. 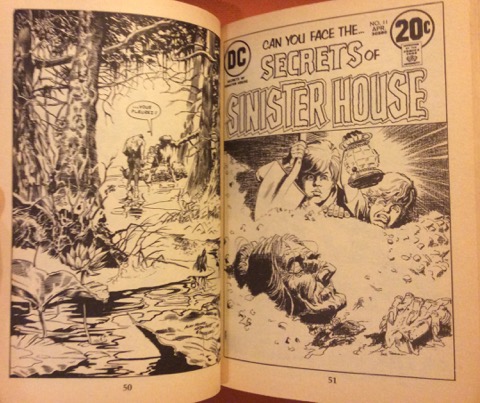 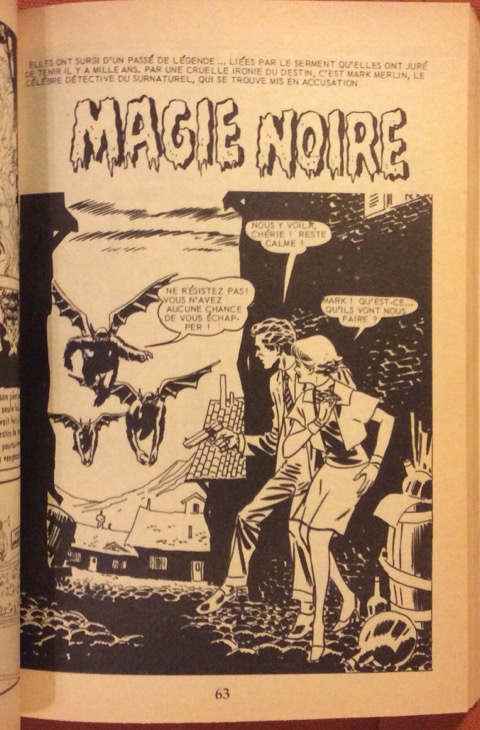 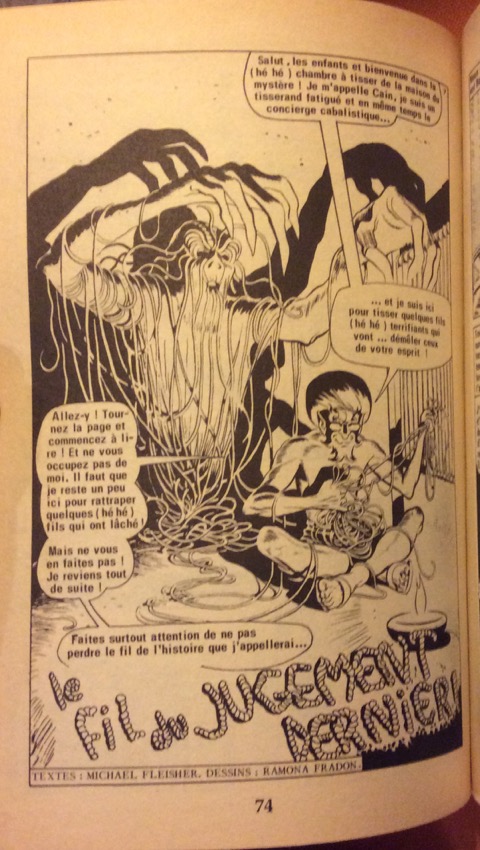 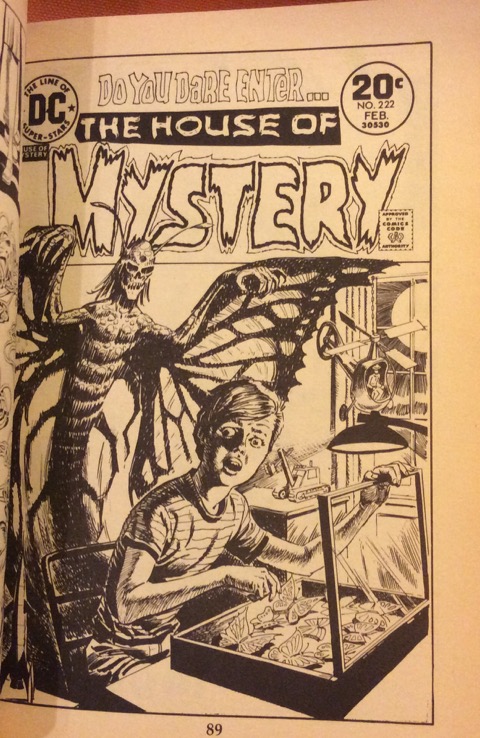 The first half of the Spectral Album comes to an end and the Bimonthly begins, as if glued into the larger book. From here on out, the book is the same as the Bimonthly; second verse, same as the first. Swamp Thing 32 “Pog”, is omitted from the Swamp Thing storyline housed within this Album. Perhaps the publisher felt continuity was stronger without the tragically cute tale. 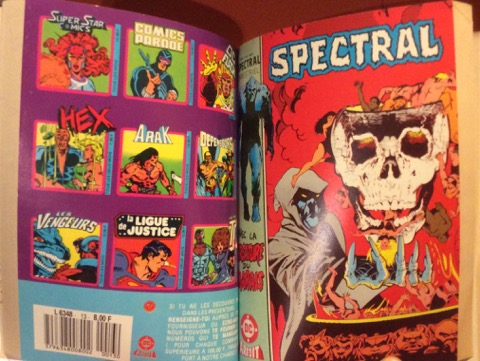 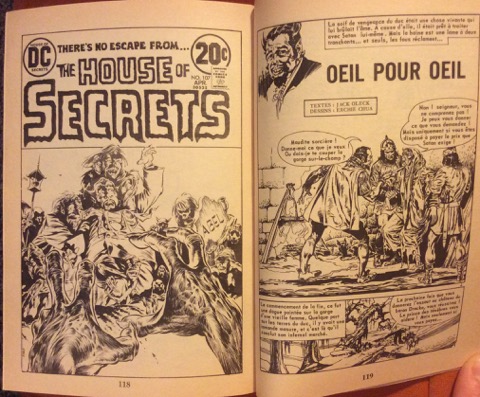 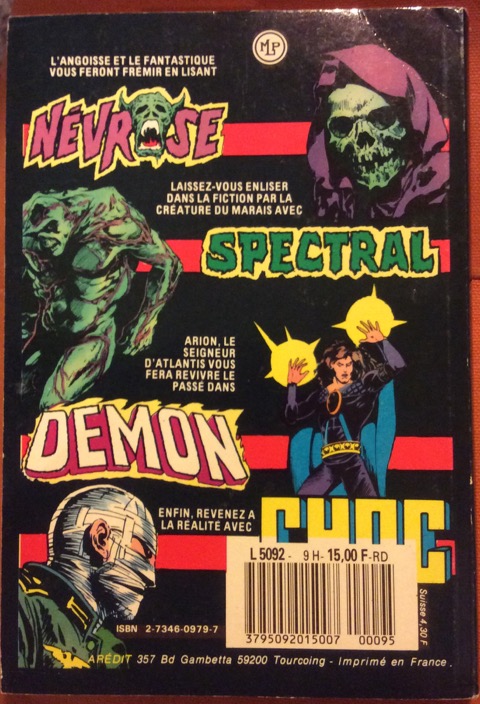