I don’t read much Cerebus but when I do, it involves random issues featuring Swamp Thing parodies. These two issues re-introduce the oddly conjoined group consisting of Sumpthing, Womanthing and the Artist. Previously seen in Cerebus 25 and 82

Cerebus makes it to the top of the tower with his gold sphere and is recieved by Sumpthing (Fred), Womanthing (Ethel) and the Artist. The Artist threatens Cerebus, encouraging him to jump to his demise.

The Artist does the talking while Sumpthing tries to sound it out. 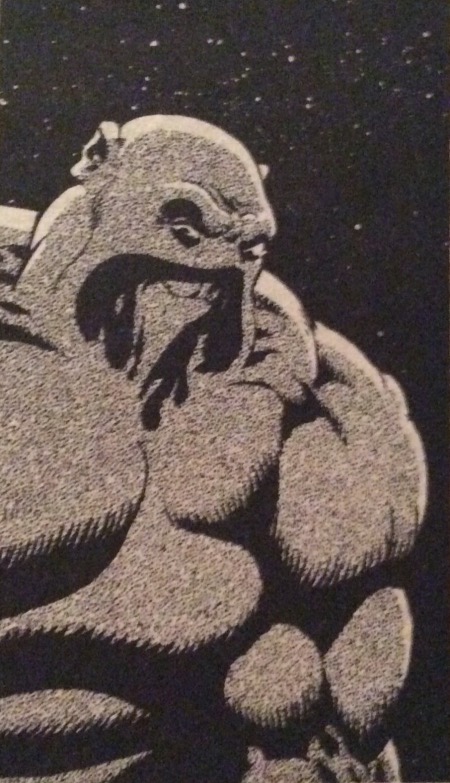 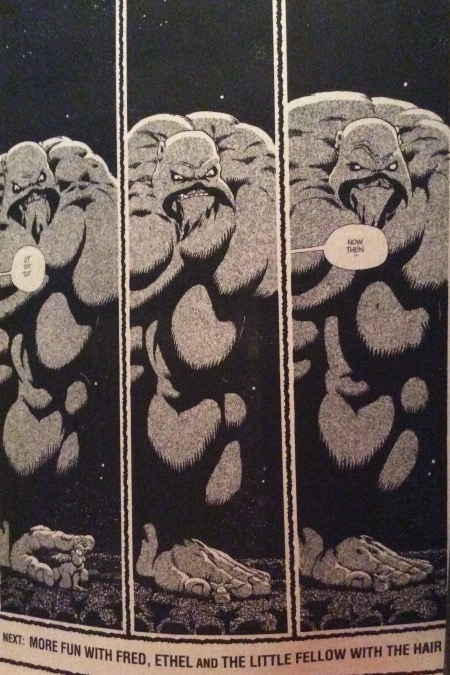 Here’s the part that kind of loses me.
Sumpthing, Womanthing and the Artist keep getting bigger while the tower grows toward the moon.

While the Artist babbles on about consequence and sacrifice, Cerebus takes the opportunity to jump into the tower to hide.

With Cerebus out of the picture, the three channel their efforts on their own gold sphere and continue to grow at a much quicker rate… 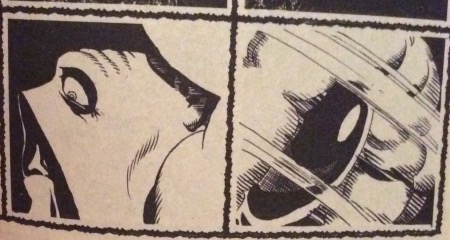 while the tower becomes little more than a pedestal in space.

They fall into the great void of space while the tower grows toward the moon with Cerebus safely on the top.