Swamp Thing appears in this fantastic, oversized German edition. It collects a number of Batman stories and Swampy’s appearance falls within “Ein Monster Sieht Rot!” , originally printed in Swamp Thing 7 (1973). A fellow Swamp Thing fan let me know that this is Swampy’s first appearance in a German comic. I thought that was pretty darn cool!

The cover of the book is unique in that it references the Swamp Thing story, “Night of the Bat” but does not use the original cover. I love finding non-US editions that feature reinterpreted Swamp Thing covers. 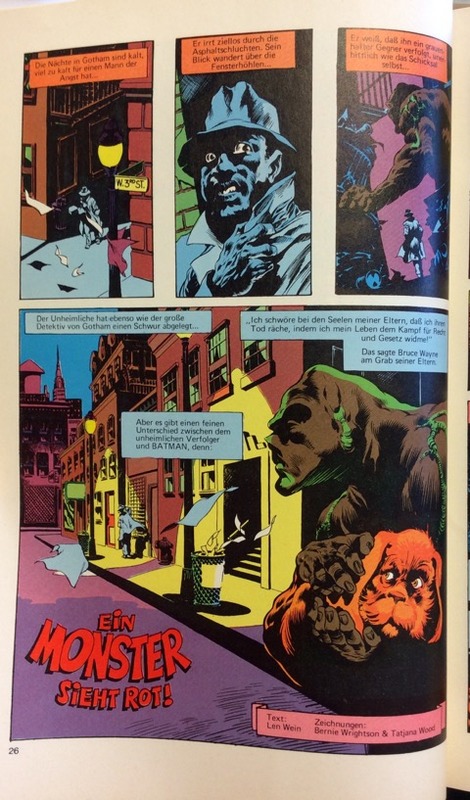 While thumbing through the book, I was really surprised to see this cool centerfold. The image comes from Detective Comics 410, drawn by Neal Adams, with Dick Giordano on inks. 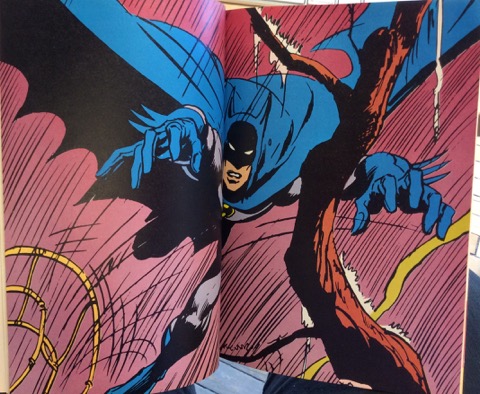 Below are some other tales featured in the edition.